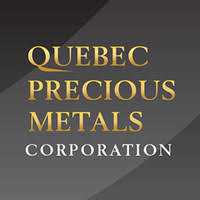 Quebec Precious Metals Corporation (TSX-V:CJC) (OTCQB:CJCFF) (FSE:YXEP) is pleased to report the discovery of the La Pointe Extension following the winter diamond drilling program on the 100% owned Sakami Project (the “Project”) in Quebec’s Eeyou Istchee James Bay territory. Significant additional drilling will be required to better define the exploration potential of this discovery. The La Pointe deposit and new La Pointe Extension discovery are part of a larger 13-kilometre-long mineralized trend on the Project striking SSW-NNE (see Figures 1 to 5).

Based on of the recently reported surface results (see press release of October 22, 2019), the objectives of the winter 7,448 m oriented-core drill program were to:

Drilling is scheduled to start again in June. The Quebec governmental authorities, in response to the COVID-19 pandemic, has indicated that mineral exploration can resume in May 2020. The fully-funded continuation of the 25,000 m drilling program announced early this year is to be carried out with two drills already on site. The pending results from 19 DDH are summarized below:

The drilling results indicate that gold-bearing mineralization at the La Pointe Extension discovery and La Pointe have a similar geological character: hosted within a volcano-sedimentary sequence of the Yasinski Group (La Grande Subprovince) which is metamorphosed to amphibolite facies and strongly deformed by a regional WSW to ENE event. This sequence is in contact with sedimentary rocks of the Laguiche Group (Opinaca Subprovince) to the east. The lithologies are composed mainly of: 1) biotite-rich and silicified paragneiss with intrusions of granodiorite, tonalite and pegmatite, and 2) amphibolite (metamorphosed sedimentary iron formation and mafic volcanic rock). The gold mineralization is accompanied by disseminated arsenopyrite, pyrite and pyrrhotite and cross-cutting quartz-carbonate veinlets.

Key observations from the winter drilling program are as follows:

An IP survey is planned over the La Pointe Extension area on a 2.5 km by 1.0 km grid (see Figure 4). It is anticipated that the results from the survey will augment the size of the area to be drill-tested.

Normand Champigny CEO of QPM, stated: “The discovery of the La Pointe Extension is the most significant development on the Project since the creation of the Company. We look forward to start drilling again and demonstrate the very significant exploration potential of the Project.”

The Project provides the Company with a controlling position over a 23-kilometre-long segment of a favourable geological contact and comprises of 259 claims (131.1 km2). It is located 570 km north of Val d’Or, 120 km east of the municipality of Wemindji, 90 km from the Éléonore gold mine and 47 km northeast of the paved James Bay Road. Good infrastructure is present including major access roads, a hydro-power grid and airports. Drilling can be carried out throughout the year.

The drilling contract was awarded to Forage Val d’Or Inc. based in Val d’Or, Quebec. The DDH diameter is NQW. Drilling took place from January 15 to March 24, 2020. Quality assurance and quality control procedures have been implemented to ensure best practices in sampling and analysis of the core samples. The drill core was logged and then split, with one-half sent for assay and the other retained in the core box as a witness sample. Duplicates, standards and blanks were inserted regularly into the sample stream. The samples were delivered, in secure tagged bags, directly to the ALS Minerals laboratory facility in Val-d’Or, Quebec. The samples are weighed and identified prior to sample preparation. All samples are analyzed by fire assay with AA finish on a 30 g sample (0.005-10 ppm Au), with a gravimetric finish for assays over 10 ppm Au.

The Company announces that pursuant to the option agreement between Lomiko Metals Inc. and QPM, the agreement has been amended as follows:

Normand Champigny, Eng., Chief Executive Officer of the Company, and Jean-Sébastien Lavallée (OGQ #773), geologist, Vice-President Exploration, director and shareholder of the Company, both Qualified Persons under NI 43- 101 on standards of disclosure for mineral projects, have prepared and approved the technical content of this release.

QPM is a gold explorer with a large land position in the highly-prospective Eeyou Istchee James Bay territory, Quebec, near Newmont Corporation’s Éléonore gold mine. QPM’s flagship project is the Sakami project with significant grades and well-defined drill-ready targets. QPM’s goal is to rapidly explore this project to advance it to the mineral resource estimate stage.