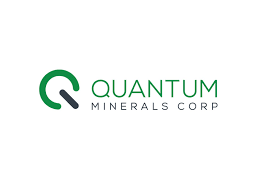 QMC Quantum Minerals Corp., (TSX-V: QMC) (FSE: 3LQ) (OTC PINK: QMCQF)  further to its February 12, 2021 news release, the Company has received conditional approval from the TSX Venture Exchange for its a non-brokered private placement for $2.1 million. The private placement will consist of issuing 7.5-million units at $0.28 per unit, where each unit will consist of one common share and one common share purchase warrant exercisable at $0.37 per warrant for a period of 24 months. In the event that the closing price of the Company’s shares as quoted on the TSXV exceeds $0.50 per share for ten consecutive trading days, the Company may accelerate the expiry date of the warrants by giving notice to the holders, within five days of such event, thereof, and in such case, the warrants will expire on the 30th day after the date on which such notice is given by the Company.

Balraj Mann states: “We are now seeing the rapid transition to electric vehicles.  Just last week, Land Rover Jaguar announced its Jaguar brand vehicles will be all-electric by 2025 joining the list of manufactures who have determined this is the future. QMC has the potential to supply not only lithium, but nickel, copper, gold and various rare-earth metals to the markets.  We are in close proximity to the new EV car plants of southern Ontario (Fiat-Chrysler, Ford, GM), Michigan (GM, Rivian) and Ohio (Lordstown,), as well as the battery-manufacturers: Samsung SDI with a plant in Michigan and LG Energy Solution with plants in both Michigan and Ohio.  QMC can and will be an important part of the supply chain.”

Finders’ fees may be paid by the company in conjunction with the completion of the private placement in accordance with TSX Venture Exchange policies.

The Company reserves the right to accept, reject or partially fill any subscriptions received up to the aggregate amount permitted by the TSX-V.

Certain insiders are expected to participate in the private placement.  The participation of such directors and officers in the offering will constitute a related party transaction for the purposes of Multilateral Instrument 61-101 (Protection of Minority Security Holders in Special Transactions).  The company will be exempt from the requirements to obtain a formal valuation or minority shareholder approval in connection with the offering in reliance on sections 5.5(a) and 5.7(1)(a) of MI 61-101.

The Company intends to use the net proceeds from the private placement for working capital, advancing its mineral properties, and general corporate purposes.