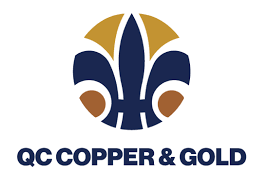 QC Copper and Gold Inc. (TSX-V: QCCU) is pleased to report the final assays results from its Summer 2021 diamond drilling program on the Opemiska Project in Chapais, Quebec. With final assays received, the Company is now working towards the completion of a maiden resource estimate which is expected to be announced in mid-September. Highlight intervals from the final batch of assays include Holes 69, 82 & 84 highlighted below:

Hole OPM-21-69 (East of Perry Pit) returned 110 metres grading 0.65% CuEq starting 34.5 metres downhole. This intersection also included an interval of 36.0m which assayed 1.62% CuEq. This hole is located on the periphery of past-producing Perry Mine.

“With final assays in hand, we’re quickly advancing towards completion of our maiden resource estimate for the Opemiska project. Today’s results drilled to the east, and outside of the Perry conceptual pit, demonstrate the continuation of Springer/Perry mineralization towards the east. While drilling is limited in this new zone, it represents core focus for future expansion of our upcoming resource. Other key sources of exploration upside include the immediately adjacent Cooke-Robitaille projects and numerous targets along the the Beaver Lake Fault corridor which is analogous to the highly-productive #3 vein at the Springer mine” said Charles Beaudry, P.Geo and géo., Director and Vice President Exploration for QC Copper & Gold, a Qualified Person, as defined in National Instrument 43-101, Standards of Disclosure for Mineral Projects

Click here to View a Plan view of the Intersections from Table 1.

Field-based and drill hole evidence indicates that several orientations of veins are present on the Opemiska Property. Around the Springer Mine, veining is predominantly EW trending and steeply dipping to the north. South-facing drill holes were conducted in order to better approximate true widths. However, mineralized intervals typically expand well beyond the main veins as part of cross cutting veinlets creating disseminated mineralized halos. In the disseminated mineralization, the true width of intersections is estimated to be the same as the drill core width.

The Opemiska Copper Complex is located adjacent to Chapais, Quebec, within the Chibougamau region. Opemiska is also within the Abitibi Greenstone belt and within the boundaries of the Province of Quebec’s Plan Nord, which promotes and funds infrastructure and development of natural resource projects. The Opemiska property covers 12,782 hectares and covers the past producing Springer, Perry, Robitaille and Cooke mines, previously-owned and operated by Falconbridge between 1953-1991. The project hosts excellent on-site infrastructure, including a power station and direct access to Highway 113 and the Canadian National Railway.