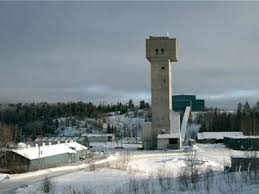 Pure Gold Mining Inc. (TSX-V:PGM) is pleased to announce that drilling has commenced at its 100% owned Madsen Gold Project located in the prolific Red Lake gold district of northwest Ontario. The $4.0 million exploration program, which includes 9,000 metres of diamond drilling, is designed to test and expand the current mineral resources(1 ), while concurrently testing for high-grade, 8 Zone-style targets developed through ongoing consolidation and evaluation of the large historic database.

Initial drilling will be focused on near-surface step out drilling around the high-grade mineralization along the 12-km long Madsen Mine Trend. The first target to be drilled is McVeigh Ramp, targeting the projected downward extension of McVeigh. Other targets to be drilled include the Fork Zone, Junction and Point. Russet South, along the 10-km ultramafic target and up dip from 8 Zone, and a number of other high priority targets will be tested later on in the year. All of the drill targets are located on patented ground and are easily accessed.

ABOUT THE MADSEN GOLD PROJECT

Owned 100% by Pure Gold, Madsen is located in the Red Lake gold district of northwest Ontario and is over 50 square kilometres in size, which makes it the third largest land package in the Red Lake region.

A new interpretation of the role of folded ultramafic contacts and structural controls have resulted in multiple recent discoveries in the Red Lake district, including Goldcorp’s High Grade Zone at the Red Lake Mine Complex, the Bruce Channel system at the Cochenour Mine, and the F2 Gold System at Rubicon’s Phoenix Mine. The environment and mineralization at Madsen’s 8 Zone is similar to other recent high grade discoveries in the district. Recent resampling of historic drilling at the 8 Zone returned 38.26 g/t gold over 7.5 metres (see news release dated July 7, 2014). Pure Gold believes the opportunity exists to apply modern exploration science and a new understanding of the district to achieve similar success along the ultramafic contact at the Madsen Gold Project.

At Madsen, the 10 km-long ultramafic contact is highly prospective for additional high-grade discoveries, and numerous recent discoveries along this contact have only been partially advanced. Pure Gold is pursuing a strategy of exploring for additional near surface high-grade mineralization along the 12 km-long Madsen Mine trend and the 10 km-long ultramafic contact.

Our mandate is pure and simple. To dream big. To colour outside the lines. To use smart science and creativity to unlock the next multi-million-ounce gold discovery at the Madsen Gold Project in Red Lake, Ontario. And become Canada’s next iconic gold company.