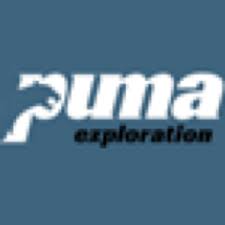 Puma Exploration Inc. (PUMA-TSX-V) and Trevali Mining Corporation (TV-TSX) are pleased to release the drill results for the metallurgical drilling program conducted at the Murray Brook Deposit. The program successfully intersected the Massive Sulphide Deposit in each hole matching perfectly with the Resources Model and a potential internal mine design.

Highlights of the Metallurgical Drilling Program

“We are very happy with the initial drill results of the metallurgical drilling program. Those results represent well the continuity and the high-grade core of the Massive Sulphide Deposit which brings different potential mining scenarios at Murray Brook”, notes Marcel Robillard, President of Puma Exploration.

The technical team is currently logging and sampling the drill holes of the geotechnical and exploration drill programs and are supervising the execution of Borehole geophysical surveys. The survey is aimed at localising new mineralised zones in proximity of the recent drill holes and characterizing the mineralization intersected in the holes.

Note: the true thickness is ranging from 70%-90% of the core intercepts.

Note: the true thickness is ranging from 70%-90% of the core intercepts.

All sampling, drilling, testing and analysis are conducted using rigorous QA/QC procedures to ensure reliability and validity of results beyond basic regulatory guidelines. The driller is responsible for insuring that the core placed in boxes is in correct order and marking the length tags for each rod-length of core as well as the inside of the core boxes where the tag is located. This step is examined by the technician and supervised by the on-duty project geologist. The driller picks up core boxes from the drill site and takes them to the drill core logging facilities in Bathurst.

Boxes are then laid out on logging tables and checked to make sure that the core is continuous and in the right order in each box. Geological logging of core is conducted, and sample positions are marked to conform to lithological/alteration changes. Sample numbers are written inside of the core boxes corresponding to pre-printed sample tags. Chalk lines are marked down to identify the axis of core, and boxes for sampling are moved to cutting area. Diamond saw blade cutters are used to cut the core in half.

Core boxes are returned to their places in order on the logging tables. Strong plastic rock sample bags are labelled with sample’s number on the outside and the sample tags are inserted inside. Then, one half of the core is placed in its respective sample bag. The second half is kept at the Alliance warehouse for future reference.

The samples are shipped, stored and assayed at the laboratory of the Caribou Mine site held by Trevali Mining Corporation. Trevali has an option to acquire 75% interest in the Murray Brook Deposit from where the drilling program was conducted. The samples are crushed and pulverized at a range of 80 to 100 microns. The crusher and pulverizer are cleaned with pressurized air between each sample. The samples are assayed by Absorption Atomic for Zinc (Zn), Lead (Pb), Copper (Cu), Silver (Ag) and Iron (Fe) content. For QA/QC, there are typically 8 standards runs for each batch of 25. A duplicate is done at least once every 50 samples, no blanks are run. Pulps are currently stored in the lab in labelled brown sealed bags which in turn are stored in organized labelled boxes. Coarse rejects are stored in labelled 18L pails on pallets inside the Alliance warehouse.

The core of the mineral resource occurs in the West Zone (Zinc-Lead) which is 200 meters wide, extending from surface to 300 meters vertical and the true thickness of the Massive Sulphide body varies from 75 meters to 100 meters. The East Zone (Copper-Gold) is 100 meters wide, also extending from surface to 300 vertical meters and is mainly mineralized with Gold and Copper. On February 20th, 2017, a NI 43-101 report was filed on SEDAR.

Trevali’s Caribou mine is located approximately 10 kilometers east of the Murray Brook Deposit. It comprises an underground mine, a 3.000-tonne-per-day (tpd) processing mill, a flotation recovery plant, metallurgical and geochemical laboratories, as well as a tailings management facility.

Puma Exploration is a Canadian mineral exploration company with advanced precious and base metals projects in Canada. The Company’s major assets consist of an option to acquire 100% beneficial interest in the Murray Brook Property, the Turgeon Zinc-Copper Project and the Nicholas-Denys Project, all located in New Brunswick. Also, Puma owns an equity interest in BWR Resources, Manitoba. Puma’s objective is to focus its exploration efforts in New Brunswick.

Technical information provided in this news release was prepared and reviewed by Marcel Robillard, P.Geo., President,  and Dominique Gagné, P.Geo., Vice President Exploration of Puma Exploration, qualified persons as defined by NI 43-101. Neither TSX Venture Exchange nor its Regulation Services Provider (as that term is defined in the policies of the TSX Venture Exchange) accepts responsibility for the adequacy or accuracy of this release. Mr. Robillard and Mr. Gagné are not independent of the Company, as both are officers and shareholders thereof.