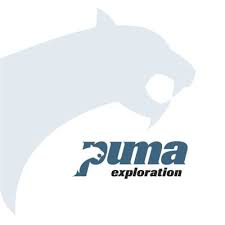 Puma Exploration Inc. (TSX-V:PUMA) has signed an option agreement to acquire 100% interest in the Williams Brook Gold property. This property covers 5,190 hectares and is located in northern New Brunswick, only 25 kilometers east of our 100% held Jonpol Gold property.

There are known gold occurrences grading up to 50.8 g/t Au, previously sampled in bedrock, within the property. There are also numerous gold soil anomalies and extremely anomalous till samples, with up to 508 gold grains, discovered over an area of approximately 12 by 3 kilometres. Drilling has been limited to a small area of approximately 1.4 by 0.8 kilometres and includes significant intersections that warrant follow-up drilling. Drill hole WB-08-04 intersected 28.0 meters grading 0.91 g/t Au within the rhyolite, which was altered from the collar to a depth of 60.7 meters down the hole. Grades in the altered rhyolite from WB-08-04 drill hole ranged up to 5.4 g/t Au over 1.0 meter. Other significant drill results include hole WB-08-11 with 11.2 g/t Au over 2.8 meters. In the same area, grab samples collected in trenches returned values of 3.5 g/t Au and 14.0 g/t Au. Also, floats grading 28.0 g/t Au and 40.5 g/t Au were found.

To date, the main focus of exploration was centered on an area of approximately 2.0 by 1.5 kilometers, an area which includes numerous gold occurrences, as well as the initial discoveries from 2005. An induced polarization survey indicates that the alteration zones remain open to the south of the surveyed area. An IP survey carried out in 2012 identified anomalous chargeability that remains untested to the north of the earlier surveys. Moreover, a reconnaissance soil survey line, crossing the south end of this IP anomaly, returned a value of 63 ppb Au, possibly indicative of another alteration zone. Puma’s team is currently compiling the data to generate the exploration program to be conducted for the 2020 field season.

Two types of gold mineralization have been identified on the Williams Brook Gold property. One type is associated with disseminated pyrite in salmon pink altered rhyolite, with local breccia texture and quartz veinlets. This type of mineralization has been found in two broad subparallel northeast trending zones which have been interpreted using induced polarization, soil geochemical surveys, trenching and diamond drilling to extend over a combined strike length in excess of two kilometers. This type of zones is known to occur over horizontal widths exceeding 40 meters. The highest gold grades have been found in quartz veins and heavily quartz veined rhyolite that contain variable concentrations of disseminated and/or veinlets of pyrite. Gold-bearing quartz veins have returned up to 50.8 g/t Au. The gold-bearing quartz veins have been observed trending northwest, approximately perpendicular to the trend of the alteration zones.

Puma may acquire a 100% undivided ownership interest in the Property according to the following terms:

Issuing a cumulative amount of 500,000 shares of Puma and $100,000 cash payments to the Owner, according to the following schedule:

The Owner will retain a 2% net smelter return (“NSR”) royalty on any saleable production from the Property. Fifty percent of the NSR royalty (i.e. 1%) may be purchased by Puma for $1,000,000. Puma retains a right of first refusal on the remaining 1% NSR royalty that is held by the Owner. The transaction is subject to the TSX Venture Exchange approval.

Marcel Robillard, PGeo, qualified person as defined by Canadian National Instrument 43-101 standards, has reviewed and approved the geological information reported in this news release. Neither TSX Venture Exchange nor its Regulation Services Provider (as that term is defined in the policies of the TSX Venture Exchange) accepts responsibility for the adequacy or accuracy of this release. Mr. Robillard is the President and CEO of the Company.

Puma Exploration is a Canadian-based mineral exploration company with precious and base metals projects in early to advanced stages located in the Famous Bathurst Mining Camp (BMC) in New Brunswick, Canada. Great efforts will be made by the Company in the coming years to deploy its DEAR strategy (Development, Exploration, Acquisition and Royalties) in order to generate maximum value for shareholders with low shares dilution.