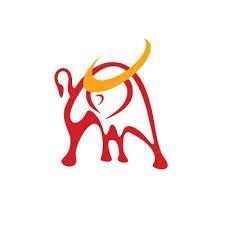 Pucara Gold Ltd.  (TSX-V: TORO) announces that 25 holes totalling 3,955m of drilling (see figure 1 and appendix 1) were successfully completed on budget and safely at the Lourdes Gold Project in Peru.

Drilling results confirmed the presence of gold mineralization hosted within silicified diatreme breccias within a 1.5km trend along the eastern portion of the Lourdes project area. Five of the nine target areas were tested with follow up drilling planned during Phase II.

Drill holes in the North Diatreme and the northern portion of the Jellopata diatreme target areas encountered substantial thicknesses of favorable silicic alteration and confirmed the target concept. Gold mineralization was not encountered. Drill hole intercepts suggest remaining potential to the south due to an inferred vector toward coarse diatreme breccias indicative of the vent source, the increased presence of massive to vuggy silica with depth, limonite contents, and anomalous gold in surface sampling.

Ken Balleweg, VP Exploration, “Our initial drill program at Lourdes was testing an area of approximately six square kilometers and will require additional holes to test the full potential of the targets. This first subsurface data has allowed us to focus in on the most promising area of the greater Paccha Huayco complex. The Chucllani intercepts provide an encouraging vector toward the structural feeder that has the highest probability of hosting an economic gold deposit.”

Steve Zuker, CEO.” We are encouraged by the results of the first ever drill program at Lourdes. Our drill program gave us critical information in the third dimension, assisting us to target the best host rocks, alteration, and structural setting for gold deposition. We will use this new information to target drilling for Phase II and to prioritize numerous attractive, but previously less understood, target areas. We are well financed to continue with Phase II drilling at Lourdes and initiate the first ever drill campaign at our Pacaska Gold-Copper Project.”

Discussion of Phase I Results

Chucllani has strong similarities of mineralization and alteration to the Apumayo gold deposits being mined 14km to the south. The primary drill target consisted of a more than 200m long northeast-trending zone of granular silica alteration with outcropping gold mineralization up to 0.64 g/t Au. Drilling indicates that the gold zone is stratiform, occurring in the basal portion of a zone of granular to massive silica extending laterally outward from the Paccha Huayco diatreme and outcropping 150m south of the drill collars. While low-grade, the zone is comparable to granular-silica hosted ore-grade mineralization at the Apumayo Mine.

The Chucillani intercepts are most likely the distal portion of a structurally controlled gold zone located to the northwest toward the Paccha Huayco diatreme and warrants additional step-out drilling to be included in Phase II.

Multiple stages of cross-cutting hydrothermal breccias are present, as well as late-stage cross-cutting silica veinlets similar to those carrying gold at the Apumayo Mine. Anomalous gold concentrations were encountered at depth and appear to be correlative with Chucllani intercepts. The hole ended in strongly altered andesite host rock, indicating that the hole is not located in the central diatreme vent area and the target therefore requires additional exploration drilling.

Eight holes were drilled into the northern 600m of the 1.2km long Jellopata diatreme resistivity anomaly and targeted the inferred central diatreme feeder. Thick 100m to 229m plus intercepts of highly oxidized granular to massive silica alteration were encountered that are anomalous in molybdenum but lack anomalous gold concentrations.

One Jellopata drill hole (LOU003) appears to have penetrated close to the inferred diatreme feeder, with the others transecting altered lateral and distal stratiform diatreme fill sediments. Drill hole LOU003 had the thickest silica interval encountered of 229m, and the hole was lost in favorable silicic alteration in a fault zone at 246m. The hole showed transition to more favorable vuggy and massive silica with higher limonite content at depth.

The character of the drill hole lithologies suggest remaining potential to the south due to the presence of coarser diatreme fill breccias, increased massive to vuggy silica with depth, higher limonite contents and more gold in surface sampling.

Four holes were drilled into the Ayani target, a structurally controlled zone located at the extreme northeastern portion of the Lourdes system. Drill holes encountered the strongest trace element geochemical signature of the program and weakly anomalous gold. Alteration indicative of the upper barren portion of the hydrothermal system was encountered; follow-up drilling will test the deeper portions of the zone.

The Cascada target, containing some of the most continuous outcropping gold mineralization, was not tested during the Phase I program due to difficult access. Plans are to test the target at the start of the Phase II program.

Drill hole intercepts to date suggest that the Cascada–Paccha Huayco–Chucllani area is a larger continuous system and the most favorable for gold mineralization.

The Phase II drilling program is planned to recommence after the end of the rainy season in April. Evaluation of the drilling data will continue over the next months and will be integrated with into the existing exploration data to improve targeting for follow-up drilling. Phase II drilling will focus on step-out drilling to locate the Chucllani–Paccha Huayco structural feeder, testing the Cascada Diatreme, and following up on other targets identified from the Phase I drill campaign.

Pucara has a Quality Assurance and Quality Control (“QA/QC”) program for all of its exploration projects which conforms to industry best practices. Samples are sent to ALS PERU SA, an ISO/IEC 17025:2017 accredited laboratory, in Lima, Peru for analysis. Analytical method is a 30-gram fire assay with atomic adsorption finish. Strict sampling and QA/QC protocol are followed, including the insertion of standards, blanks, and duplicates on a routine basis. Results of these QC samples are tracked and failures are re-analyzed. Sample intervals are usually 1.5m. All exploration diamond drill cores are split in half by core sawing and sampled at appropriate intervals for assay. The remaining core, coarse reject and pulps are stored on-site in a secure location. Composites presented in the assay results table include intervals at greater than 0.1 g/t Au over a 1.5m minimum width.

The wholly-owned Lourdes Gold Project is a fully-permitted, high sulfidation epithermal precious metal project, which lies at the intersection of two regional mineralized trends with neighboring high sulfidation prospects and a producing mine. Pucara has identified a complex of nested diatremes, vent breccias, and breccia bodies at Lourdes that are similar in size (km2) and associated alteration to the high sulfidation epithermal gold deposits at Yanacocha and Pierina in northern Peru, and the Mulatos district of Mexico. The 2,576 hectare-property is approximately 400 kilometres southeast of Lima and is easily accessible by a paved, single-lane road originating in the town of Puquio, 155 kilometres east of the Pan American Highway.

The Pacaska Gold-Copper Project consists of a highly prospective and contiguous area of 7,650 hectares over nine concessions, wholly owned by Pucara Gold. Pacaska is a high sulfidation epithermal precious metals project with a possible copper porphyry system at depth. The alteration system contains anomalous, outcropping concentrations of gold with values in rock of up to 17 g/t and anomalous copper in rock of up to 11%. Pacaska is easily accessible by a paved, single lane road originating at the Pan American Highway in the town of Palpa 90 kilometres southwest of Pacaska.

The Company is currently permitting the Pacaska project for drill testing, after completion of a large IP survey, which identified resistivity anomalies extending to depth correlative with the gold-bearing breccias, as well as a large broad chargeability anomaly suggestive of a porphyry copper system. Multiple drill targets have been selected. The Company expects to inform the market about its 2021 work program at Pacaska in a forthcoming corporate update.

Pucara Gold is a well-financed junior exploration company focused on the discovery and advancement of economic precious metals deposits in resource-rich Peru. Pucara has a portfolio approach to project acquisition and controls nine precious and base metal projects, located in Peru. Pucara is advancing six projects while the remaining three are under option agreements with strategic partners. Pucara plans to grow through discoveries, strategic relationships, and grassroots exploration. 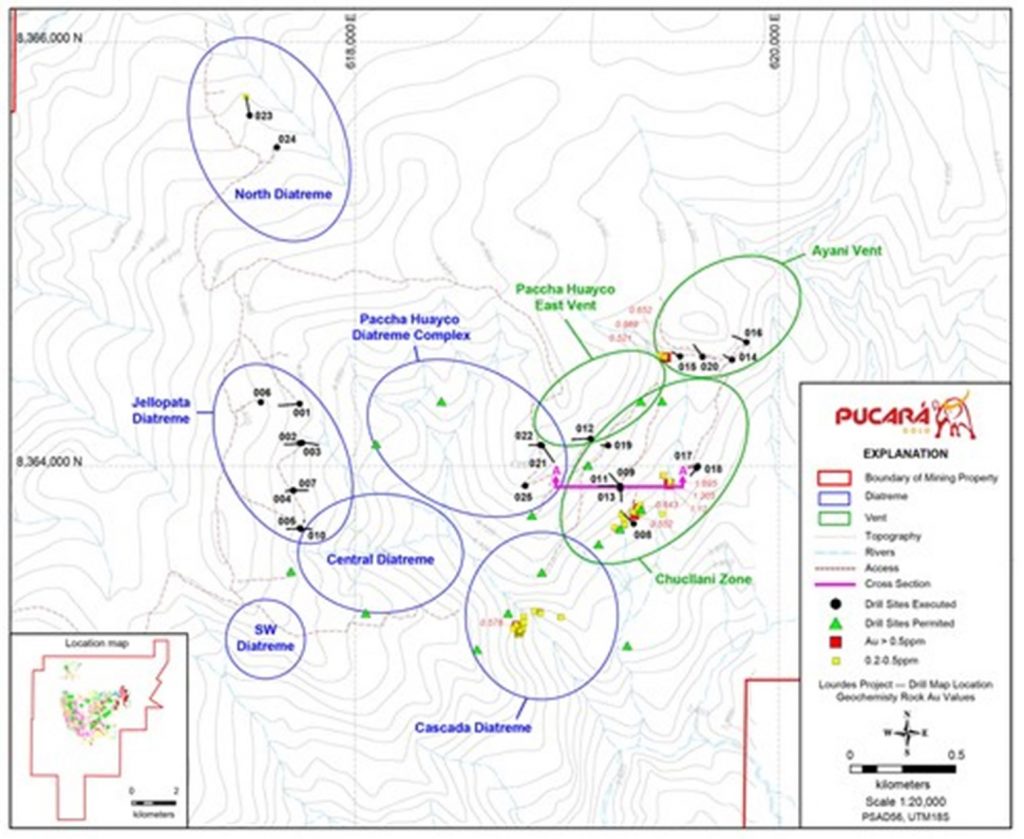 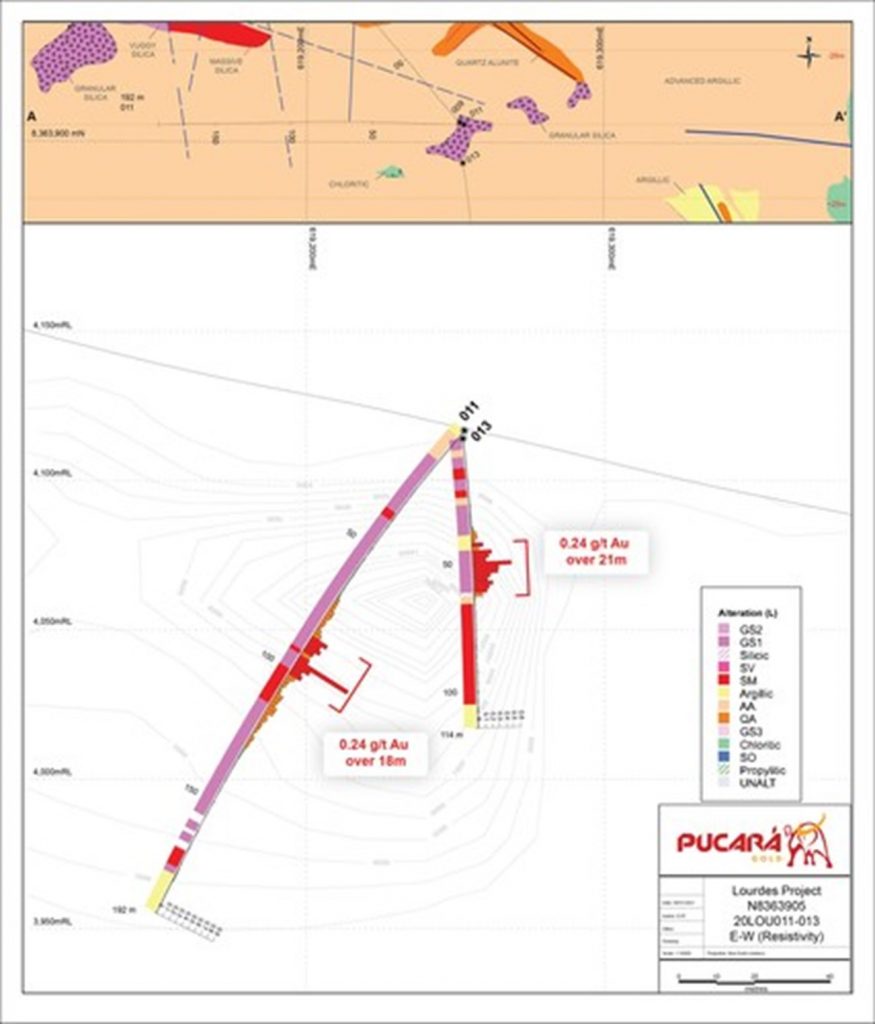