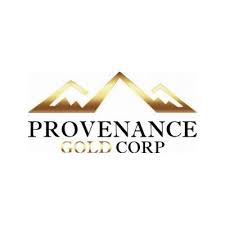 Provenance Gold Corp. (CSE: PAU) (FSE: 3PG) (OTCQB: PVGDF) believes it controls a large open-pit grade gold deposit in in Elko County, Nevada. The strong assays from its first hole recently drilled in the northern part of a 3.2 km by 1.6 km mineralized area identified by Provenance on the White Rock Property reinforces the belief that it controls a major new discovery. Drilling continues on the property and currently five holes are in the lab being prepared for assaying.

The rationale for drilling this first hole was to confirm historic exploration, to confirm continuity of mineralization and to begin to establish details of the mineral system. Provenance believes the local gold plumbing system that carried the gold into the sedimentary rocks is also nearly vertical, so the hole was likely testing the disseminated gold mineralization that has spread into the host sedimentary rocks. Planned angled drill holes will begin to locate the “feeder” veins for the system.

Provenance is planning to drill at least 25 holes in this first drilling phase in this mineralized system. Nearly all the historic 67 holes were vertical, yet intercepted gold mineralization. The Company’s goal is to verify the scale of the deposit, which the Company believes to be very large, and to define its internal geometry.

White Rock is in the far northeast corner of Nevada, which is in a region that has had limited exploration and discovery. However, two recent nearby developments include the discovery and development of Long Canyon by Newmont and rediscovery of the Black Pine, Idaho deposit by Liberty Gold. Black Pine continues to grow with a recent announcement of a new open-ended resource.

Steve Craig, Senior Consultant to Provenance said, “Work continues to better establish controls on mineralization and with the identification of a northwest trending anticlinal fold axis, we believe we may have found a key mineralized trend and control structures. Host Permian sedimentary rocks have been domed, folded, and silicified suggesting that gold mineralization could have been focused very much like an oil trap. We believe White Rock hosts a large open-pit grade gold system similar to others being mined in Nevada and our initial drilling program will begin to define it.”

Nathan Tribble, Technical Advisor to Provenance stated, “Confirming the historic mineralization on the White Rock property provides the needed leverage in the exploration program that we have been waiting for. Drilling similar gold grades to what we see regionally in Nevada adds immediate value to our strategic planning and upcoming programs. Utilizing this data with the current geological model allows us to explore the property in a way that supports both technical and operational concepts.”

Quality Assurance and Quality Control: The reverse-circulation drilling program utilized by Provenance completed a quality assurance / quality control program with control samples consisting of standards, blanks and duplicates inserted approximately every 100 feet. Control samples were randomly inserted into the sample stream prior to being sent to the laboratory. The RC drill sampling was in five-foot sample intervals. Drill samples were taken to Paragon Geochemical, an ISO 9001 compliant company in Sparks, Nevada for fire assaying for gold and silver. The rejects and pulps remain with Paragon in Sparks, Nevada. The QA/QC program was implemented as part of the sampling procedures for the exploration program.

Rauno Perttu, P. Geo., a Qualified Person (as defined by National Instrument 43-101), and the Chief Executive Officer of the Company, has reviewed and approved the technical contents of this News Release.

Provenance Gold Corp. is a precious metals exploration company with a focus on gold and silver resources within North America. The Company currently holds interests in three properties in Nevada, USA.