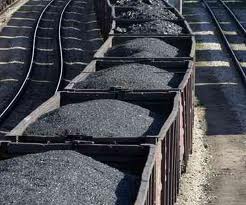 Prophecy Coal Corp. (TSX:PCY)(OTCQX:PRPCF)(FRANKFURT:1P2) is pleased to provide the following update regarding its Chandgana coal mine-mouth power plant project located in central Mongolia.
As previously announced by Prophecy, all major permits required for the construction of the Power Plant have been received and required studies have been completed, including land use rights, geotechnical study, environmental impact assessment study, raw water supply feasibility study and seismic study. Prophecy made progress with scheduled preliminary mobilization, design and engineering work in Q1 2013, and seeks to accomplish the following objectives in Q2 2013:

Prophecy continues on-going discussions with the Ministry of Energy of Mongolia, its various working groups and the Energy Regulatory Commission on the Power Purchase Agreement (PPA) and the Tariff Application. Although all parties have indicted willingness and desire to conclude the PPA and Tariff Application, this is a time-consuming process, as the PPA is a major power off-take agreement with an independent power supplier for the Mongolian energy sector. Prophecy is optimistic that the negotiation of the PPA and Tariff Application can be successfully completed and will provide updates as appropriate.
Prophecy has received final detailed binding turnkey EPC quotes, amended for various cost optimization measures and transportation scenarios. The respective tailored EPC contract(s) are ready to be executed, pending conclusion of the PPA.
The Chandgana Power Project has attracted several major independent power plant enterprises assessing a potential investment in the Power Project. One interested IPP enterprise has established an office in Mongolia, and is collaborating with Prophecy on the Power Project’s technical and commercial aspects. Joint development discussions on the Power Project are actively on-going with a number of IPP enterprises.
In order to diversify its potential power supply customer base, Prophecy has discussed direct power purchase contracts with potential customers in the mining industry, who need substantial electricity in the South Gobi region. While the discussions are preliminary at this stage, Prophecy believes that it can deliver very competitive, tangible, energy solutions to offset the very high Chinese electricity export tariffs in the South Gobi region, for the benefit of the general Mongolian economy, including the mining industries in Mongolia.
About Prophecy’s Power Plant Project
Prophecy Coal Corp. is a Canadian TSX listed company engaged in developing coal properties and an energy project in Mongolia. The Company’s wholly-owned subsidiary, Prophecy Power Generation LLC, is advancing plans for the proposed 600 MW coal mine-mouth Chandgana power plant located in central Khentii Province in east-central Mongolia, which has been permitted by the Mongolian government. Chandgana Coal LLC, a wholly-owned Mongolian subsidiary of Prophecy Coal Corp, controls a significant coal asset located adjacent to the site of the proposed Chandgana power plant, which includes the two Chandgana Tal mining licenses containing 124 million tonnes of measured resource with an average strip ratio of 0.7 to 1, and the Khavtgai Uul license containing 509 million tonnes measured and 539 million tonnes indicated resource with a strip ratio of 2.2 to 1. Chandgana Coal LLC could potentially supply 3.5 million tonnes of coal per year for 25 years to the Chandgana power plant. Prophecy cautions that mineral resources that are not mineral reserves, do not have demonstrated economic viability, that the Chandgana project is located in Mongolia, and that its successful development is subject to a variety of risks, including substantial capital requirements. Readers are encouraged to refer to the risk factors disclosed in Prophecy’s most recent annual information form and MD&A, both of which are available at www.sedar.com, and to the caution regarding forward-looking statements below.

Further information on Prophecy and its projects can be found at www.prophecycoal.com.