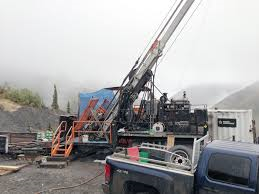 Prophecy Platinum Corp. (TSX VENTURE:NKL)(OTCQX:PNIKF) is pleased to announce that its name will change to Wellgreen Platinum Ltd. effective tomorrow. The trading symbol for the common shares of the Company will be “WG” on the TSX Venture Exchange and “WGPLF” on the US OTCQX market. These changes are expected to take effect at market open on Thursday, December 19th, 2013.

“With the end of what has been a transformative and productive year approaching, the Company has seen a significant restructuring of our shareholder base, a change in our Board of Directors, and renewed focus and technical progress on our flagship Wellgreen project. With a number of important milestones anticipated in 2014, we believe this is the right time to make a change in our corporate identity as we move from an exploration stage company to a development stage company with a focus on platinum group metals and our core Wellgreen project, one of the largest undeveloped platinum and palladium resources in the world,” stated the Company’s President and Chief Executive Officer, Greg Johnson.

In addition, the Company is pleased to announce the voting results of its recent annual general and special meeting of shareholders which was held on December 17, 2013. The business items of setting the size of the Board at five, voting for each of the management-nominated directors and the appointment of the Company’s auditor were all approved by over 99% of votes cast, while the share-based compensation plan was approved by approximately 80% of votes cast by disinterested shareholders. Shareholder participation was very strong, with approximately 65% of our outstanding shares having been voted at the AGM.

Following the AGM, the Board appointed Mike Sylvestre (P. Eng.), a director since February 3, 2012, as Chairman of the Board. Mr. Sylvestre is a professional mining engineer and experienced senior mining executive with a track record of directing major mining operations, both domestically and internationally, over his 35+ year career. Mr. Sylvestre has held a number of senior executive management positions including CEO of Vale Inco New Caledonia, President of Vale Inco Manitoba and VP Operations of PT Inco Indonesia. Mike is a recent graduate of the Institution of Corporate Directors Program at the Rotman School of Management in Toronto, Ontario.

Greg Johnson further stated, “We are very pleased to have Mike assume the role of Chairman of the Board during this very important period of the Company’s continued advancement toward production. We believe that the composition of the new Board of Directors reflects the recent restructuring of our shareholder base and has the right complement of industry expertise and corporate governance experience to guide the Company through an exciting period of growth. We appreciate the high level of shareholder participation and support this year and look forward to continuing to work closely with our shareholders as our management and technical team strives to maximize the value and potential of our promising portfolio of platinum group metals focused projects during a period of very strong fundamentals in the PGM sector.”

Based in Vancouver, Canada, Wellgreen Platinum Ltd. is a platinum group metals focused exploration and development company with advanced projects in the Yukon Territory, Ontario, and Manitoba, Canada. Our 100% owned Wellgreen PGM-Ni-Cu project, located in the Yukon, is one of the world’s largest undeveloped PGM deposits and one of the few significant PGM deposits outside of southern Africa or Russia. Our Shakespeare PGM-Ni-Cu project is a fully-permitted, production-ready brownfield mine located in the well-established Sudbury mining district of Ontario, and our Lynn Lake project is a former operating mine located in Manitoba, Canada.

Our experienced management team has an extensive track record of successful, large-scale project discovery, development, permitting, operations and financing combined with an entrepreneurial approach to sustainability and collaboration with First Nations and communities.