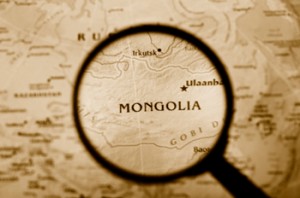 Prophecy Coal Corp. (TSX:PCY)(OTCQX:PRPCF)(FRANKFURT:1P2) is pleased to announce that it has entered into two binding coal sale export contracts for the sale of 30,000 tonnes of coal from the Company’s Ulaan Ovoo mine to a buyer in Russia.

The buyer is a substantial coal trader with annual volume turnover in excess of 2 million tonnes in Russia’s Buryatia region. The Buryatia region with an annual consumption of 6 million tonnes of thermal coal, is facing a coal shortage due to declining coal production because of aging of its local mines. An un-interrupted supply of Ulaan Ovoo coal through sustainable mining is essential to meeting growing regional demand for premium thermal coal (NAR 5,000 kcal/kg, less than 1% sulphur, less than 10% ash).

Under the off-take agreements, 5,000 tonnes of coal per month will be exported through Northern Mongolia’s Sukhbaatar rail station, a major Mongolian gateway to Russia connected to the Russian trans-Siberian railway. The fresh-coal deliveries are anticipated to start in November, 2013 when mining operations are expected to resume after pit-dewatering activities at the Ulaan Ovoo mine are completed. The buyer further executed a non-binding memorandum of understanding contemplating the potential increase in monthly coal sales volume to 30,000 tonnes at Sukhbaatar, subject to wagon availability and market conditions.

The company has a coal stockyard and rail siding at Sukhbaatar, with loading facility to support up to 80,000 tonnes of coal movement per month. Prophecy successfully exported coal to Russia in 2011 and 2012. The new contracts are an important step in Prophecy’s drive to restart Ulaan Ovoo on a meaningful mining scale with sales prices that can potentially generate investment return. The sales price is robust, and management believes the off-take agreements and potential additional coal sales contemplated by the MOU will help establish the long term viability and stability of the mining and logistical operations at Ulaan Ovoo.

In addition to exporting coal to Russia through Sukhbaatar, Prophecy continues to engage Mongolian and Russian officials to work towards the re-opening of the Zeltura border crossing between Mongolia and Russia, which is currently closed. The Zeltura crossing is less than 20km from Ulaan Ovoo, and the re-opening of the border could further increase export sales volume, reduce transportation costs, and achieve greater economy of scale. A Customs warehouse is currently being built on the Russian side of the Zeltura border currently. The Company has received support from and continues to work with officials from both governments to re-open the Zeltura border crossing.

The Company cautions that mining operation of Ulaan Ovoo mine has been curtailed since July 2012. Fulfilling the Russian off-take agreements is contingent on a mine restart which requires time and capital expenditures, and the Company is taking steps to bring the mine back into production, and has targeted November, 2013 as the re-start date.

Prophecy Coal Corp. is a Canadian company listed on the Toronto Stock Exchange engaged in developing energy projects in Mongolia