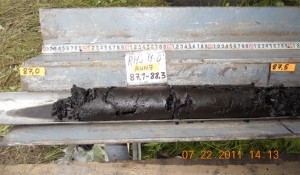 Prophecy Coal Corp. (TSX:PCY)(OTCQX:PRPCF)(FRANKFURT:1P2) is pleased to announce the signing of a Coal Supply Agreement between Chandgana Coal LLC and Prophecy Power Generation LLC which is developing the 600MW mine mouth Chandgana power plant project.

Chandgana Coal and PPG are both wholly owned subsidiaries of Prophecy, a Canadian company listed on the Toronto Stock Exchange. If Prophecy is successful in obtaining power plant project financing with debt and equity partners, Prophecy is expected to retain various ownerships of PPG and Chandgana Coal.

As per the CSA, Chandgana Coal will supply 3.6 million tonnes of coal annually, at a price of USD17.70 per tonne for a period of 25 years. The CSA coal price is competitive to Mongolian domestic thermal coal prices and is subject to annual indexing on based on the USA CPI Index, Mongolian Wage Index and Mongolian Diesel Price Index. PPG has committed to purchase a minimum of 2 million tonnes on a “take or pay” basis, with customary breakup fees payable by PPG. The CS A’s coal delivery date is anticipated to be in the second half of 2016, subject to PPG signing a Power Purchase Agreement, obtaining all necessary governmental approvals, and project financing.

The signing of the CSA marks the accomplishment of another key project milestone. Besides a bankable Power Purchase Agreement (“PPA”), stable and guaranteed fuel supply is required to obtain project financing from equity partners and banks.

The CSA has been approved by Prophecy’s independent directors, who after studying various coal supply options to the proposed Chandgana power plant project concluded that the coal supply from Chandgana Coal, with existing licenses to mine the coal from Chandgana Tal project adjacent to the proposed Power Plant site, represents a practical and cost effective solution to meet commissioning of a power plant targeted for 2016.

For Chandgana Coal, the CSA secures a long-term next-door customer on attractive and extended terms that will provide stable cash flow returns throughout the first 25 years of the mine.

The Chandgana Tal mining licenses contain an estimated 124 million tonnes of coal resources, all in the measured category. The average in-place gross calorific value is 3,306 kcal/kg of coal. The mine will be a surface open pit mine and will be located approximately 2 km from the proposed power plant site. The average waste to ore strip ratio is estimated to be 0.70:1 over the life of the mine.

In November 2012, Prophecy received a Preliminary Economic Assessment on its Chandgana Tal coal mining licenses prepared by John T Boyd Co. The independent PEA study reports that the Chandgana Coal project will produce a 36% IRR, 4 years pay-back period on USD 31 million initial capital invested and USD70.5 million Net Present Value at 10% discount rate on a pre-tax basis. Total cash cost per tonne of coal production is estimated to be USD12.63 as per the PEA.

Prophecy Coal Corp. is a Canadian company listed on the Toronto stock exchange engaged in developing energy projects in Mongolia. Prophecy’s wholly-owned subsidiary Prophecy Power Generation LLC is advancing plans for a proposed 600 MW coal-fired mine-mouth power plant, which has been licensed by the Mongolian government, adjacent to its Chandgana coal deposit. Chandgana Coal LLC, another Prophecy wholly-owned Mongolian subsidiary, has contracted to supply 3.6 million tonnes of coal per year to Prophecy Power for 25 years. Chandgana Coal LLC controls a significant coal resource. This includes the two Chandgana tal mining licenses containing 124 million tonnes of measured resource with an average strip ratio of 0.7 to 1 and the Khavtgai uul license containing 509 million tonnes measured and 539 million tonnes indicated resource with a strip ratio of 2.2 to 1. Substantially all of Prophecy’s resources are not mineral reserves; hence, they do not have demonstrated economic viability.