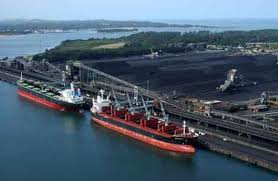 Based on Article 17.4.5 of the Mongolian Border Control and Ports of Entry and Customs Law, Provision No. 4.8 of the Border Ports National Council of Mongolia Charter and the decision of the 2nd meeting of the BPNC and with the purpose of implementing the 2012-2016 Government Action Plan, Resolution #01 was made on August 26, 2014 by the BPNC to:

Given the approval of the GDP by the BPNC, the Company anticipates approval from the Mongolian Ministry of Road and Transportation for the Road Feasibility study previously submitted to it for the construction of a 17km road to connect the Ulaan Ovoo mine to the Zeltura border. Prophecy is also working with the Mongolian Customs General Administration for the establishment of a customs inspection and clearance area at its Ulaan Ovoo mine. The Company’s goal is to see the Zeltura border opened, and to transport its first shipment of coal through it, this year.

In 2014, the Company sold and successfully delivered coal shipments from Sukhbaatar rail siding to a number of Russian customers. Realized sale prices for coal with GCV of 4,500kcal/kg to 5,000kcal/kg with low ash (less than 10%) and low sulphur (less than 1%) ranged from 1,800-2,400 roubles per tonne (US $50-$65 per tonne). Sale prices are also dependent on the point of delivery in Russia. In just a few months, Prophecy and Ulaan Ovoo coal have earned a good reputation in the Russian Buryat region for supplier reliability and coal product quality.

The Russian market remains a prime focus for Ulaan Ovoo’s management, who remain confident about the prospect of increasing both the quantity of Russian sales and number of Russian customers over time. The opening of the Zeltura border is expected to significantly reduce transportation costs and thus, increase the Company’s sales margins and competitiveness in Russia.

Prophecy Coal Corp. is a Canadian public company listed on the Toronto Stock Exchange that is engaged in developing energy projects in Mongolia.