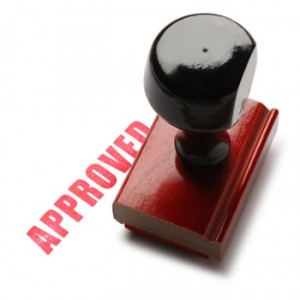 Prophecy Coal Corp. (TSX:PCY)(OTCQX:PRPCF)(FRANKFURT:1P2) announced that it has closed the first tranche of the non-brokered private placement announced on February 7, 2013. The first tranche of the Private Placement raised gross proceeds of $613,560 through the issuance of 4,382,571 units of the Company, of which each Unit consists of one common share and 0.75 common share purchase warrant, at a purchase price of $0.14 per Unit. Each whole Warrant is exercisable into one common share of Prophecy at a price of $0.18, expiring two years from the date of issue. Finder’s fees of 6% were paid in connection with a portion of the first tranche of the Private Placement. The foregoing Shares, Warrants and any shares issued upon the exercise of the Warrants are subject to a hold period which expires August 12, 2013.

TSX policy requires shareholder approval for the acquisition by NewMargin of over 20% of the Company’s issued and outstanding Shares, and for the Private Placement generally, as it will involve the issuance of more than 25% of the Company’s issued and outstanding Shares, in each case after giving effect to the exercise of the Warrants. At the closings of further tranches of the Private Placement, the Company intends to issue a combination of Units and special warrants to stay below each of these thresholds. Each Special Warrant will be automatically exercised for one Unit without payment of additional consideration following receipt of shareholder approval, which the Company will seek at its next annual general meeting in June 2013. If such approval is not obtained, the Special Warrants will be cancelled and the portion of the Placement proceeds which relates to their sale will be returned to the subscribers.

The proceeds of the Placement will be used for the Chandgana power plant project and for general working purposes.

Prophecy Coal Corp. is a Canadian TSX listed company engaged in developing coal properties and an energy project in Mongolia. The Company’s wholly-owned subsidiary, Prophecy Power Generation LLC, is advancing plans for the proposed 600 MW coal mine-mouth Chandgana power plant located in central Khentii Province in east-central Mongolia, which has been permitted by the Mongolian government. Chandgana Coal LLC, a wholly-owned Mongolian subsidiary of Prophecy Coal Corp, controls a significant coal asset located adjacent to the site of the proposed Chandgana power plant, which includes the two Chandgana Tal mining licenses containing 124 million tonnes of measured resource with an average strip ratio of 0.7 to 1, and the Khavtgai Uul license containing 509 million tonnes measured and 539 million tonnes indicated resource with a strip ratio of 2.2 to 1. Chandgana Coal LLC could potentially supply 3.5 million tonnes of coal per year for 25 years to the Chandgana power plant. Prophecy cautions that mineral resources that are not mineral reserves, do not have demonstrated economic viability, that the Chandgana project is located in Mongolia, and that its successful development is subject to a variety of risks, including substantial capital requirements. Readers are encouraged to refer to the risk factors disclosed in Prophecy’s most recent annual information form and MD&A, both of which are available at www.sedar.com, and to the caution regarding forward-looking statements below.

Further information on Prophecy and its projects can be found at www.prophecycoal.com.