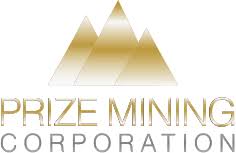 The December sampling campaign was executed on the Don Indio, Apache and Granizo mining concessions at the Pilar Grande Mine and in the Manto Negro deposit area. This covers only two of our over thirty known mineralized target areas.  A total of 52 (including blanks and duplicates) were collected over 8 channels, 2 panels and 5 separate samples ranging from 0.25m to 8.9m in width through level 3, 4 and 4A at the Pilar Grande Mine. In addition, 20 samples (including 1 blank) were collected over 2 vertical channels at the Manto Negro Pit.

A map showing the property and sampling locations can be found here:

“These are extraordinarily impressive initial results from our December sampling program at the Manto Negro Project” said Michael McPhie, President and CEO of Prize Mining.  “They suggest a district scale at surface high grade oxide copper deposit that extends over multiple kilometers with significant widths.  We have just started our work to fully define the scope and scale of this but, if initial results are any indication, Manto Negro has the potential to be a world class deposit.”

“We have been looking at copper deposits and projects all over the world for the past few years for possible acquisition given our belief in the strong fundamentals of the global copper market. Manto Negro is by far the best we have seen and is exceeding expectations with these initial results” said McPhie.  “Our goal now is to complete a comprehensive 43-101 geological report on the project in the coming weeks that will put together the vast amount of data we have obtained from the property, and continue to release the results of our recent sampling program as soon as they are available.  From there we will define and execute our first full scale exploration drilling program in the months ahead.”

At Pilar Grand Mine, historical surface and underground sampling indicate that the stratiform Copper-Silver mineralization occurs in a 23m thick stratigraphic interval comprising a lowermost 10m of carbonates (Level 1 and 2) and an uppermost 13m of red bed sequence (Level 3 and 4).

Copper-Silver mineralization on El Granizo property is found at the contact between the San Marcos Sandstones and a sequence of sandy dolomites and limestones. There is a 3 km prospective contact zone along which mineralized true width range between 5 and 10 meters in long open pit of 200 metres.

The Company follows a rigorous Quality Assurance/Quality Control program over the chain-of-custody of samples and the insertion of blanks and duplicates into the sample stream submitted to the laboratory for analysis.  A total of 68 samples plus 2 field duplicates, 3 blank (Gypsum white) were sent for analysis from 2 surfaces trenches in Manto Negro, along with 8 underground channel samples, 2 panels and 5 separated samples. Once excavated, the trenches were cleaned with a broom or brush prior to sampling. The channel samples were cut perpendicular to strike and dip of the observed mineralization and varied in length from 0.25 to 1.25 m, depending upon the character of the mineralization. The samples were collected with a 4lb mallet and chisel or steel spike onto a 1.5 m2 plastic canvas placed at the base of the channel and then transferred into plastic sample bags and sealed with plastic zip ties.

Sample numbers were written on the sample bags and a piece of flagging tape with the corresponding sample number was inserted into each bag. Duplicates were made by collecting extra material from a channel sample and then triturating the material and splitting it into two separate sample bags. The plastic canvas used to collect the samples was thoroughly cleaned prior to collecting each new channel sample. The bags of samples were then packaged in plastic boxes for transport. Samples were inventoried and placed in sacks and transported by the Scion Mines chauffeur to the ALS facility in Guadalajara, Mexico for preparation.

The prepared samples were then shipped to the ALS facility in North Vancouver, BC, Canada for analysis.  Analysis completed was the 34 Element Package by Aqua Regia and ICP-AES (ME-ICP41a).

Jarrod Brown, P.Geo., of TerraLogic, a Qualified Person under NI 43-101, is the Company’s nominated qualified person responsible for monitoring the supervision and quality control of the programs completed on the Company’s properties.  Mr. Brown has approved and verified the scientific and technical information in this news release.

Prize is a Calgary-based junior mining issuer with offices in Calgary, Alta., and is listed on the TSX Venture Exchange.  Prize is engaged in the acquisition, exploration and development of mining properties.