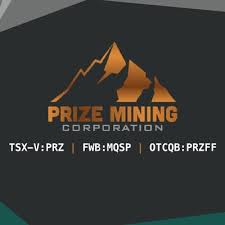 PRIZE MINING CORPORATION  (TSX-V:PRZ) (OTCQB:PRZFF) (MQSP:GR:FRANKFURT) is pleased to announce that the Company has closed the first tranche of the previously announce brokered private placement (see press release on July 3, 2018), led by Integral Wealth Securities Ltd. and Paradigm Capital Inc. and Eight Capital Corp. of 10,199,998 units of the Company at a price of $0.15 per Unit for gross proceeds of approximately $1,530,000.

Each Unit consists of one common share of the Company and one-half of one non-transferable share purchase warrant, with each of the 5,099,999 Warrants entitling the holder thereof to acquire one Common Share at a price of $0.25 per Common Share for a period of twelve months following the closing of the Offering. In the event the closing price of the Common Shares on the TSX Venture Exchange exceeds $0.45 per share for 30 consecutive trading days (whether or not a trade occurs on one or more of such days) at any time, the Warrants will expire and terminate on the 30th day (including non-trading days) after the date on which notice thereof from the Company has been given to warrantholders. The Warrants issued in the Offering will not be listed for trading.

The Company intends to use the net proceeds of the Offering for continued drilling, geological, engineering and metallurgical investigations and associated consulting services on its Manto Negro Copper Project located in Coahuila State, Mexico.

In connection with the Offering, the Company paid the Agent a cash fee of approximately $107,000 and issued 714,000 non-transferable broker warrants to the Syndicate, with each Broker Warrant entitling the holder to purchase one Unit of the Company at an exercise price of 0.15 for a period of twelve months following the closing date of the Offering. The Broker Warrants entitle the Syndicate to purchase up to an aggregated 714,000 Units at any time on or before 4:30 p.m. (Calgary time) on August 24, 2019. Each Brokers Warrant Unit shall be on the same terms and conditions as the Units.

All securities issued in the First Tranche closing are subject to a regulatory four-month hold period expiring December 25, 2018.

Completion of the Offering is subject to the final acceptance of the TSX Venture Exchange.

Prize is a junior mining issuer listed on the TSX Venture Exchange. Prize is focused on the exploration and development of the high grade Manto Negro Copper Property in Mexico and the Kena Gold Property in BC.