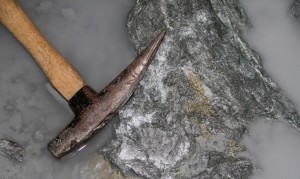 Pretium Resources Inc. (TSX:PVG) (NYSE:PVG) is pleased to announce that it has closed its private placement of 568,182 ITC flow-through common shares of Pretivm at a price of $8.80 per share and 1,953,467 CEE flow-through common sharesof Pretivm at a price of $8.05 per share for aggregate gross proceeds of approximately $20.725 million. An aggregate of 90,112 of the total CEE Flow-Through Shares issued today were issued as a result of the agents exercising, in part, their over-allotment option under the Offering.

BMO Capital Markets was the lead agent and sole bookrunner for the Offering which included a syndicate of agents.

The proceeds of the Offering will be used to advance exploration activities in the Brucejack Project’s Valley of the Kings related to mine plan optimization and new exploration targets. The gross proceeds of the Offering will be used during the 2014 exploration program to incur eligible Canadian Exploration Expenses and for the ITC Flow-Through Shares, that will qualify as “flow through mining expenditures”, as defined in subsection 127(9) of the Income Tax Act (Canada), and “BC flow-through mining expenditures”, as defined in the Income Tax Act (British Columbia), which will be renounced to the subscribers with an effective date no later than December 31, 2014.

The Flow-Through Shares are subject to resale restrictions for a period of four months plus one day from their issuance. The Flow-Through Shares offered have not been and will not be registered under the United States Securities Act of 1933, as amended, and may not be offered or sold in the United States absent registration or an applicable exemption from the registration requirements of such Act.

Pretivm is creating value through gold at its high-grade gold Brucejack Project, located in northern British Columbia. Permitting of a high-grade underground gold mine at Brucejack is underway, with commercial production targeted to commence in 2016.