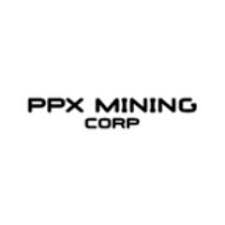 Brian J. Maher, President and CEO of PPX Mining commented: “Exploration drilling at both Callanquitas and Portachuelos continues to expand the size of each system and underscores the resource expansion potential of the entire Igor Project.  An additional drill hole has been added to the Callanquitas drilling program and will test the structure approximately 80 metres below CA-18-97.  This will be the final hole of the Callanquitas in-fill and resource expansion drilling campaign; the geologic team will now focus on the preparation of the PFS for the Callanquitas deposit.  Drilling will continue at Portachuelos with an emphasis on understanding the geometry and structural controls of the gold and silver mineralization in order to properly design a follow-up drilling campaign on this important new discovery”.

Core sampling protocols and QA/QC:  PPX geologists collect diamond drill hole samples from core immediately after geologic and geotechnical logging.  Samples are collected based on natural breaks in geologic features and also on individual drill runs. Samples are broken at obvious geologic boundaries to correctly separate rock types, mineralization styles and hydrothermal alteration assemblages.  Samples are collected by cutting the core in half using a diamond saw, preserving the second half for check analyses, further study and reference. Samples are sealed, labeled and stored in a secure area prior to shipment to SGS Laboratories in Trujillo, Peru. Gold and silver analyses are conducted by the fire assay method with a CN leach.  Blanks and standards are inserted approximately every 10 samples; duplicate samples are included at the same intervals.  Duplicate fire assays for approximately every 30 samples are sent to a second assay laboratory for umpire analysis.  Au Eq is calculated as follows: Au Eq = (Au gpt) + (Ag gpt/75).

PPX Mining Corp.  is a Canadian-based exploration and development company with assets in northern Peru. Igor, the Company’s 100%-owned flagship gold and silver project, is located in the prolific Northern Peru gold belt in eastern La Libertad Department. PPX is pursuing a two-prong strategy to further develop and explore the Igor Project.  The Company’s underground test mining and bulk sampling program on the Callanquitas structure is designed to upgrade the resource estimate and generate data to evaluate future mine development at Igor through the PFS process. Simultaneously, PPX is accelerating its exploration program at Igor in order to fully evaluate the resource potential of the entire Igor project area.  The Callanquitas structure is open along strike and at depth, parallel structures are unexplored. New discoveries at Portachuelos, coupled with the Domo and Tesoros exploration targets, emphasize that the Igor Project is evolving into a district-scale project with multiple deposits and mineralized zones. Evaluating mine development alternatives in parallel with exploration drilling provide dual catalysts for growth and increasing shareholder value.

All scientific and technical information in this press release has been reviewed and approved by Quentin J. Browne, P.Geo., Independent Consulting Geologist to PPX Mining Corp., who is a qualified person under the definitions established by National Instrument 43-101.