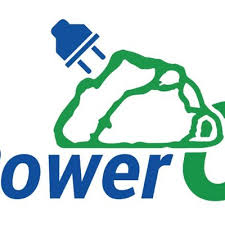 PowerOre Inc. (TSX-V: PORE) is pleased to report its detailed summary of the results including plans, sections and interpratations from its recent 2019 drill program at the Opemiska Copper Mine Complex in the Chibougamau District of Quebec. Opemiksa consists of two former producing underground mines, Springer and Perry. This drill program focused exclusively on Springer which is being reinterpreted as an open pit project.

High-grade Intersections with Copper Eq* over 1.00%

Mineralized Intervals near or over 100 metres

Click here for Map of Drill Hole Locations and Zones

Zones of Exploration on Springer from Recent Drill Program

Holes 11 to 16 and 21 were drilled on either side of the glory hole of #3 Vein and in the vicinity of the crown pillars of #1 and #2 veins to test for dissiminated mineralization along the rhyolite-pyroxenite/gabbro contact in the hinge zone of the regional fold.  The twinned hole 01, was also drilled in the Hinge Zone and confirms mineralization previously drilled by Falconbridge. Holes 02, 03 and 11 confirmed that much low grade material was left behind from mining of the glory hole and indicate that the disseminated mineralization extends for at least 175 metres perpendicular from the contact with rhyolite. The drilling also showed that the rhyolite can be mineralized as shown in Hole 03, drilled entirely in the rhyolite and intersecting 0.35% Cu-EQ* over 58.0 metres. Moreover the drilling highlighted a number narrow high-grade veins that were never mined and as such were never identified by Falconbridge. Holes 02, 14 and 16 were notable holes in this zone, with Hole 02 intersecting 0.76% CuEq over 105.0 metres, Hole 14 intersecting 1.01% CuEq over 162.0 metres and Hole 16 intersecting 0.56% CuEq over 97.0 metres.

Only Hole 09 (a twinned hole) was drilled into the Southeast Zone.  This area is to the south of #3 Vein and extends to the south to #7 Vein and from the glory hole to the abandoned railway spur. Hole 09 intersected 0.30% Cu-EQ* over 284.4 metres.

Gold was an important by-product from the Springer Mine. At mine closure, Falconbridge (Minnova at the time) reported in situ reserves at Springer totaling 2.44 million tonnes grading 1.67% copper and 1.89 gpt gold (see note on historical mineral reserves and mineral resources at the end of this news release).

A total of 1135 samples of half core were analysed for gold in addition to copper, silver, cobalt and zinc. The average content of gold, which is 0.18 gpt gold, is more influenced by the high outlier values of gold among the samples.  Although no systematic spatial relationship has been identified for the high gold values, there is good correlation between gold and copper, with nearly 5% of the gold assays showing over 1.0 gpt gold (with the highest value of 9.87 gpt gold). Additionally, historical reports while the Springer underground mine was operational make reference to the Arsenopyrite vein which occurs behind the old mill. This vein was reported to contain generally low copper values, which is why it was never mined, but contained elevated gold values. At the generally prevailing gold prices during most of Springer’s mine life (1956-1991), this type of vein would not have been attractive to the mine, given they had a floatation mill which is unsuitable for gold associated with arsenopyrite.

Drill holes 02, 03, 06, and holes 10 to 23 are all exploration holes and were mainly drilled to fill gaps between Falconbridge surface drill holes to get a better understading of the dissiminated mineralization and complete the Springer block model with more accuracy.

Holes 01, 04, 05, and 07 to 09 were twins of holes drilled by Falconbridge to validate the extensive surface and underground historical drilling (800,000 metres) previously conducted by Falconbridge at Opemiska during its past exploration and underground production stages. We note that given that a significant amount of drilling occurred while Opemiska was in production under Falconbridge, reconciliation of tonnage and grade occurred annually and hence, attests to the high quality of this historical data. Once validated, the historical data can be used as part of a resource estimate at Opemiska.

This first phase of drilling on the historical Springer Mine has confirmed our expectations regarding the distribution of disseminated mineralization, while posing new questions regarding distribution of the mineralization and new mineralized areas previously interpreted to be unmineralized.  Mineralization increases closer to the rhyolite-pyroxenite/gabbro contact, and we see better than expected mineralization south of #3 Vein, towards #7 Vein.  The footwall rhyolite was also found to be more mineralized than expected and the disseminated material in the Mill Zone in the vicinity of #20 and #23 veins is much better than expected, with the crown pillars thicker than expected. Finally, it should be noted that no drilling was done on Perry, which still had significant underground reserves remaining when the mine shutdown in 1991 and for which RPA estimated underground exploration targets between 3.0 and 11.0 million tonnes at between 1.5% and 2.5% copper (see note on Exploration Targets at the end of this news release).

It is clear that additional drilling is warranted in multiple existing and new zones, in particular to redefine the limit of the rhyolite and pyroxenite/gabbro and Southeast zones. Additionally, further infill drilling is required to increase the confidence in resource estimate categorization.

Digitizing of historical work and generation of a block model digitizing is expected to be complete in September. Once complete, its geologic model will be on par with that of Springer. This will allow the Company to complete its internal resource estimate and to define targets for its ensuing drill program.

A detailed future work plan for Perry and Spring will follow in a subsequent news release.

The technical information contained in this news release has been reviewed and approved by Charles Beaudry, P.Geo and géo., Director and Vice President Exploration for Power Ore, who is a Qualified Person as defined in “National Instrument 43-101, Standards of Disclosure for Mineral Projects.”  For the exploration undertaken by Power Ore all assay batches are accompanied by rigorous Quality Assurance procedures that include insertion of standards and blanks and verification assays in a secondary laboratory.  Quality Control results, including the laboratory’s own control samples, are evaluated immediately on reception of batch results and corrections implemented immediately if necessary.  All drill collars are surveyed and positioned in UTM coordinates.  Downhole deviations surveys are done with a Reflex instrument at 30m intervals.  A systematic density measurement program using two methods was implemented to measure density of all rock types.  A specific susceptibility measurement protocol was also implemented to better estimate the relative abundance of magnetite in the variably magnetic rocks of the Ventures Sill.

Table 1:  Summary statistics of spring 2019 diamond drilling program on Opemiska Project.  Note that collars have not yet been surveyed.

*: Composite includes intervals no greater than 6.0m with results inferior to 0.30% Cu-Eq.