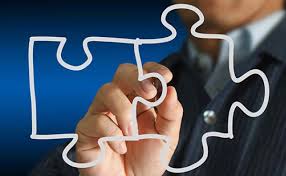 Polar Star Mining Corporation (TSX:PSR) and Iron Creek Capital Corp. (TSX-V:IRN) are pleased to announce that they have agreed in principle to merge the two companies via a statutory amalgamation, plan of arrangement or similar shareholder approved transaction which will result in Polar Star acquiring all of the outstanding common shares of Iron Creek.

A non-binding Letter of Intent has been signed between the two companies detailing the basic terms of the proposed merger. The companies will strive to arrive at a definitive agreement within 30 days, and close the deal prior to year-end.

The combined companies will re-brand under a new name (“Newco”) and will control more than 330,000 hectares of highly prospective exploration ground in northern Chile focused on copper, gold and silver. Newco will have three existing and active option and joint venture agreements with major mining companies.

In total, Polar Star will issue 147,479,415 common shares to Iron Creek shareholders, representing 42.1% of Newco, with a resultant total of 350,496,190 outstanding common shares of Newco. At the closing of the Transaction, the Polar Star shares will be consolidated at a ratio to be determined by the parties.

The completion of the Transaction will be subject to, among other things, no material adverse change in the business, operations or affairs of either Iron Creek or Polar Star having occurred prior to the effective date of the Transaction, and receipt of all required court, shareholder, stock exchange and regulatory approvals for the Transaction and to the Polar Star continuation, share consolidation and name change.

Polar Star and Iron Creek have entered into a period of exclusivity which will terminate on the earliest of (a) 90 days from the date hereof, or (b) the entering into of the Agreement and Support Agreements, or (c) such other date as may be mutually agreed between Polar Star and Iron Creek in writing. Each of Polar Star and Iron Creek has agreed that, during the Exclusivity Period, neither it, its affiliates nor any of their respective representatives, officers, directors, employees, advisors or agents will, directly or indirectly, make, solicit or initiate enquiries from, or the submission of proposals or offers from, any other person relating to any acquisition proposal. During the Exclusivity Period, each of Iron Creek and Polar Star agree (a) not to issue any debt, equity or equity-like securities other than in connection with previously granted options or derivative securities, or sell or dispose of any assets, and (b) consult with the other party prior to the issuance of any options to acquire Iron Creek Shares or Polar Star Shares, as applicable, or the entering into of any employment or other agreement that contains a “change of control” or similar provision that provides for a payment on a change of control of Iron Creek or Polar Star, as applicable.

Polar Star is actively exploring its flagship project, Montezuma, through a joint venture with a subsidiary of Newmont Mining. The Montezuma project is located immediately to the south of Codelco’s Chuquicamata and Ministro Hales mines, near the town of Calama, in northern Chile. Additionally, Polar Star has formed a strategic alliance by entering into a joint venture agreement with a subsidiary of BHP Billiton, which is currently evaluating several large blocks of tenement along the main porphyry copper belt in northern Chile.

Polar Star also has important passive investments in Kairos Capital Corporation that has exploration properties in Chile, and Xtract Resources Plc that has an operating copper-gold mine in southern Chile and interests in a phosphate project in northern Chile.

Iron Creek is a Vancouver-based exploration company focused on the acquisition and exploration of world-class mineral systems in Chile and elsewhere. Iron Creek’s business model is that of prospect generator, with a view to building wealth by growing its property portfolio and generating income by farming out its properties in exchange for a combination of retained interests, cash payments, advance royalties and NSR production royalties over time.

About The Combined Company (Newco)

Both companies have similar “prospect generator” business models, with a focus on building a land-play of prospective properties and inviting competent partners to farm-in through option or joint venture agreements, and consequently de-risking the exploration business for their shareholders. This business model will be continued in the merged company.

Newco will have a strong institutional shareholder base in the US, Canada and the UK; a strong treasury of approximately $3M; a small office and technical team based in Santiago, Chile; and a corporate presence based in Vancouver.

Management of Newco will be led by Tim Beale (President & CEO); John Davidson (Exploration Manager, Chile); David Miles (CFO); Kim Casswell (Corporate Secretary); and Chiara Orrigoni (Investor Relations Manager). The company will be governed and supported by a combined Board of Directors with a wealth of experience in the exploration, mining, and financial sectors, and with a history of highly successful ventures.

Colin Bird, President and CEO of Polar Star said of the proposed merger: “The best mergers are made from strength and not weakness and this proposed merger combines two companies at varying stages of their evolution but with a common focus. Polar Star is committed to Chile and its potential, as is Iron Creek. The underlying strength lies with the quality of the combined assets and the combination of major joint venture partners and own assets for exploration. The latter directed the Polar Star Board to the decision to merge, recognising the strength of the Iron Creek technical team and not wishing to embark upon more ground acquisition and employment of its own technical team. Polar Star is committed to this transaction and looks forward to working with Iron Creek to unlock shareholder value from what will become a unique and highly prospective company.”

Tim Beale, President of Iron Creek said of the proposed merger, “This is a truly transformative deal for Iron Creek and its shareholders. This year, Iron Creek management and directors have taken a series of decisions that will allow the company to grow and become more sustainable, and increase the chances of discovery success for its shareholders. We have completed a significant private placement financing, signed an option agreement with Kinross Gold, completed the acquisition of several new properties from Minera Fuego, and now with the friendly merger between Iron Creek and Polar Star, the new company will be one of the principal “go-to” companies with prospective ground in Chile. The existing agreements with major mining companies give Newco a very solid foundation, with plenty of opportunities for further option and joint venture agreements on other properties within the combined portfolio. The merged company will have a solid financial footing allowing it to look for further opportunities with confidence. This is an exciting time for both companies and their respective shareholders.”