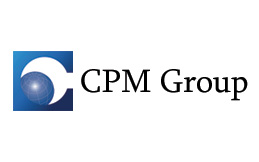 CPM Group has released its 2012 Platinum Group Metals Long-Term Outlook. The 281-page study is a comprehensive analysis of the key market fundamentals of platinum, palladium, and rhodium that are expected to influence the prices of these metals through 2022. The report contains projections for mine-by-mine South African production through 2022, and provides a detailed analysis of South African, U.S., Russian, and Canadian platinum group metals mine production. The report also contains a thorough analysis of platinum group metals scrap recovery from the various end-uses of these metals. Detailed discussions are included on the major global auto markets, electronics sector, the jewelry markets, and the electronics, glass maufacturing, and fuel cell industries. The report  addresses the potential threats to platinum group metals fabrication demand going forward. Investment de! mand, an increasingly important factor influencing the prices of these metals, also is discussed at length in this report. The Platinum Group Metals Long-Term Outlookprovides 10-year projections of supply, demand, and prices under a base case and two alternative economic scenarios.

New York, NY, 9 January 2013. CPM Group has released its annual 2012 Platinum Group Metals Long-Term Outlook report. This report is a comprehensive study of the platinum group metals markets with analysis of and forecasts for supply, fabrication demand, investment demand, and prices. The report provides data on mine supply, secondary supply, fabrication demand, and investment demand going back to 1976 and 10-year projections on these market components through 2022.

Over the next ten years CPM Group expects PGM prices to increase at a strong pace. Platinum and palladium prices may break historical record nominal highs to test unprecedented levels. Investors have played an important role in the PGM markets for decades. In the past decade, however, particularly with the introduction of physically backed PGM exchange traded products, the investor base has been expanding, and many more investors are participating in the PGM markets. This shift in investment demand has been demonstrated through the tremendous growth in market participation in the Nymex PGM futures and options market as well as the tremendous inflow of metal into exchange traded products. It also is at work in the opaque physical and forward markets. This trend is expected to continue, boosting investment demand’s role and importance in the PGM markets.

Recent events in South Africa’s PGM mining industry have put under a microscope the risks inherent in relying on South African PGM output. Illegal strike activity in 2012 applied tremendous pressure on costs, and encouraged more strike activity at other mines and in other sectors of the South African economy. PGM mining costs in South Africa has been rising at a double digit pace for more than three decades, so this phenomenon is not new. The recent pressure has added to the balance sheet pressures of the financial crisis, however, which slashed capital spending budgets for expansion and development projects across the board. As a result, the capacity pipeline is slim and the risk of projects not being completed within their planned time frames is high.

The Platinum Group Metals Long-Term Outlook includes detailed analysis of the operational risks being faced by South African PGM miners and how these risks could potentially limit mine supply growth. South Africa is the largest contributor to global PGM mine supply, making these risks critical factors of the market. The report discusses South Africa’s electricity supply, wage inflation, and other issues that have disrupted PGM production in the country before and how these problems could affect production going forward. Rising production costs in the country, closely monitored by CPM Group, are considered a high risk factor that may shutter shafts or mothball projects over the next ten years.

The report also discusses at great length mine supply from Russia, North America, and emerging growth in mine supply from Zimbabwe. Russia produces around 40% of palladium mine supply each year. PGM exploration spending in Canada has been on the rise, which could potentially boost production of PGMs in the country in the latter half of the forecast period. Secondary supply, which accounts for between 10% and 20% of PGM supply, is given significant importance due to its high price sensitivity. Secondary supply’s share of total PGM supply is expected to increase throughout the period, driven by the growth of the auto catalyst recycling industry, growing supply of platinum-bearing materials entering the recycling circuit, and higher and rising prices which would be expected to encourage scrap sales.

New to this year’s report is a detailed list of the PGM projects that CPM Group expects to come onstream over the next ten years that would generate fresh mine capacity.

The CPM Group Platinum Group Metals Long-Term Outlook is part of a series of long-term studies of precious and specialty metals markets. These studies are used by producers and industrial users for strategic planning and in the preparation of technical reports. In addition, institutional investors and physical traders supplement their internal research with CPM Group’s comprehensive analyses, conclusions, and projections. The reports serve as authoritative reference guides for platinum group metals market statistics. CPM Group sells the reports as stand-alone products, although most clients use the CPM Group reports as parts of broader consulting packages related to the specific metals markets.

CPM Group is an independent commodities research, consulting, and investment banking firm headquartered in New York. The company is considered the foremost authority on markets for precious metals, and also provides detailed and highly regarded research on specialty and base metals, energy, and agricultural markets. CPM Group provides investment banking services, and advisory services relating to commodity risk management and asset management. CPM Group began in the early 1970s as the Research Department of J. Aron and Company, one of the world’s largest and most successful commodities trading companies. In 1986 CPM Group spun off from Goldman Sachs, which had acquired J. Aron in 1981, to set up as an independent company that provides a range of consulting and research services to companies, investors, governments, and other entities that have a financial exposure to commodities. The group has produced annual reports on gold and silver since 1971, and annual surveys of! the platinum group metals markets since 1981. The annual reports are used by major producers, users, investors, central banks, governments, and others as the basis for their views on precious metals supply, demand, and overall market mechanics.

To view the full table of contents, please click here. Alternately, contact Matt Taub at (212) 785-8320 or info@cpmgroup.com to learn more about CPM Group’s advisory and consulting services as well as our research product offerings.