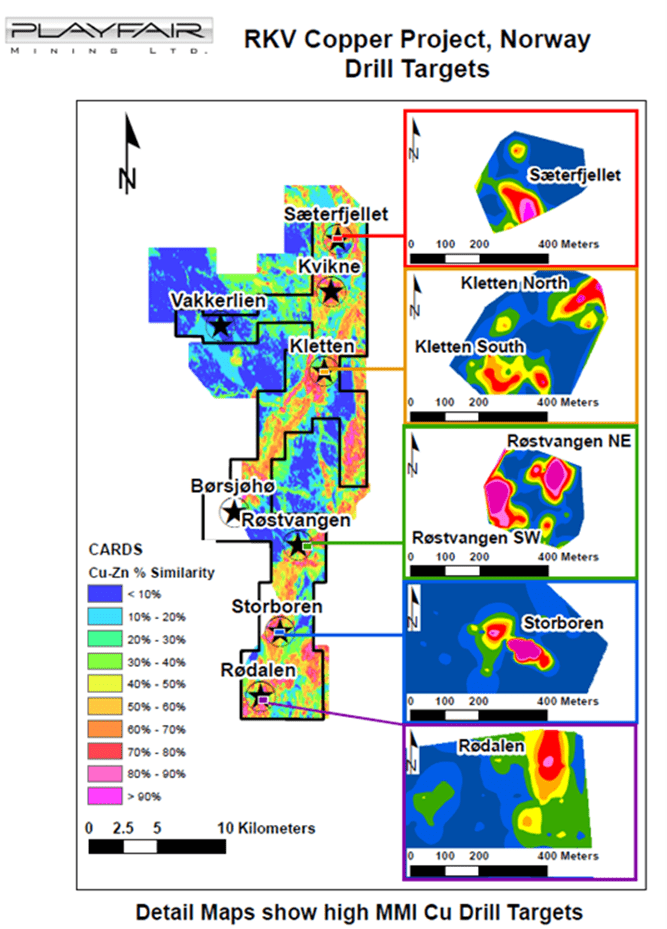 Playfair, as a responsible mineral explorer, values protecting the natural environment it works in. Playfair uses new technologies and methods to reduce the impact of its exploration. Playfair’s exploration to date has been in three phases.

The second phase of Playfair’s exploration was minimally invasive. In the areas outlined as possibly favourable by the machine learning algorithms small pits were dug by hand, samples of soil were removed, and the pits refilled. There was no off-road driving. Subsequent chemical analysis outlined areas with a high content of copper or other elements of interest.

The third phase of Playfair’s exploration measured the intensity of the earth’s magnetic field in some of the areas where a high copper content was found in soils. Variations in the magnetic field provide important information about the underlying bedrock. The survey was non-intrusive and used an unmanned drone to carry the measuring equipment. 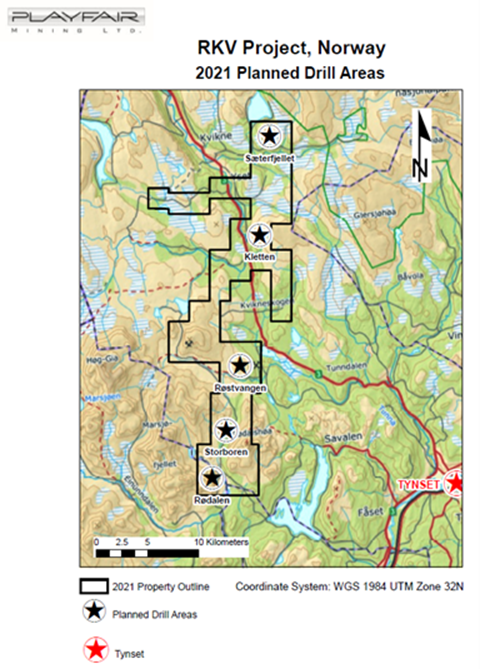 The drill targets are MMI

Playfair’s fourth phase of exploration is planned to begin in September 2021. In keeping with Playfair’s intent to minimise the impact of its exploration on the natural environment Playfair will use a lightweight drilling machine which can be disassembled and hand-carried to the drill sites. Playfair’s man-portable drill has now arrived in Norway, cleared customs and has been transported to Tynset, approximately 25 km from Rødalen, the first drill target. With a population of 5,400, Tynset is the municipal centre of the Nord-Østerdalen region. Arctic Drilling As., a local Norwegian Company will carry out the drilling.