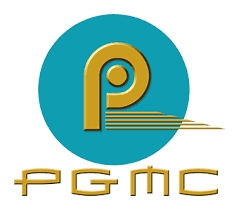 Platinum Group Metals Ltd. (TSX: PTM) (NYSE American: PLG) reports closing of the Company’s previously announced non-brokered private placement of common shares at price of US$2.18 each. An aggregate of 1,146,790 common shares were subscribed for and issued resulting in gross proceeds to the Company of US$2,500,002.20 to existing major beneficial shareholder, Hosken Consolidated Investments Limited through its subsidiary Deepkloof Limited. Closing of the Private Placement allows HCI to maintain a greater than 31% interest in the Company.

Securities purchased pursuant to the Private Placement may not be traded for a period of four months plus one day from the closing of the Private Placement. The securities described herein have not been, and will not be, registered under the United States Securities Act of 1933 (the “Act”), as amended, and may not be offered or sold within the United States or to, or for the account or benefit of, U.S. persons absent registration or an applicable exemption from the registration requirements of such Act.

The Waterberg Project was discovered by Platinum Group and is being jointly advanced with the shareholders of Waterberg JV Co., being Platinum Group, Impala Platinum Holdings Ltd. Japan Oil, Gas and Metals National Corporation, Hanwa Co. Ltd. and Mnombo Wethu Consultants (Pty) Ltd. In 2019 the Company founded Lion Battery Technologies Inc. in partnership with Anglo American Platinum Limited to support the use of palladium and platinum in lithium battery applications.