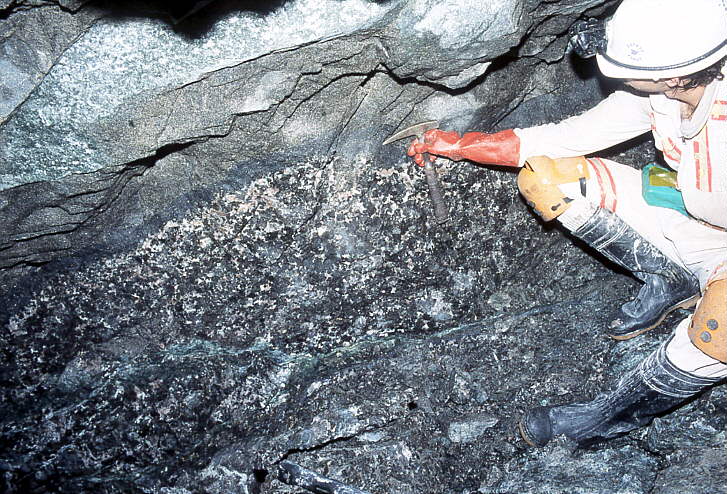 Platinum Group Metals Ltd. (TSX:PTM)(NYSE MKT:PLG)(NYSE Amex:PLG) announces an updated 10 million ounce 3E (Platinum, Palladium and Gold) inferred mineral resource estimate for the Waterberg joint venture property. The current resource covers only 250m of influence up dip and eastward into a new permit granted in January 2013. The deposit remains open along strike onto permits under application as well as up-dip. Drilling continues and has been ramped up from 10 to 15 drill rigs, largely focused on the up-dip potential of the deposit.

Overall with drilling in late 2012 the estimated resource has been expanded by 51%. The total deposit grade has increased slightly and the average thickness has increased from 4.1 meters to 4.6 meters thick on the four layers in the resource estimate. The metal ratios of platinum, palladium and gold have remained generally consistent with initial resource estimate in 2012.

The total resource contains 10.12 million ounces platinum, palladium and gold (3E) in 92.93 million tonnes with the shallowest part of the deposit in the T zone at 124 meters deep and the deposit cut off at 1000m deep as a preliminary economic cut off. The updated inferred mineral resource estimate covers the first 2.8 kilometres of T-zone and 5.4 kilometres of F-zone strike length.