For many, Canada’s West Coast conjures images of a laid-back lifestyle filled with Rocky Mountains, snowboarding and hiking.

Well, there’s a lot more to the West than that.

These days, gold mining has become much more methodical.  And that’s led to numerous successful gold mines operating continuously for years and even decades.

With gold up by 20% in the past year and holding steadily above US $1,500 per ounce, the stage is set for the next phase of the metal’s secular bull market.

That makes undervalued junior gold companies the go-to sector.   Even better are those in the development stage and nearing production.

As they transition to producer status, the market tends to rerate their shares very favorably.

And one B.C. gold junior is rapidly approaching that very sweet spot.

“Gold mines are not found, they are made, a few key ingredients consist of persistence, patience and of course the ever-essential abundant presence of some high grade Gold, topped off with a lucky streak that aligns with Mother Nature.” – Christopher Anderson, President, CEO & Director, Ximen Mining Corp.

Ximen Mining Corp. (TSX-V: XIM) (FRA: 1XMA) (OTCQB: XXMMF) is a junior precious metals company which, through exploration and acquisitions is positioning itself to be British Columbia’s next significant gold producer.

Ximen’s shortened path to production will be through the Kenville mine, an asset it acquired just last year.

Kenville, located just 7 km west of Nelson in south-eastern interior B.C., boasts a long and storied history.  After being discovered and staked in 1888, it was the very first hard rock gold mine in British Columbia. 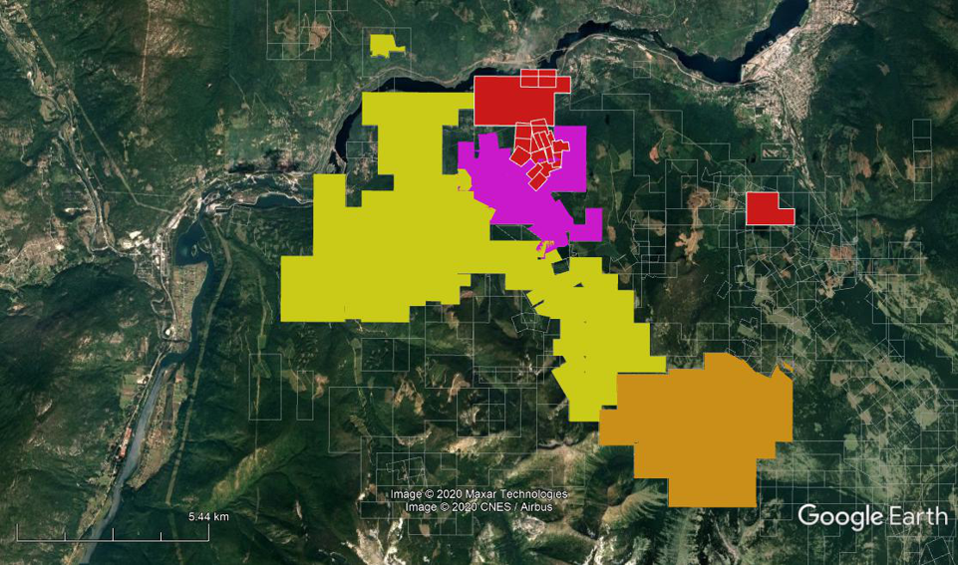 Since then, the Kenville Mine has reportedly produced 65,236 oz gold, and 27,686 oz silver intermittently between 1889 and 1956.  Numerous high-grade gold and polymetallic veins have been discovered since then, and exploration has been ongoing since 1992.

In 2009, a NI 43-101 compliant resource estimate was made for previous operators based on underground sampling of the historic mine workings and historic production records.  There was an estimated 360,000+ troy ounces of gold in all categories around the old workings.

Ximen believes this estimate was reliable but it is now out of date because significant drilling was done after the resource estimate was done. The Company is therefore not treating this as current mineral resources.

Between 2009 and 2012, Kenville saw more diamond drill holes totaling 14,106 metres, which intersected a new vein system in the areas south and west of the existing mine. Several holes intersected multiple, stacked quartz veins, and at least 4 new veins were identified.

The system has potential dimensions of over 700 by 250 metres, which remains open in multiple directions.   Several gold-bearing intercepts were obtained in the areas south and west of the historic mine that indicate the vein system continues through these areas with potentially higher gold quantities on adjacent claims. It’s the promise of Kenville’s potential in these new areas that makes it so exciting.

The newly discovered areas of veining are the target of the current mine development plan.

With better than half the property unexplored, management strongly believes the current trend extends throughout the area.

Ximen’s mission is to advance Kenville’s high-grade vein structures with current technology, transitioning to a high-grade gold producing mine while continuing to explore.

Since acquiring Kenville and all its existing permits, infrastructure and equipment, management has initiated permitting to develop a new 1200 metre decline and do underground drilling.  The underground development and drilling program has been permitted.  A decline tunnel of some 524 meters is planned, which will be followed by 4500 meters of underground drilling.

At that point, a bulk sample of 10 000 tonnes will be extracted, which should begin some 6 months after startup, and require 7 months to complete.

The bulk sample program will bring the mine to a point of continuous production.  Once at full capacity, it’s expected that Kenville will produce 125 tonnes/day which, given the focus on virtually pure vein material and less than 20% dilution, is comparable to a 450 tonne/day mine.

The potential capacity will be for 20,000 gold ounces annually with an all-in site cost of US $675 per ounce.  At current prices near $1550 per ounce, that makes for quite a profitable operation.

With surface lands fully deeded to Ximen, there are no First Nations issues anticipated.  And being an underground mine, Kenville will be minimally disruptive to the surrounding environment.

The Kenville mine’s discharge water has been tested and determined clean enough to drink.  As a result, the concerned ministries have been issued permit updates.

What’s more, the main power source will be electric, generated by the local Kootenay hydro dam, providing green energy to the project.  Underground lighting will be long-life LED powered, while drilling and development equipment is powered by air compression drawing electricity.

Once Kenville is churning out respectable cash flow, some of that will be redirected to Ximen’s next priority:  the Brett Epithermal Gold Project.

Situated in southern British Columbia near the city of Vernon, the Brett Gold property was acquired by Ximen in 2013 and is owned outright.

But here’s why it’s so exciting.  Brett is located in an epithermal gold district.  Epithermal gold deposits offer some of the largest and highest-grade gold mines in the world.

Samples from the Brett Gold Project have assayed up to hundreds of grams per tonne (multiple ounces per ton), of both gold and silver, over significant widths in drill holes and trenches. To date, gold mineralization has been identified over a strike length of 650 m and vertical interval of 85 m on the Main Zone.

Last year Ximen initiated a permit to extend the underground workings and do diamond drilling to further define the main zone and explore parallel zones. This program is expected to be started this year. 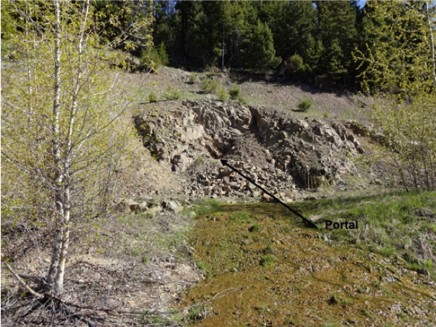 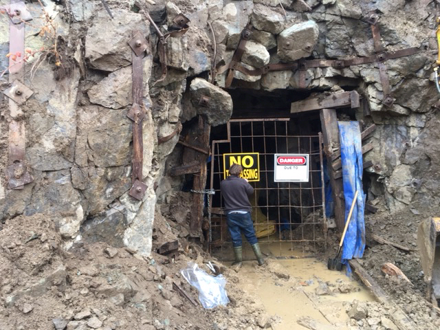 As discoveries and development advance, they promise to make of Brett the company’s next cash generator.

In addition to Kenville and Brett, Ximen has other projects which, under the prospect generator model, are being advanced with most costs typically borne by the option partner.

The Gold Drop project has been optioned to GGX Gold Corp. (TSX-V:GGX) for staged cash and stock payments and work commitments.

Most of Gold Drop’s gold veins were discovered in the 1890s to early 1900s, followed by underground development and mining from the mid 1920s to 1941.  Drilling has produced intersects over 100g/t gold, 800 g/t silver and 600 g/t tellurium over several meters.  Ximen has already acquired much of the land around the area optioned to GGX.

Another iron in the fire is the Treasure Mountain Silver Project, also in south-western B.C., and optioned to New Destiny Mining Corp. (TSX-V:NED) for staged cash and stock payments. Treasure Mountain is located near a number of other past-producing precious metals mines.

Ximen recently announced a comprehensive exploration program this year at its Amelia gold mine property at Camp McKinney in southern B.C.  Geochemical and geophysical surveys followed by diamond drilling are planned to locate extensions and parallel veins.

Last year Ximen continued assembling a large land position surrounding and including the historic Amelia gold mine.  Past gold production has graded on average an impressive 24.68 grams per tonne.

Ximen has been diligently acquiring and advancing large, strategic land packages in southern B.C., aiming to become a dominant player in this highly productive jurisdiction.

The sweet spot of transitioning from developer to British Columbia’s next significant gold producer is well within sight.  Now’s the time for early investors to add Ximen to their portfolios, just before the market rerates its shares.