This is an exciting time to be a gold investor.

Not only is the precious metal up an astounding 80% since late 2015, but its stars are lining up for much higher prices in the months and years ahead.

That’s because all of the fundamental drivers underpinning its recent strength are becoming even more entrenched.

There are numerous catalysts for higher prices in the near, medium, and longer term.  They include a potentially chaotic US election, a growing second Covid wave, a weakening US dollar, rising social tensions, massive money printing, and zero to negative interest rates, to name a few.

As a result, junior gold explorers are launching into a perfect storm.  Those with established resources in safe jurisdictions, and massive exploration upside, could become life-changing investments for early shareholders.

So investors would do well to consider how Great Atlantic Resources (TSXV:GR; FRA:PH01) offers all of these characteristics in spades.

“Great Atlantic is in an enviable position; its flagship project, Golden Promise, is in a top tier mining jurisdiction and has a current resource of over 120,000 gold ounces.  Golden Promise is located on the prolific Central Newfoundland Gold Belt, just 45 km from Marathon Gold’s 4 million gold oz. Valentine Gold Project.  With a strong gold bull market ahead of us, we look forward to upcoming assay results from this year’s ongoing drill campaign as we aim to grow the resource.” — Christopher Anderson, President, CEO & Director, Great Atlantic Resources.

Great Atlantic Resources has several projects in Atlantic Canada, an excellent place to invest in exploration and mining.

In fact, the Fraser Institute’s 2019 Annual Survey of Mining Companies ranked Newfoundland and Labrador in the top 10 jurisdictions in its Policy Perception Index.  That’s because the province’s policy climate is amongst the most stable and attractive for the mining industry.

In fact, Great Atlantic’s most advanced, highest priority and, at 16,500 hectares, its largest property, the Golden Promise Gold Project is on the Central Newfoundland Gold Belt.

This is significant because the property, which hosts multiple gold bearing quartz veins, is located in a region that has already demonstrated significant gold discoveries.

Not the least of these is Marathon Gold Corporation’s (TSXV:MOZ) Valentine Gold Project, touted as the largest undeveloped gold resource in Atlantic Canada.  Valentine is located approximately 45 km southwest of Golden Promise, and currently boasts a 4.2 million gold ounce resource and is being advanced towards development. 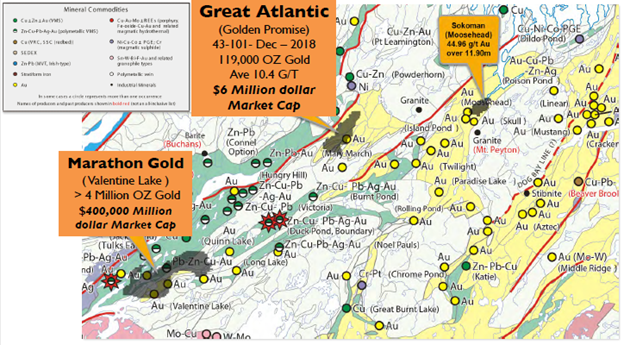 To put it mildly, this is an exciting time for a growing high-grade gold project, located in a top-notch jurisdiction, and demonstrating massive potential exploration upside.

Back in February, management provided a summary of the Phase I drilling program at the Jaclyn Main Zone (JMZ).  JMZ is a gold bearing quartz system, which produced numerous successful intercepts, most near surface and within 100 meters of vertical depth. 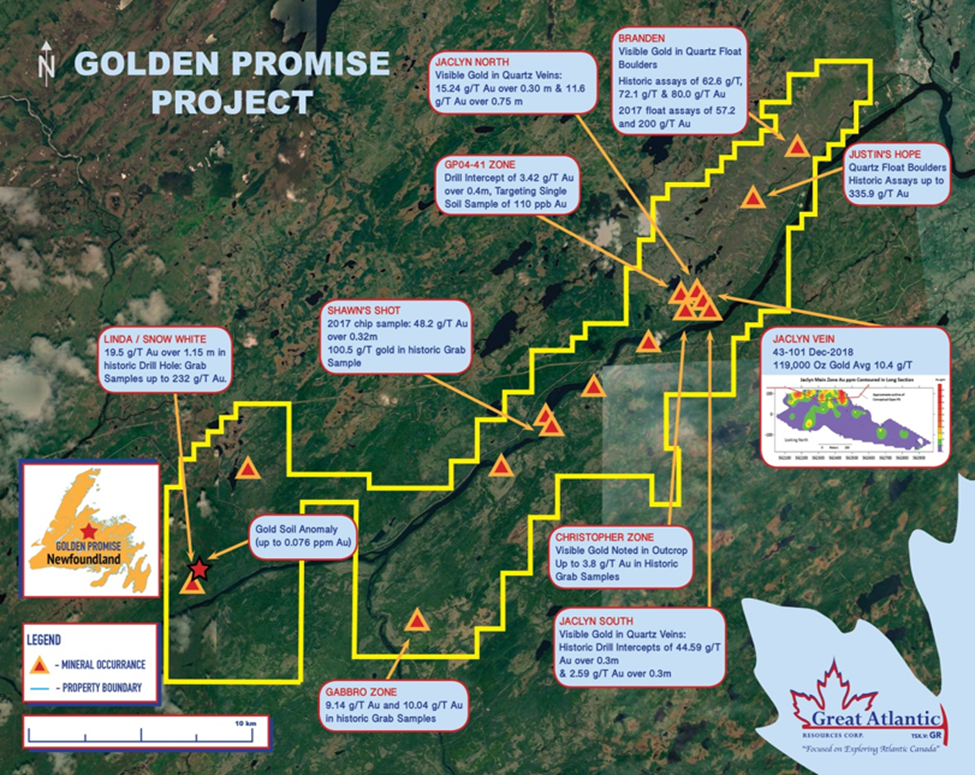 These are the highlights of near surface gold intersections from the 2019 drill program.

David Martin, VP Exploration for Great Atlantic Resources states, “the existence of multiple gold bearing veins in some drill holes, such as GP19-140, establishes the potential for local increased width and potential additional gold-bearing structures in this near-surface part of the JMZ.”

Shortly after this news was released, management announced it would soon submit an application for Phase 2 drilling in 2020 on Golden Promise at the JMZ and east of the Jaclyn North Zone (JNZ).

Despite all the challenges that came along due to the Covid-19 pandemic, the 2020 exploration program began in May on several targeted areas.  By mid-June, a second 2020 permit was received for soil geochemical and ground geophysical surveys, allowing for sampling within the southwest region of the Golden Promise Gold Property.

In early August, Great Atlantic made its final option payment of $150,000 in cash to acquire 100% right, title and interest in and to the Golden Promise Gold Property.  By mid-August, the permit for Phase 2 diamond drilling was received.  That allowed for a series of drill holes east of the JNZ along its projected strike, including areas of quartz boulders containing high grade gold.  Consider that assays of quartz boulder samples excavated during 2017 east of the JNZ included very high grades at 163.9, 208.5 and 332.6 grams per tonne (g/t) gold.

A private placement was announced in early September, whereby Great Atlantic would raise $2 million by way of a non-brokered deal.  Of that total, A majority is earmarked for property work for its Golden Promise Gold Property in Newfoundland, primarily for drilling and exploration.  That financing closed late September, raising a total of $2.24 million. 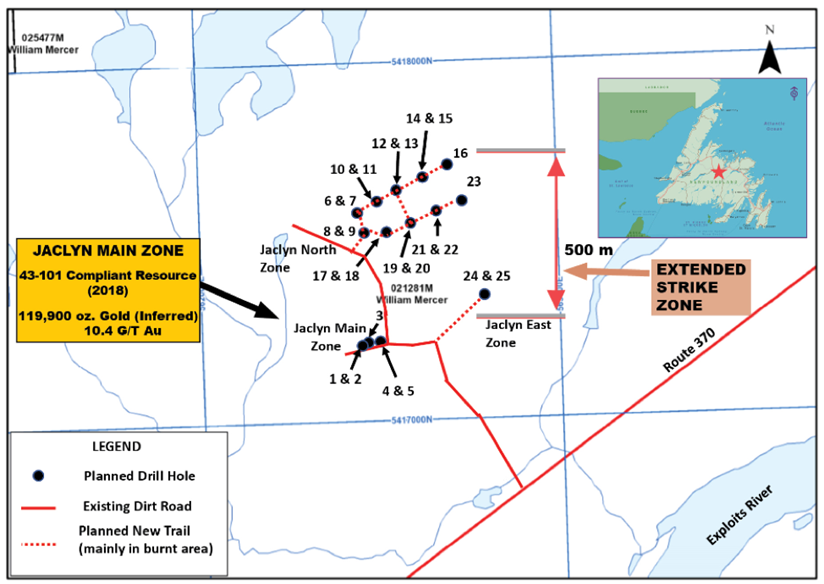 Exploration has been ongoing, and drilling is about to commence results are expected to follow shortly thereafter. The goal is to expand the current NI 43-101 compliant resource of 120,000 ounces averaging 10.4 g/t.  It will be exciting to watch for results, as this could ignite shares.

Great Atlantic enjoys a tight share structure, with just under 10 million shares outstanding, a market cap just shy of $6 million, and insiders and key shareholders owning over 30% of the company.

With that in mind, it’s easy to see how positive drill results could dramatically move the needle on GR’s share price.

Great Atlantic also has a number of other promising projects, including some that are under option with various exploration companies.  Add in a sustained gold bull market with much higher gold prices, and all the pieces are in place for tremendous upside in Great Atlantic shares.