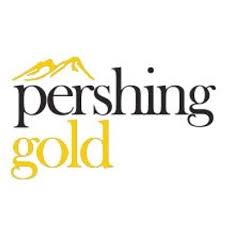 Mine Development Associates, Kappes Cassidy & Associates of Reno, NV and Jorgensen Engineering and Technical Services, of Centennial, CO, completed the FS for the Company’s Relief Canyon gold mine with an effective date of May 24, 2018. Highlights from the FS include a pre-tax net present value of $154 million, a pre-tax internal rate of return of 91% and pre-tax Net Cash Flow of $204 million. The NPV, IRR and Net Cash Flow figures assume pre-tax economics using $1,290 per ounce of gold, $16.75/oz of silver and a 5% discount rate. Further highlights from the FS are listed below in Table 1 and FS gold price sensitivities are listed below in Table 2.

“The Feasibility Study validates the previous technical work we have done at Relief Canyon, confirming it to be a low CAPEX, low cost, high IRR project,” stated Stephen D. Alfers, Pershing Gold’s Chairman and CEO. “Pershing Gold thanks MDA, Kappes Cassidy, Jorgensen Engineering, and their staff for their high quality work in assisting with the development of this Feasibility Study,” stated Alfers.

“We have always believed that the Relief Canyon mine has scale, because the deposit is open at depth and in three directions. Recent drilling bears this out, and we expect to add mine life as we continue infill drilling and exploration,” said Alfers.

The FS demonstrates the applicability of contract-mining and conveyor stacking to bring the project into production. The FS estimates that 509,514 oz Au are expected to be produced with average life of mine production of 91,000 oz Au/year over the 5.6 year LOM. The FS highlights the low cost nature of this project with an average cash cost of $769/oz Au and All in Sustaining Cost of $801/oz Au. The modest capital expense nature of this project is reaffirmed with the estimated FS Initial CAPEX of $28.2 million. The full FS will be posted within the next 45 days on the Company’s website at http://www.pershinggold.com/technical-reports and at www.sedar.com.

Contract mining has been identified as the preferred mining method, and Pershing Gold has worked closely with several contract mining companies in order to identify the equipment, method and costs of open pit mining based on detailed contractor bids. The method of mining will be a drill, blast, load haul method typical for Nevada open pit mining. The truck fleet is expected to consist of thirteen 100-ton trucks operating with three 992 loaders. Ore will be hauled to stockpiles ahead of the primary crusher where it will be blended and fed to the crusher as required. All of our plans to commence mining operations are contingent upon obtaining project financing for Relief Canyon.

In 2015, 2016 and 2018, Pershing Gold conducted metallurgical test work on drill core and bulk samples to confirm heap-leach processing on resources and reserves that have been identified within the proposed pit. The metallurgical test work was based on identifying three distinct alterations on cross-section, which have been named the Main, Lower, and Jasperoid Zones.

Results from column leach testing demonstrate that the major Relief Canyon ore types contained in the Main, Jasperoid and Lower Zones, generally would be amenable to heap-leach cyanidation treatment.

The column-leach and permeability tests also indicate that agglomeration is required in order to achieve hydraulic conductivity and a corresponding gold recovery on a consistent basis. There is also testwork showing that blending low and high fines content material will aid hydraulic conductivity.

Existing process buildings, office buildings and ponds will be refurbished for use, additionally reducing capital costs and decreasing the time needed to advance the project into production.

The planned processing method is heap-leach cyanidation of primary crushed ore (80% passing three inch). Crushed ore will be mixed with eight pounds per ton of cement and agglomerated as it is transported to the leach pad via overland conveyors. The ore will then be placed on the pad for leaching utilizing grasshopper conveyors and a radial stacker. The average gold recovery is predicted to be 81%.

Currently, Pershing Gold has all of the state and federal permits necessary to start the Phase I mining and heap-leach processing operations. Pershing Gold is planning a two-phase permitting and development scenario for the project. Phase I, which has been approved, is the re-purposing of previously approved disturbance for expanded mining to a pit bottom elevation of 5,080 feet, partial backfilling of the Phase I pit to approximately 20 feet above the historical groundwater elevation to eliminate a pit lake, expanded exploration operations, full build-out of the heap-leach pad to accommodate leaching of the Phase I ore, and construction of a new waste rock storage facility. Phase II will include additional mine expansion activities and allow further mining below the water table. Pershing Gold will use the mine plan in the FS as the basis for the Phase II permit application, and anticipates it will submit the Phase II permit applications in the first half of 2018.

Pershing has continued to conduct exploration and development drilling within and adjacent to the current FS resource model. Fifty core holes have been drilled to date, primarily in three areas: 1) infill drilling within the North area along the proposed west edge of the FS reserve pit, 2) extensional drilling southwest of the North area resource, and 3) twin hole drilling within the Main zone mineralization southwest of the historic South pit. Drilling in the first two target areas is meant to upgrade the resource model, resulting in a potential enlargement of the FS reserve pit, and also extend the current mineral resource farther to the west and southwest. The Main zone drilling is twinning pre-Pershing reverse circulation drill holes to confirm and provide confidence in the resource model. Upon completion of the current drill program, Pershing is planning on updating the resource model in the third quarter of 2018.

Drill results to date from eight infill holes in the first target area are on average about 30% higher in gold grade than predicted within the resource model. It is likely that these results would have a positive impact and should result in an enlargement of the current FS pit.

The resource extension drilling southwest of the North area (seven holes completed to date) have returned favorable results within the Lower and Jasperoid zones with mineral intercepts of the same tenor as seen up-dip within the current resource models. These intercepts are over an area of approximately 700 feet northeast/southwest and 500 feet northwest/southeast and mineralization is still open to the west and southwest. Cyanide solubility testing indicates the material is amenable to standard heap-leach processing as proposed in the current Feasibility study and there are plans to follow up with metallurgical testing of composites from these holes. There is the potential that these positive drill results, especially if further drilling returns similar results, could drive further pit expansion.

The third area of drilling is in the Main zone within and immediately to the west of the current reserve pit. Eight core holes have been drilled twinning pre-Pershing Main zone reverse circulation drilling and an additional five core holes were drilled to infill gaps in the Main zone drill spacing and test the western extension of Main zone mineralization. The infill drill results indicate only a minor variation with the predicted resource estimate grades and there is close match in geology and sample results between the Pershing and pre-Pershing drill holes. The positive Main zone twin drill results serve to verify and provide increased confidence in the pre-Pershing drilling which forms the basis for much of the Main zone model and resource estimate. The twin and extension holes also confirm a previous observation that the historical drilling may not have been deep enough to fully test both the base of Main zone mineralization and also the western extension of mineralization down-dip from the current reserve pit. Ore grade intercepts in drill holes 516 and 512, holes located 600ft apart along a north-trending strike, and 400ft to 700ft, respectively, west of the reserve pit, indicate that Main zone mineralization is present to the west past the current drill spacing. Mineralization is open between these two holes and also farther along strike to the north. Drilling is ongoing to determine the extent of this opportunity for resource and reserve growth.