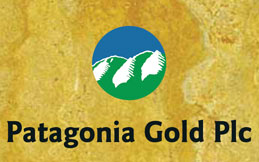 Patagonia Gold Plc (TSX: PAT) (AIM: PGD), the gold producer and advanced mining exploration company with gold and silver projects in the southern Patagonia region of Argentina, today announced it has provided written notice to the Toronto Stock Exchange requesting the delisting of its ordinary shares

The Company has received confirmation from the TSX that its ordinary shares will be delisted from the TSX with effect from the close of business on July 12, 2013.

Following the delisting from the TSX, Patagonia Gold’s ordinary shares will continue to be traded on the AIM market of the London Stock Exchange under the trading symbol PGD.

The Directors believe that the voluntary delisting will have no impact on the Group’s ongoing operations, nor on its ability to raise further funds, if required, in the future to progress continued development of the Group’s projects. The Directors also believe that shareholders will benefit from the simplified focus and lower cost resulting from the maintenance of only the Company’s original AIM listing.

Patagonia Gold Plc is an advanced mining exploration company that seeks to grow shareholder value through the acquisition, exploration and development of gold and silver projects in the southern Patagonia region of Argentina. The Company is primarily focused on the development of three projects: the flagship Cap-Oeste project, the nearby COSE project and the Lomada heap leach project, which is expected to begin generating free cash flow by 2013. Patagonia Gold, indirectly through its subsidiaries or under option agreements, has mineral rights to over 220 properties in several provinces of Argentina and Chile, and is one of the largest landholders in the province of Santa Cruz.