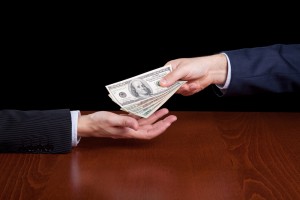 Paramax Resources Ltd.  (TSX VENTURE:PXM.H) is pleased to announce that Paramax and MEGA Graphite Inc. have closed the business combination previously announced on February 20, 2013 and May 10, 2013. In connection with the Transaction, Paramax has changed its name to Sabre Graphite Corp. and its shares are expected to commence trading on the TSX Venture Exchange under a new symbol, “SAG”, at market open on, or about, June 12, 2013.

Sabre is a Tier 2 mining issuer on the Exchange with 26,085,086 common shares issued and outstanding.

Description of the Transaction

Following the completion of the Transaction, Salida Capital International Limited, on behalf of certain funds managed by it, controls 10,438,745 Shares (or approximately 40.02% of the issued and outstanding Shares).

Final acceptance of the Transaction by the TSX Venture Exchange has not yet been obtained; however, Sabre expects to receive such acceptance shortly.

Sabre is a mining exploration company with the following principal properties.

The Bedford and Burgess properties overlie significant flake graphite occurrences. An historical non-NI 43-101 compliant resource estimate completed in 2000 at the Bedford Property shows 2,602,800 tonnes of 3.44% to 3.52% C (graphite) Measured and Indicated, and 1,268,000 tonnes of 3.44% C (graphite) Inferred, which remains open to expansion. At the Burgess Property, nearly a century of exploration work has identified numerous zones of graphite mineralization. Through diamond drilling, trenching and geophysics, past workers have published non-NI 43-101 compliant estimates that the Burgess Property could contain 10 to 20 million tons of 8% C (graphite) that also remains open to expansion.

Metallurgical testing completed in 2010 on a composite 1,500 lb (680 kg) bulk sample of graphite mineralized rock derived from both properties showed that high purity flake graphite concentrates could be prepared from this material using conventional grinding and floatation technology. Furthermore, the flake concentrates had suitable size and chemical characteristics for use in high technology, lithium ion battery applications. Based on results to date, no processing factors or deleterious elements appear to be present that would adversely affect the production of an acceptable flake graphite concentrate.

Adding to the potential of these properties, geological investigations completed in 2013 at the Burgess Property for the first time identified significant folding of bedrock geology. Folded geology is a key characteristic of many graphite deposits, as graphite mineralized units may be significantly thickened in fold hinges. In many cases this improves the development potential of a deposit by strongly concentrating volumes of mineralized rock, thus making fold hinges a primary target of exploration and mining activity. Based on previously published maps, folding is also a positive characteristic of the Bedford Property.

Sabre intends to carry out work programs consisting of geological mapping, trenching, sampling and processing studies on each of the Properties. If results from these studies continue to be positive, Sabre may carry out diamond drilling on the Properties.