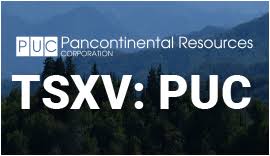 Pancontinental Resources Corporation (TSX-V: PUC) (OTCQB: PUCCF) reports gold and multielement geochemistry results for two more diamond drill holes in Phase 2 of the Company’s fully funded 10,000-meter (m) maiden drill program at its flagship Brewer Gold & Copper Project (see Table 1). Holes 11 and 12 are vertical holes located to the north and northwest of discovery Holes 4 and 5 and collared outside the northern pit wall of the former mine (see Figure 1). In addition, Pancon reports that preliminary logging of step-out Hole 16, located 350 m north-northwest of the former mine, identified intergrown chalcopyrite-bornite mineralization at about 225 m below surface (see Photo 1).

Pancon President and CEO Layton Croft stated: “Holes 11 and 12 extend, to the north and west, the gold-copper mineralized zone below the former Brewer mine. This zone now spans 275 m on a north-south axis, with a mineralized hole 50 m to the east and another mineralized hole 50 m to the west (see Figure 2). The bigger picture is getting clearer. Our next phase of drilling will include a grid of holes to expand our understanding of this gold-copper mineralized zone below the former mine, with the objective of defining a maiden resource in 2022.”

Croft continued: “Mineral zonation is a useful tool for vectoring in exploration, and recent discoveries make this a possibility at Brewer. Previously identified copper minerals associated with gold-copper mineralization at Brewer are from much shallower epithermal mineralization dominated by chalcocite group minerals and enargite within hydrothermal breccias, but without a chalcopyrite-bornite assemblage. Our identification of intergrown chalcopyrite-bornite mineralization 350 m north-northwest of the former mine suggests that an originally deeper, higher temperature zone of the Brewer mineralizing system was transported to shallower levels during post-mineralization deformation and mountain building. This zonation would suggest an opportunity for vectoring porphyry copper style mineralization at shallow depths, possibly north of the former mine.”

See Quality Assurance and Quality Control Statement below regarding assaying techniques. Intervals are core lengths and are not presumed to be true thicknesses. 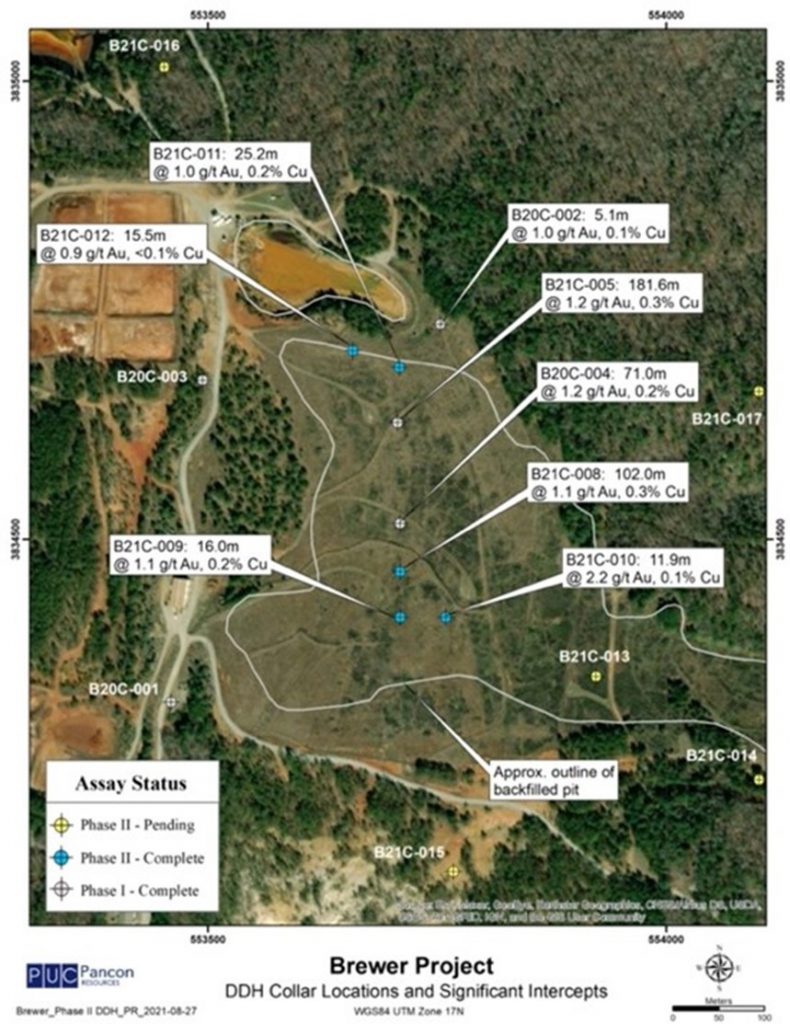 Figure 2 shows an updated North-South cross section, looking west, of the former Brewer Gold Mine main pit, with gold-copper results for vertical diamond holes 11, 5, 4, 8 and 9, which span 275 m on a north-south axis. Hole 12 is located 50 m west-northwest of hole 11, and thus is not shown in this cross section. 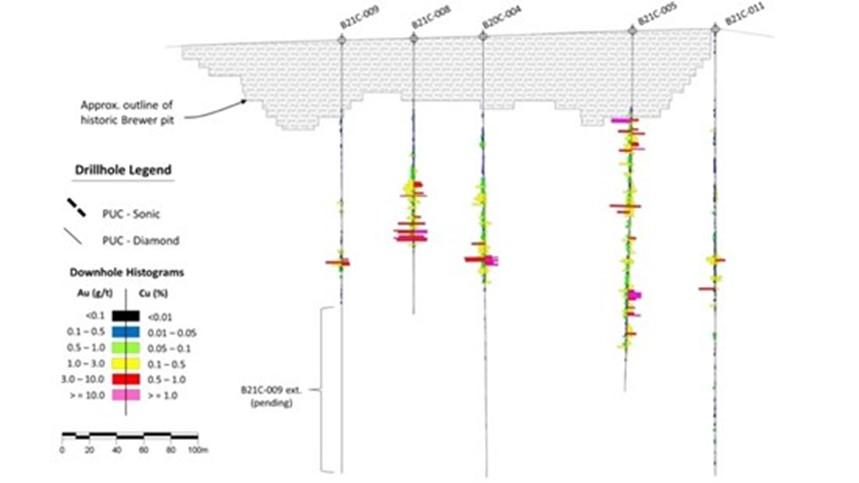 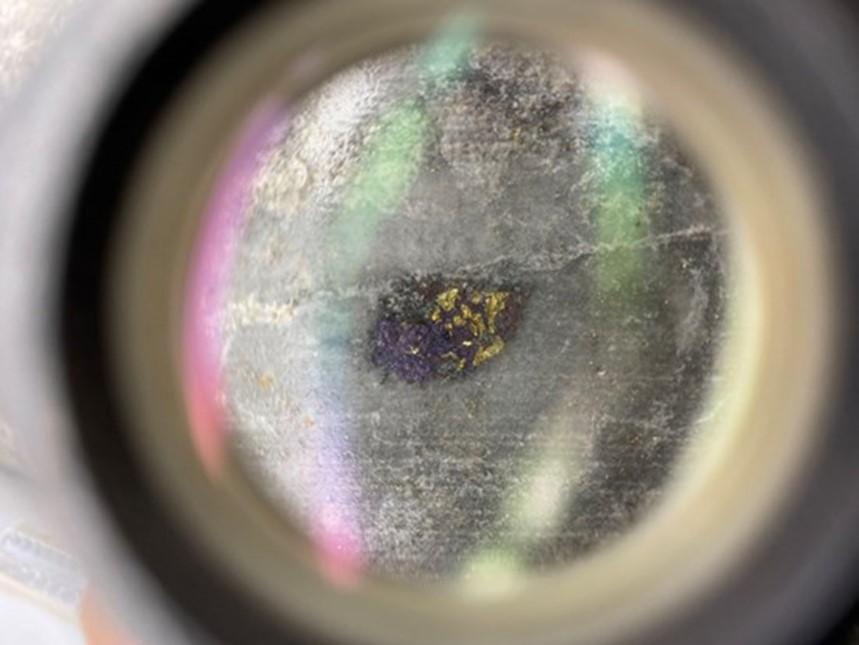 Gold was analyzed by fire assay (30 g) with an AAS (atomic absorption) finish, with a lower detection limit of 0.005 g/t gold. Samples containing greater than 10.0 g/t gold were analyzed by fire assay with a gravimetric finish. Multielement analyses, including base metals and rare earth elements, were analyzed with ICP-MS/ICP-AES (inductively coupled argon plasma mass spectrometry/atomic emission spectroscopy). Strict sampling and QA/QC protocols are followed, and assay integrity is monitored internally with a quality control program including the insertion of standards, blanks, and duplicates in the sample stream on a regular basis.

The technical information in this news release has been prepared in accordance with Canadian regulatory requirements as set out in NI 43-101 and reviewed and approved by Richard “Criss” Capps, PhD, RPG, SME REG GEO, a Qualified Person as defined by NI 43-101.

Pancon is a Canadian junior mining company focused on exploring the prolific and underexplored Carolina Slate Belt in Chesterfield County, South Carolina, USA. In January 2020, Pancon won the exclusive right to explore the former Brewer Gold Mine property. The Brewer Gold & Copper Project, on the gold-rich Carolina Slate Belt in South Carolina, is where the former shallow Brewer Gold Mine produced 178,000 ounces of oxide gold between 1987-1995 from open pits that extended to 65-meter depths, where copper and gold-rich sulphides were exposed but could not be processed by the oxide heap leach processing facility (Zwaschka, M. and Scheetz J.W., 1995, Detailed Mine Geology of the Brewer Gold Mine, Jefferson, South Carolina, Society of Economic Geologists). Until Pancon, Brewer hadn’t been explored since 1997, and most of the tools used previously to explore the property have since been updated with more advanced technologies. Brewer is a high sulphidation system driven by a sub-volcanic intrusive and possibly connected to a large copper-gold porphyry system at depth, as indicated by: widely known prospective geology, including diatreme breccias; associated high sulphidation alteration; gold and copper mineralization; and geophysics (Schmidt, R.G., 1978, The Potential for Porphyry Copper-Molybdenum Deposits in the Eastern United States, U.S. Geological Survey). Pancon’s 100%-owned, 1,960-acre Jefferson Gold Project nearly completely surrounds the 1,000-acre former Brewer Gold Mine property, and both Jefferson and Brewer are located 12 kilometers northeast along trend from the producing Haile Gold Mine, which produced 137,413 ounces of gold in 2020 (https://oceanagold.com/operation/haile/).