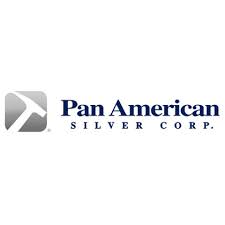 “Strong mine operating earnings of $103 million and strong operating cash flow in Q2 have further improved our financial position. Together with the sale of non-core assets, our cash and short-term investments increased by $34 million in Q2,” said Michael Steinmann, President and Chief Executive Officer. “We expect cash flows to further improve in the second half of the year, with the anticipated rise in throughput rates at La Colorada along with the normalization of inventory levels that were built up during the first half of 2021. Based on our strong financial position and our expectation for improving free cash flow over the remainder of the year, we are increasing the quarterly dividend to $0.10 per common share. This marks the third dividend hike in the past 18 months.”

Added Mr. Steinmann: “At La Colorada, we have now restored ventilation in the high-grade area of the mine, allowing underground development and throughput to ramp up over the coming months, together with an improvement in grades.”

The following tables provide management’s guidance for 2021, as at August 10, 2021. Management is reaffirming its guidance for annual 2021 production, Cash Costs, AISC and capital expenditures, as revised on May 12, 2021. The guidance reflects Management’s expectation that production will be weighted to the backend of 2021.

Pan American owns and operates silver and gold mines located in Mexico, Peru, Canada, Argentina and Bolivia. We also own the Escobal mine in Guatemala that is currently not operating. Pan American provides enhanced exposure to silver through a large base of silver reserves and resources, as well as major catalysts to grow silver production. We have a 27-year history of operating in Latin America, earning an industry-leading reputation for sustainability performance, operational excellence and prudent financial management. We are headquartered in Vancouver, B.C. and our shares trade on NASDAQ and the Toronto Stock Exchange.