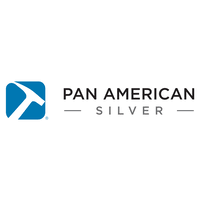 “These are extraordinary exploration results for our La Colorada mine, indicating the potential to substantially expand mineral resources, mine life and ultimately production capacity,” said Christopher Emerson, Pan American Silver’s Vice President Business Development and Geology. “Following the most recent mine expansion completed in 2017, we have renewed our exploration efforts at La Colorada, and these recent discoveries validate the important exploration potential of this mine.”

The Company will invest an additional US$2.5 million in exploration drilling at La Colorada over the remainder of 2018, and will budget a major drilling program for 2019, which is expected to result in a first resource estimate later in 2019. Larger underground drill rigs capable of drilling longer holes have now been mobilized.

To date, 15 drill holes have been completed from three underground locations for a total of 6,080 metres of drilling. All holes intersected vein and manto mineralization, while substantial lengths of polymetallic skarn mineralization were intersected in six holes, with each of the three deepest ending in mineralization.  See Figures 1 through 7.

The skarn mineralization comprises coarse sphalerite, galena and chalcopyrite within a classic skarn mineral assemblage, which has similar characteristics to mineralization at other large Mexican skarn deposits, such as the nearby San Martin and Sabinas mines. The current drill holes cover a horizontal area of about 400 m by 200 m, delineating skarn and manto zones that are open laterally and at depth.

Drilling will continue with three rigs for the remainder of 2018 from the 498 and 528 levels, which are current production levels at the mine (the level numbers indicate metres below the surface). Manto mineralization is located between the 600 and 800 levels, while skarn mineralization starts around level 800 and descends to at least the 1,200 level in hole U-39-18. All three holes intersecting the deep skarn ended in mineralization due to capacity restrictions of the drill equipment.

The La Colorada mine is 100% owned and operated by Pan American Silver, and is the Company’s largest silver producing mine. The Company expects the mine to produce 7.4 to 7.7 million ounces of silver in 2018, as per Guidance as of August 8, 2018.

A summary of the drill results is provided in the following table(1)(2):

Grades are shown as contained metal before mill recoveries are applied. Samples were analyzed at the La Colorada mine laboratory, which is operated by our employees, using fire assay with gravimetric finish for gold and silver, and by acid digestion followed by atomic absorption finish for lead, zinc, and copper. Pan American Silver implements a quality assurance and quality control program including the submission of certified standards, blanks, and duplicate samples to the laboratory. The relatively small program associated with the manto and skarn mineralization disclosed in this news release shows a few blank and standard failures, which are being followed up with the laboratory. Overall, given the number of holes drilled to date relative to the 2019 plan, the Qualified Person is of the opinion that the sample preparation, analytical, and security procedures followed for the samples will be sufficient and reliable for the purpose of any future mineral resource and mineral reserve estimates.

Technical information contained in this news release with respect to Pan American has been reviewed and approved by Christopher Emerson, FAusIMM., Vice President Business Development and Geology, and Martin Wafforn, P.Eng., Senior Vice President Technical Services and Process Optimization, each of whom is a Qualified Person for the purposes of NI 43-101.

Pan American Silver Corp. is the world’s second largest primary silver producer, providing enhanced exposure to silver through a diversified portfolio of assets, large reserves and growing production. We own and operate six mines in Mexico, Peru, Argentina and Bolivia. Pan American Silver maintains a strong balance sheet, has an established management team with proven operating expertise, and is committed to responsible development.