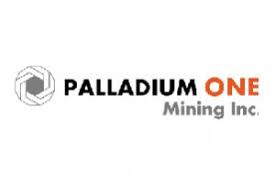 Hole LK20-016 has the best combination of grade and width of all the results from the LK Project to date, said Palladium One Mining Inc. (TSXV: PDM) (FSE: 7N11) (OTC Pink: NKORF).

“Of the 11 discovery holes drilled at Kaukua South, hole LK20-016 is the highest-grade drilled to date. The robust intercepts strengthen our belief that there are many more ounces than initially thought at our LK Project in Finland. We look forward to receiving assay results for the remaining three exploration holes drilled at Murtolampi, only 2 kilometers north of Kaukua,” said Derrick Weyrauch, President and Chief Executive Officer. “Each additional impressive drill result brings us closer to realizing our belief that the Kaukua area hosts a large-scale, shallow, mineralized system with significant continuity.”

Palladium One has now confirmed PGE-Ni-Cu mineralization over 4 km of strike length at the Kaukua South zone and the zone remains open laterally for expansion both to the east and west, as well as depth (Figure 1 and 2).

As the size of the Kaukua South zone has grown, so has its complexity. Holes in the western half of the zone have very high PGEs and lower Cu-Ni grades similar to the Kaukua deposit, whereas the eastern half have lower PGEs and higher Cu-Ni grades, more similar to the Haukiaho trend (see news releases on May 26, 2020 and September 15, 2020). This change in PGE tenor occurs within a 1.5 km gap in the drilling between holes LK20-016 and LK20-017 (Figure 1, 2 and 3). More drilling is required to define exactly where this change in PGE tenor occurs. Additionally, regional magnetic data indicate there is over 2 km of strike length to Kaukua South beyond LK20-021, the further east hole. This area remains to be drill tested.

Based on the positive results to date from the Phase I Exploration Drill Program, planning is under way to determine if it is feasible to restart drilling before year end. 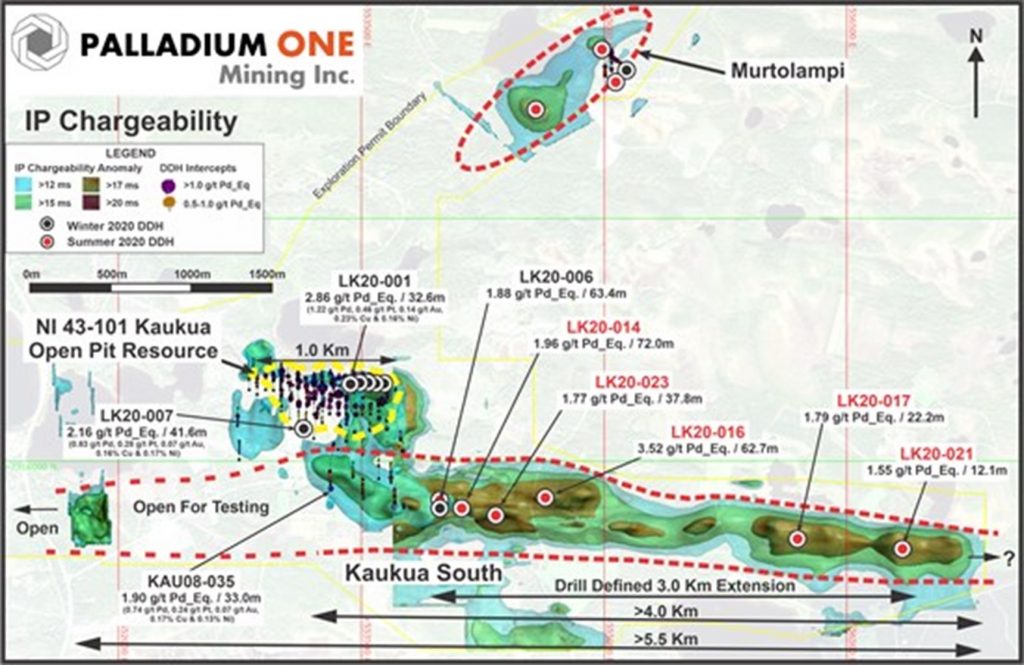 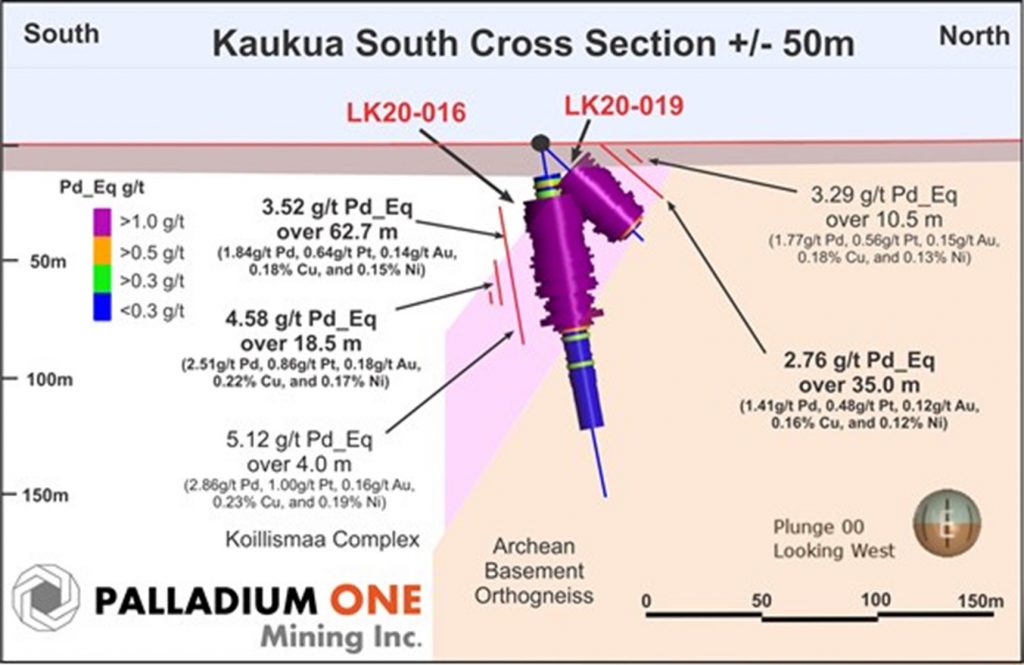 Drill core samples were split using a rock saw by Company staff, with half retained in the core box and stored indoors in a secure facility, in Taivalkoski, Finland. The drill core samples were transported by courier from the Company’s core handling facility in Taivalkoski, Finland, to ALS Global laboratory in Outokumpu, Finland. ALS, is an accredited lab and are ISO compliant (ISO 9001:2008, ISO/IEC 17025:2005). PGE analysis was performed using a 30 grams fire assay with an ICP-MS or ICP-AES finish. Multi-element analyses, including copper and nickel were analysed by four acid digestion using 0.25 grams with an ICP-AES finish.

Palladium One Mining Inc. is an exploration company targeting district scale, platinum-group-element (PGE)-copper-nickel deposits in Finland and Canada. Its flagship project is the Läntinen Koillismaa or LK Project, a palladium-dominant platinum group element-copper-nickel project in north-central Finland, ranked by the Fraser Institute as one of the world’s top countries for mineral exploration and development. Exploration at LK is focused on targeting disseminated sulfides along 38 kilometers of favorable basal contact and building on an established NI 43-101 open pit resource.