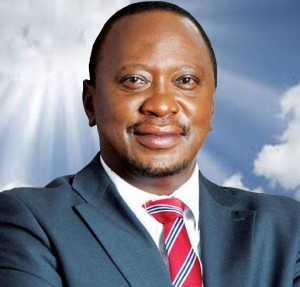 Pacific Wildcat Resources Corp. (TSX VENTURE:PAW) wishes to advise that the Directors of Cortec Mining Kenya Limited, owner of the Mrima Hill Niobium and Rare Earth Project in Kenya, met with His Excellency Uhuru Kenyatta – President and Commander in Chief of the Defense Forces of the Republic of Kenya on the 26th April 2013 at State House in Mombasa, Kenya. PAW owns 100% of two UK holding Companies that between them own a 70 % interest in CMK.

“We will support the development of the Mrima Hill Niobium and Rare Earth Project and the efforts of Cortec Mining Kenya but are keen to ensure that exploitation of the minerals benefits the Country. Commercial development of this project will have a significant positive effect on all the stakeholders including the local community, the Kwale County and the Country as a whole” commented Kenyan President Uhuru Kenyatta.

“We were delighted to have the opportunity to meet with His Excellency President Kenyatta to discuss the Mrima Hill Project, in particular its size, scope and benefits as a whole. Mirma Hill is a world class asset, and, with the Mining License recently granted our project is making excellent progress” commented Darren Townsend, PAW President and CEO.

The Company looks forward to its next stage of development which includes resource definition work comprising of the preparation in Quarter 3 of an inaugural National Instrument 43-101 compliant Total Rare Earth Resource at the Mrima Hill Project and advancing metallurgical work on the Mrima Hill Project.

Pacific Wildcat is a TSX Venture Exchange listed Canadian mineral exploration company having the trading symbol “PAW”. PAW owns 100% of Stirling Capital Ltd and Cortec Pty Ltd, two UK companies that between them own a 70% interest in Cortec Mining Kenya Limited, a Kenyan company which has the mining rights to the Mrima Hill Niobium and Rare Earth Project in Kenya. This was an ex Anglo American and Pechiney property the subject of extensive historic work. In July 2011 the Company completed an initial NI 43-101 compliant inferred niobium resource estimate of 105.3 million tonnes at 0.65% Nb2O5 for a total of 1.519 billion pounds contained Nb2O5 to a depth of 30 metres from the surface.