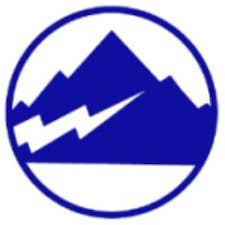 As previously announced highly anomalous cobalt values together with elevated nickel were intersected in the near surface zone.  These intersections were encountered in the limonite zone and form a continuous blanket over the entire 600 metre x 300 metre area drilled.

This zone varies in thickness from 2 to 11 metres and immediately overlies previously reported nickel values in the saprolite zone and considerably enhances the potential size of the mineralized body of material.

“The Company is very pleased with this latest round of drill results. The elevated cobalt values are of significant importance, considering the commodity’s recent price increase and the role it plays in the battery metals supply chain. Both our cobalt and nickel results continue to add to our optimism that the Cyclops project will create shareholder value,” remarked Ranjeet Sundher, President and Chief Executive Officer of Pacific Rim Cobalt.

This month, Indonesia’s president Joko Widodo said the country should process more of its own natural resources, such as coal, bauxite, palm oil and nickel, rather than just exporting them. Indonesia has said it wants to use its abundant nickel reserves to build an electric car industry. Last year, Chinese battery materials company, GEM, said it would work with battery giant CATL and stainless steel producer Tsingshan, to build a US$700 million plant in Indonesia to produce nickel for batteries.

The program was completed on the target plateau area developed over a lateritized upfaulted block of peridotite in order to test the continuity of the mineralized laterite profiles.

The total program involved the following:

Drill intersections with cutoff grades at 0.05% and 0.10% cobalt included:

All drill intersections reported in this press release are true widths. All holes are vertical and the mineralizing system is flat lying and parallel to the surface topography.

The Cyclops Project area located in Papua Province, Indonesia, benefits from excellent infrastructure, including proximity to a work force and supplies, sealed roads, ocean access, nearby port facility, and gentle topography. The road system enables year-round access to the project and connects it with the large town of Sentani, located about 15 kilometres (kms) to the east, and with Jayapura, the capital city of Papua province, located about 40 kms to the east.

Exploration drilling and sample procedure protocols include: insertion of blank and certified samples; photographing and weighing of core; recording of recovery %; samples half cored with the balance retained for further analysis if required; sample intervals of 1m; sample recovery is core; all drill location and elevations recorded.

The technical content of this news release has been reviewed and approved by Mr. Garry Clark, PGeo, independent director of Pacific Rim Cobalt and a Qualified Person as defined by National Instrument 43-101.