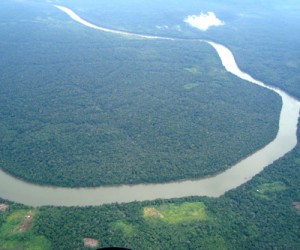 Pacific Potash Corporation (TSX VENTURE:PP)(OTCQX:PPOTF)(FRANKFURT:P9P) and CapitalAsia Investment Holdings Group are pleased to announce the signing of a non-binding Memorandum of Understanding. The Memorandum sets out the initial terms and conditions for entering into a formal off-take agreement at such time as Pacific Potash’s Amazonas Potash Property goes into commercial production.

It has been agreed in the Memorandum that if the Amazonas Potash Property is developed into a mine, the parties will enter into a formal off-take agreement pursuant to which Pacific Potash will sell and CapitalAsia Group or a purchaser designated by it will buy up to 1 million tones of potash per year produced from the Amazonas Property at the future world market price for potash. The off-take agreement will be for the lesser of 20 years or the life of the mine.

Mr. Balbir Johal, Executive Co-Chairman and Director of Pacific Potash stated, “This Memorandum of Understanding confirms we have a ready market for any future potash sales from our Amazonas Potash Project in Brazil, and strengthens the ties between our Company and CapitalAsia Group. Both parties believe in the future desirability of developing domestic sources of fertilizer products for the growing Brazilian market as well as, the potential to export a percentage of production to China. With respect to potash, Brazil imported 7.5 million tones of potash in 2012 accounting for 93% of Brazilian consumption. This agreement symbolizes both parties commitment to fully develop the Amazonas Potash Property as quickly as possible. We are now positioned to have strong funding and support from our strategic partners to find, develop and sell potash.”

CapitalAsia Group commented, “China ranks first in the global grain production with the largest population in the world. The improving living standards in the next decades will lead to a higher demand for grain production. The demand for potash will increase dramatically with potash being the basic raw material in agriculture. This agreement of 1 million tones will provide important guarantee for the huge future demand. It also represents a long-term, mutually beneficial strategic partnership between CapitalAsia and Pacific Potash. We are looking forward to working with Pacific Potash to bring the Amazon Potash Project through the various stages of exploration and development.”

CapitalAsia Group is a global investment firm including private equity and financial services, offering our core activities in Asia Pacific and North America. The firm provides a diverse range of investments and services to a selective client base such as personal wealth families, corporations and financial institutions.

Pacific Potash Corporation trades on the TSX Venture Exchange under the symbol: PP, as well on the OTCQX under the symbol: PPOTF and on the Frankfurt Stock Exchange under P9P. Pacific Potash is engaged in the exploration and development of the Amazonas Basin Project and the surrounding potash claims targeting the Middle Amazonas Potash Basin, currently the host to multiple new exploration campaigns for potash. The Company also is exploring the Provost Potash Property and the surrounding potash claims targeting the prolific Prairie Evaporite Formation, which is host to multiple conventional and solution potash mines.