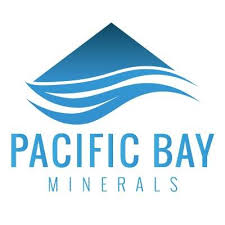 David H. Brett, President and CEO, Pacific Bay Minerals Ltd. (TSX-V: PBM) reports that the first hole of a two-hole, 236 metre drill program at the Company’s 100% owned Weaver Lake gold property in the New Westminster Mining Division in southern BC returned assays of 2 g/t gold and 13.71 g/t silver over 4.61 metres. These results represent core lengths only, as the true width of the structure has not yet been determined. The second hole returned no significant assays.

The 2018 holes were drilled to test the extension of the high grade gold and silver quartz – carbonate shear hosted veins intersected in a 1975 drilling program and subsequent underground workings. Drill hole 18-01 was drilled at an 010o azimuth for 121.92 meters and it intersected a package of variably altered tuff and hornfels tuff, including an interval of brecciated quartz-carbonate rhodocrosite veins from 19.6 meters to 40 meters in which the interval from 27.11 metres to 32.01 metres returned 2.0 g/t Au and 13.71 g/t Ag.

According to project geologist David Bridge, P.Geo, “Previous drilling of the Weaver Lake shear hosted gold-silver-quartz-carbonate +/- rhodocrosite vein mineralization in 1975 returned 0.485 oz/ton gold and 2.68 oz/ton silver over 1.52 metres. This mineralization is in the vicinity of the portal which was constructed later. Drilling in 1996 to the east of the portal tested a possible parallel zone or faulted offset zone which returned 8.61 g/t gold and 46.2 g/t silver over 3.05 meters. The shear hosted gold-silver mineralization on the Weaver Property is hosted by faulted Lower Jurassic Harrison Lake Formation volcanics and volcaniclastic sediments which have hornfels overprinting from an Oiligocene to Miocene granodiorite intrusion. The shear hosted mineralization may have formed by strain refraction and shearing around the buried intrusion as evidenced by multiple sheeted zones of fractures in the vicinity of the trace mineralization seen during the 2018 program. The higher grade gold and silver mineralization may have formed from degassing of the second boiling granodiorite intrusion as it cooled. These granodiorite stocks are also related to the gold mineralization to the southeast of Harrison Gold Project (also known as the Abo Project) located 2km north of Harrison Hot Springs and approximately 9 km east of the Weaver Lake Gold Property.”

The Weaver Lake property is located in southern BC and is highly accessible via highway and all weather roads and can be worked on year-round.

“We are encouraged by these results and at Weaver and believe there is potential for further discovery,” said Pacific Bay CEO David Brett. “The Company hopes to complete further drilling at Weaver in the future.”

The technical disclosures in this news release were reviewed and approved by David Bridge, P.Geo., a Qualified Person, as defined by National Instrument 43-101.