“San Juan is the fifth high-grade shoot discovered at Santa Ana in twelve months,” commented Joe Hebert, Chief Executive Officer. “Exploration at Santa Ana has been very efficient producing a high-grade shoot on average for every 2,100 metres of drilling. More importantly, San Juan represents a unique exploration opportunity being that it is a blind discovery made by drilling below shallow anomalous shears near an adjacent known shoot. Outcrop is working to develop geochemical and structural vectors to blind mineralization.”

Sixty-seven holes have been drilled on Santa Ana for a total of 11,486 metres. El Dorado and San Juan have drill holes in progress and assays are pending for six holes. The San Antonio target will be tested after El Dorado, San Juan and Roberto Tovar are defined along their surface trace. An additional 4,600 metres are planned in this first phase of exploration drilling, which is anticipated for completion in early 2021.

Drilling on San Juan to date reflects only its southern margin and not its central core. Like Roberto Tovar, intercept thicknesses may increase within the shoot core and grouped parallel veins may occur. At the depths drilled, San Juan is inferred to be a separate shoot 150 metres north of Roberto Tovar but with very similar geometry. Both Roberto Tovar and San Juan are high angle. The structure containing the San Juan shoot continues to the surface above the elevation of high-grade mineralization as anomalous shears containing small amounts of weakly mineralized epithermal quartz. An observation within the controlling structure but above high-grade suggests that elevated arsenic, cadmium, antimony, lead, zinc and minor tungsten, tin, and lithium depletion might be pathfinder elements in fluid outflow zones above shoots. This geochemical signature may lead to a model for drilling blind mineralization. Importantly, Roberto Tovar and San Juan provide a density of two large shoots within less than 600 metres of vein.

For an epithermal vein-system, the shoots at Santa Ana are exceptionally large, typically over 200 metres in length as a trace at surface and over 250 to 300 metres down-dip within the vein. All shoots are open at depth and most shoots are also open in at least one direction along their surface trace. 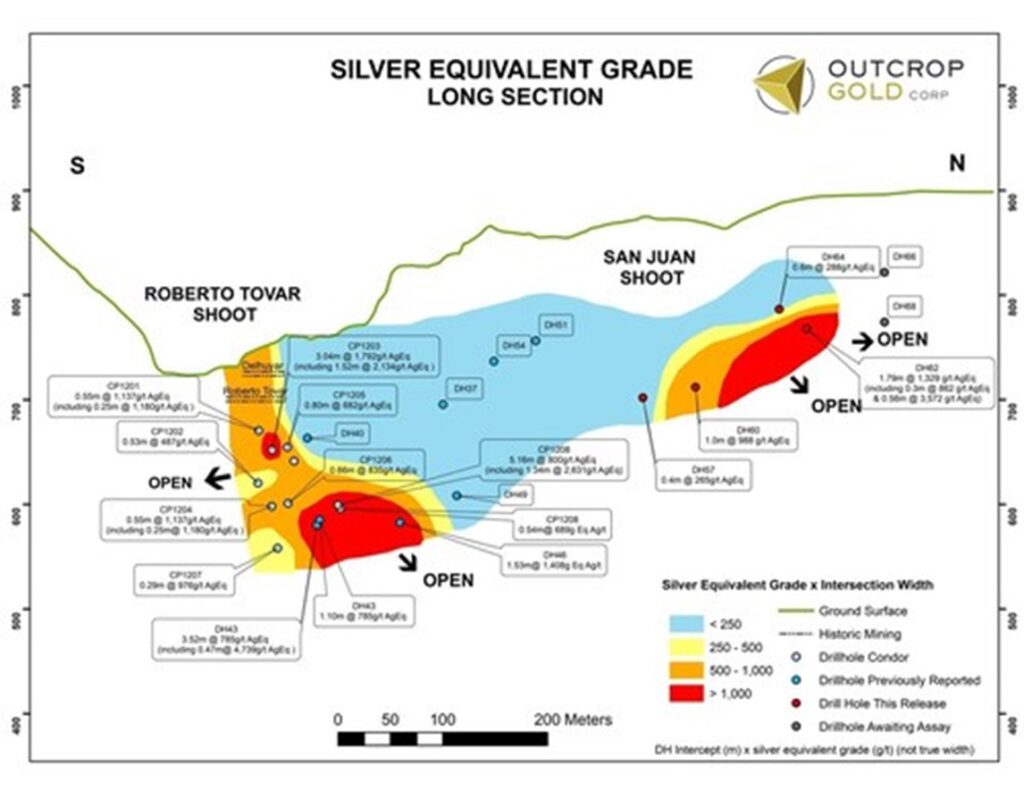 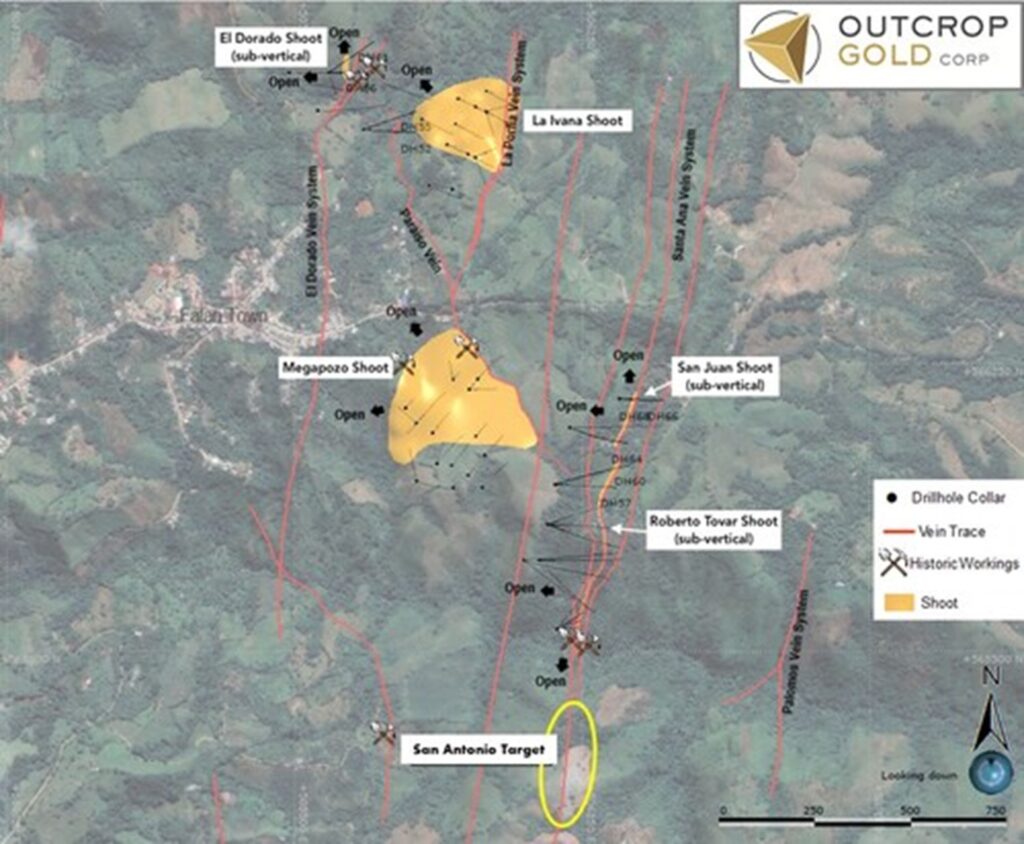 Map 1: Five high-grade shoots discovered to date include, La Ivana, Megapozo, Roberto Tovar, El Dorado and San Juan with less than 30% of projected vein systems tested. The southern limit of the San Juan shoot is delimited by drill-holes 57 and 60, 150 metres north of the northern limit of Roberto Tovar. Assays are pending for holes 66 and 68 testing San Juan to the north. The San Antonio target will test for open extensions of Roberto Tovar to the south – and for another possible close-spaced shoot. All targets have produced high-grade shoots. (CNW Group/Outcrop Gold Corp.)