“It is remarkable and encouraging that for all holes, both historic and from our recent drilling, that 94% of all holes have tagged high-grade silver and or gold,” commented Joseph Hebert, Chief Executive Officer. “Importantly, mineralization shows both good structural and grade continuity in individual ‘shoots’ on the order of over 200m along strike and 200m in dip with mineralization still open in two drilled targets that are 1.2km apart and within separate parallel vein systems. Numerous vein systems are being advanced as the project reveals higher potential with each round of drilling.”

Workings from 0.6m to over 1m were intersected frequently within the drill-pattern. This indicates that there are more stacked veins present than were intersected by drilling – and that likely some of the higher-grade and thicker segments of the vein were mined in the Spanish colonial period or after. For the most part these workings are excavated by hand and are not of great extent, shallow, and highly-selective to richer areas. The Porfia vein was advanced to drilling by mapping and projection from associated workings. When Outcrop drills targets advanced beyond the extent of old workings, along strike, and deeper than 100m to 150m, thicker and more numerous intercepts, higher grades, and a higher total count of stacked or parallel veins will be expected.

La Ivana is located 1.2km to the north of the parallel Santa Ana Royal Mines vein system. An historic 2012 eight-hole drill program at the Royal Mines target returned an intercept high of 1.35m of 10.2 g Au/t and 1,839 g Ag/t. Between the two drill targets there are over fifteen historic mine portals. These two successful drill programs suggest that the Santa Ana project is a discovery with significant potential. Recent compilations and reconnaissance indicate up to 14km of cumulative vein systems containing packages of multiple veins.

Regarding vein intercept widths on the project, it is important to look at both historic and current drilling together – for all holes currently reported on Santa Ana, the average vein intercept width is 1.2m. Lower-angle veins like Porfia have an average intercept width of 0.54m – and higher-angled veins of the Royal Mines vein system average 1.83m. That range of drill intercepts is expected with continued drilling over a larger extent of the vein system.

Twelve drill holes have been completed for a total of 1,300m, concluding a test of a section of the Porfia vein in the La Ivana vein zone over 250m of strike and 200m down-dip. Work continues to advance targets by soil sampling, trenching, prospecting, and accurate mapping of portals and any exposed veins. A 12,000m exploration drill program will commence shortly to quickly build accumulated strike and a “count” of up to 200m by 200m mineralized panels.

Significant intercepts in the Ivana vein system are provided in the table below: 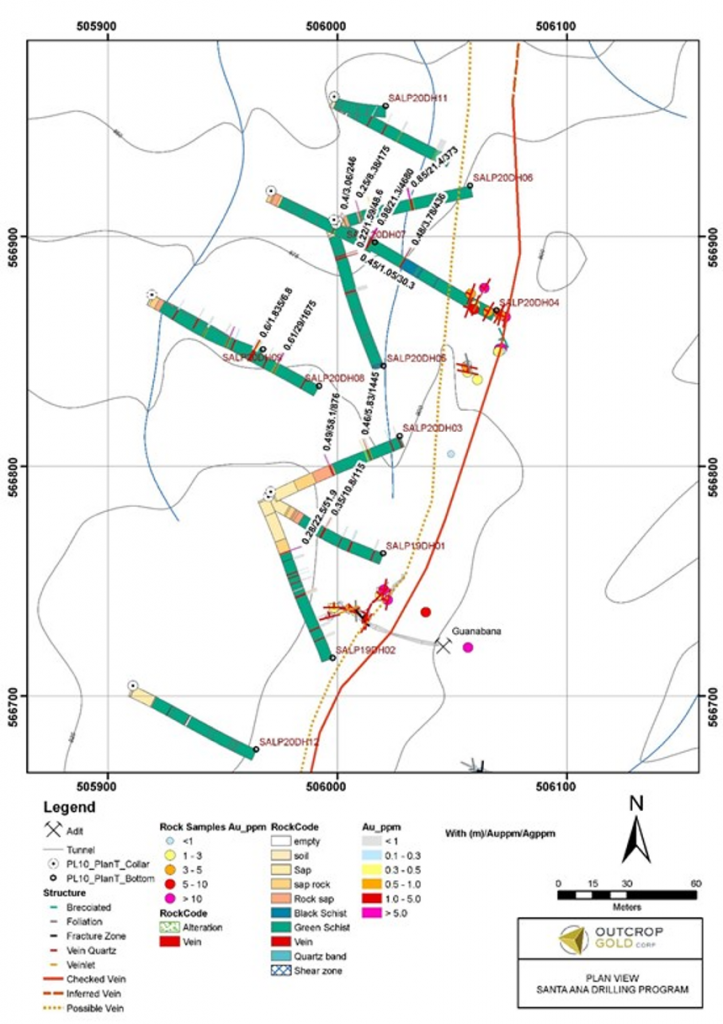 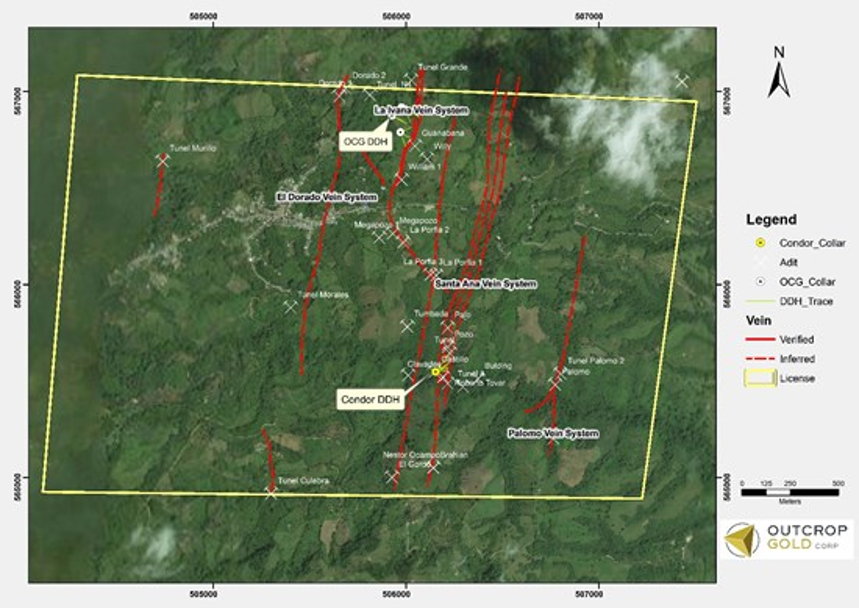 Map 2: Current and historical 2012 drilling separated by 1.2 km. There are over fifteen mine portals between the two drill areas. Seven vein zones provide 14 km of cumulative strike. 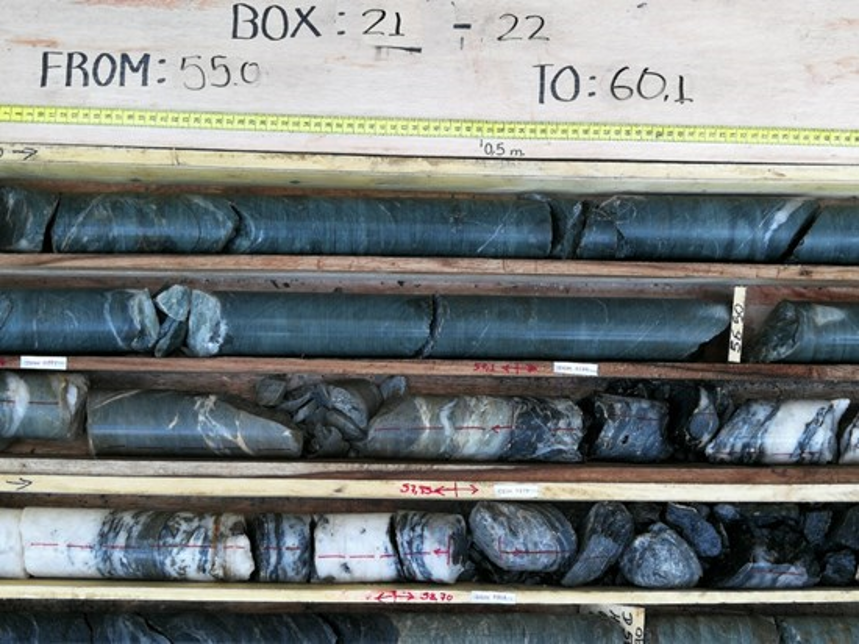 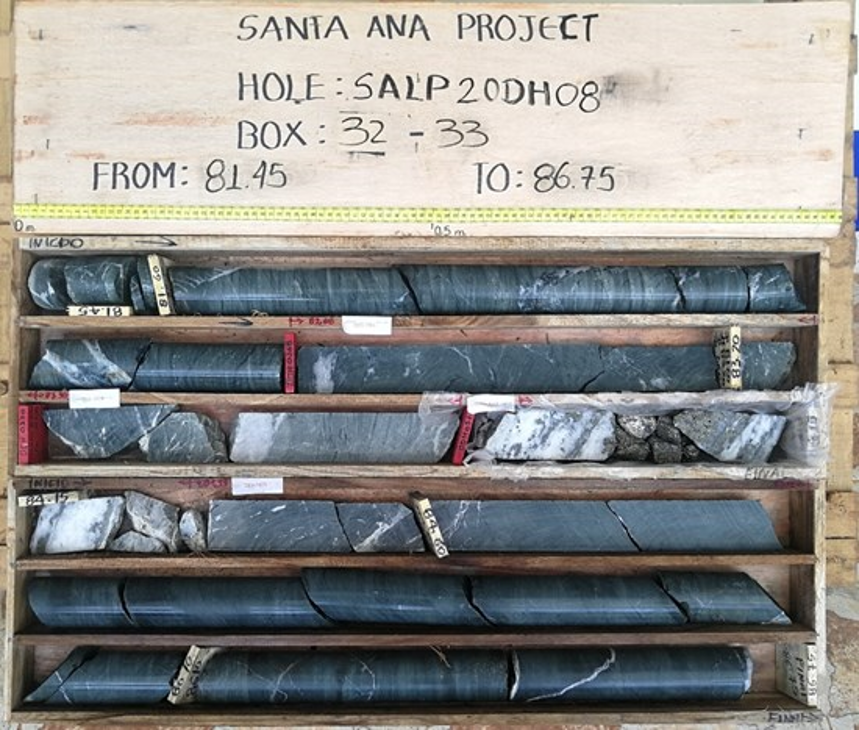 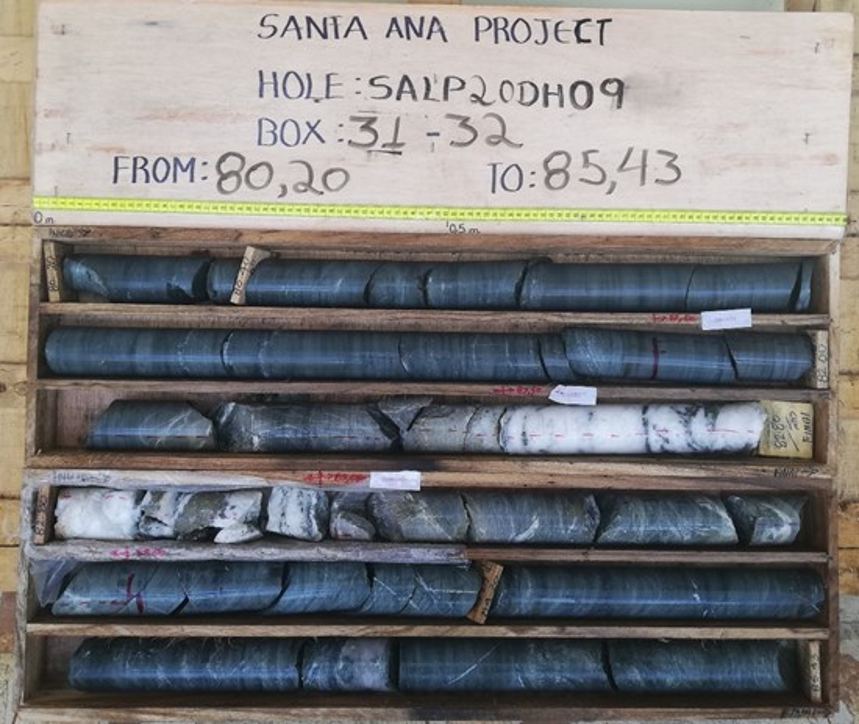 Outcrop Gold’s quality control procedures during collection of drill core data included the insertion of commercial certified standards and blanks. 130 samples in 4 lots were sent to the ALS Chemex lab for preparation and sent by that lab to ALS Chemex Peru. For the results received and reported in this news release, there are 87 samples submitted of which 14 were control samples of 4 standards, 4 blanks, 4 field duplicates (and two preparation duplicates). The standards include both high and low-grade samples, picked as a good representation of typical values sampled from accessible veins. Blanks and standards were reviewed and considered acceptable by measured standard deviations. It is concluded for these reported assays that both the prep and analytical labs provided good accuracy and no measurable contamination.

The samples were analyzed for gold using standard fire assay on a 50-gram sample with a gravimetric finish, and for multiple elements by ICP-MS using either an aqua regia (ME-MS41) or a four acid (ME-MS61) digestion. High silver results triggered ore grade Ag analysis using the AG-OG62 procedure.

The Santa Ana project comprises 3,538 ha located in the Municipality of Falan, Tolima Department, Colombia, approximately 15 km southeast of the of the town of Mariquita, and 190 km from Bogota, Colombia’s capital city. The Santa Ana project covers a significant part of the Mariquita District where mining records date to at least 1585. The Mariquita District is the highest-grade primary silver district in Colombia. Under colonial Spanish era control of the mines, silver grades were reported to be among the highest in Latin America with the fourteen mines of Santa Ana producing average smelter returns of 4,300 g Ag/t from veins averaging 1.4 m wide.

Historic mining depths support a geologic and exploration model for a composite mesothermal and epithermal vein system having mineralization that likely extends to great depth. At Santa Ana it is unlikely that there is sharp elevation restriction common to high-grade zones in many epithermal systems with no mesozonal component.

Outcrop is a gold prospect generator active in Colombia acquiring gold exploration projects with world-class discovery potential. Outcrop performs its own grass roots exploration and then employs a joint venture business model on its projects to maximize investor exposure to discovery and minimize financial risk. Outcrop has seven primary projects in Colombia with three at an advanced stage of exploration. Outcrop will conduct focused drilling on flagship properties such as Santa Ana to create its own catalysts for value creation and to receive full value for future joint ventures or dispositions.

The technical information in this news release has been approved by Joseph P Hebert, a qualified person as defined in NI43-101 and President and Chief Executive Officer to the Company.