“The weighted average grade for thirty-one significant intercepts in La Ivana is 17 grams gold equivalent per tonne or 1,241 grams silver equivalent per tonne over 0.5 metres,” comments Joseph Hebert, Chief Executive Officer. “Importantly DH117 provides an example where three close-spaced veins can be composited together with intervening wall rock to provide significant widths of mineralization. Some close-spaced vein packages can be composited locally in most of the shoots discovered to date.”

For equivalent calculations $1,900 per ounce gold, $26 per ounce silver, $0.87 per pound lead and $1.08 per pound
zinc were used. Intervals shown are drill intercept, true thickness cannot be calculated yet. SALP21DH117 contains
three close-spaced veins and compositing is highlighted. 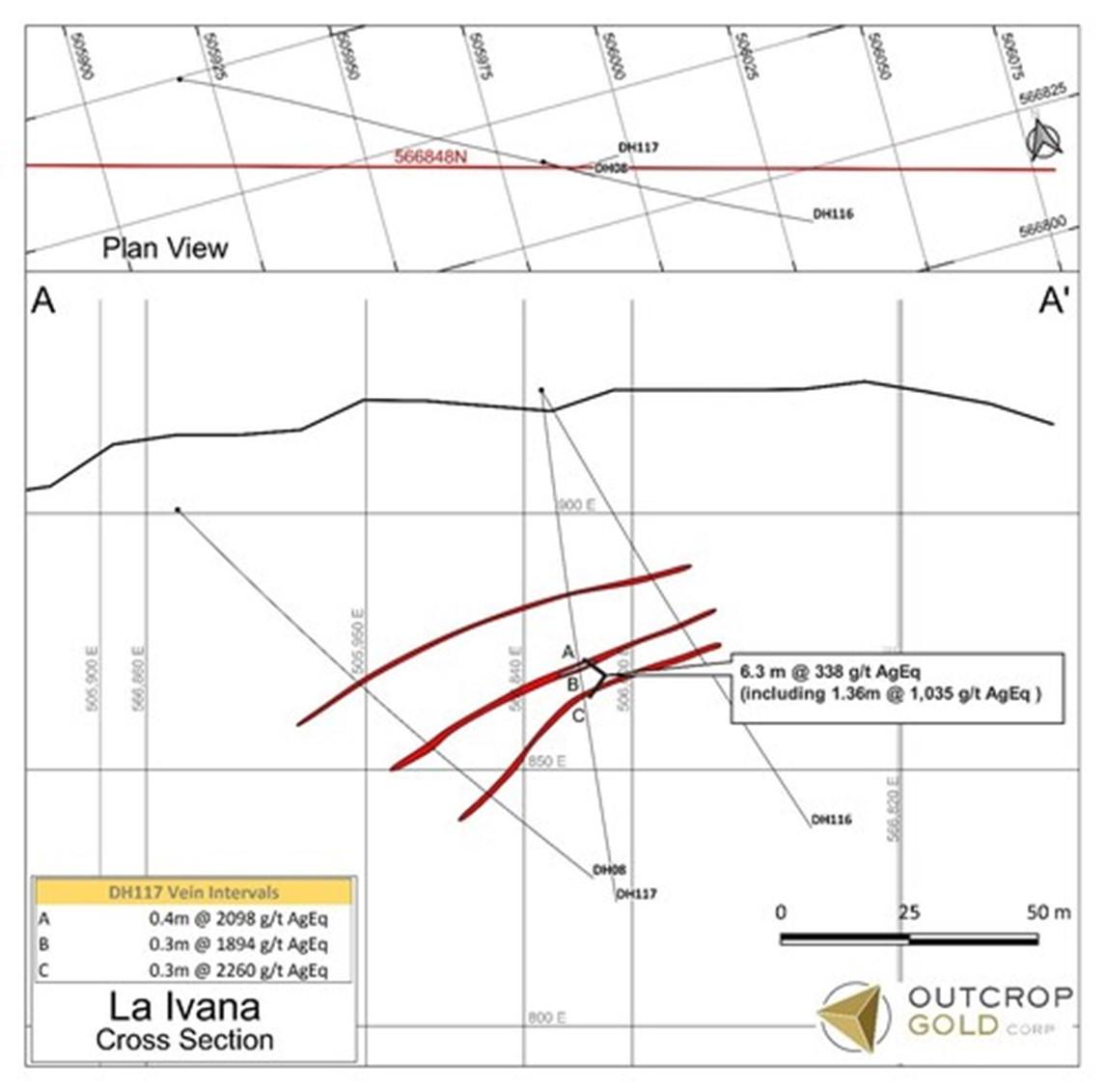 Section 2: Equivalent g Ag/t in plan section (for low angle shoot) that outcrops to east and dipping west. The
approximate dimenisions of the shoot are 320 metres by 310 metres and it is open in at least three directions. 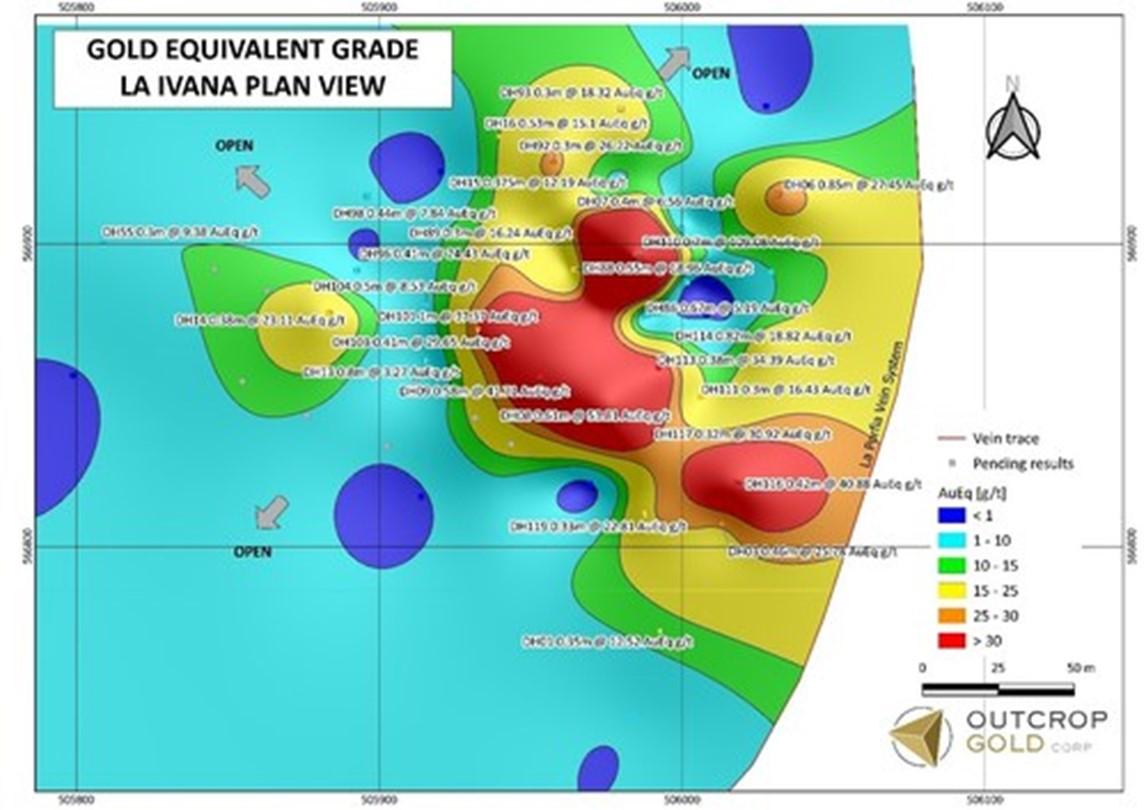 Section 3: Equivalent g Au/t in plan section (for low angle shoot) that outcrops to east and dipping west. The
approximate dimensions of the shoot are 320 metres by 310 metres and it is open in at least three directions.

A recent drill-hole (SASA21DH128) on an extension of the Santa Ana vein system 320 metres south of Roberto Tovar shows a high-angle 3.6 metre shear zone hosting veins and veinlets and containing 0.30 metres of clotted to massive sulphide that resembles the Roberto Tovar shoot. Assays are pending for this hole. This Santa Ana vein intercept and a prior moderately mineralized vein in the Prias target are encouraging in the context of discovering new shoots.

The new Los Micos target (one kilometre south of Megapozo) shows eight of thirty-three surface samples with values over 3 g Au/t including highs of 6.51 and 14.32 g Au/t and values over 200 g Ag/t including highs of 1,730 and 2,353 g Ag/t in sub-cropping veins. Los Micos will be advanced to drilling, and the Santa Ana and significantly anomalous Prias intercepts (0.30 to 1.03 metre veins @ up to 114 g eq. Ag/t) drilled in April will be followed up.

Outcrop is a hybrid prospect generator active in Colombia acquiring silver and gold exploration projects with world-class discovery potential.  Outcrop performs its own grass roots exploration and then employs a joint venture business model on its projects to maximize investor exposure to discovery and minimize financial risk.  Outcrop has five primary projects in Colombia. While Outcrop’s other projects are available for joint venture, Outcrop will continue to drill and progress the Santa Ana high-grade silver project.