Outcrop Gold Corp. (TSX-V:OCG) (OTCQX:OCGSF) (DE:MRG1) is pleased to announce that delineation drilling in La Ivana on its 100% owned Santa Ana project in north Tolima, Colombia, has commenced and confirms good continuity of vein-shoot structure and grade over hundreds of metres.

“We are very pleased with the results of the first few holes of our delineation drilling as we continue to expand upon our known vein systems,” comments Joseph Hebert, Chief Executive Officer. “With the recent closing of our $9.2 million financing we are well positioned to actively carry out our robust Phase Three Drill Program and unlock more value in the Santa Ana silver district.”

Continued drilling confirms that La Ivana shoot is comprised of a complex of six low-angle, parallel veins (Section 1) that strike north and dip to the west. The vein complex of the shoot extends for over 250 metres width along strike. The main highwall and footwall La Porfia veins of La Ivana shoot extend to depths of over 350 metres where they are open at depth.  Definition drilling will extend the vein segments between the highwall and footwall La Porfia veins.

Core samples are sent to either Actlabs in Medellin or ALS Chemex in Medellin for preparation and then to ALS Chemex in Toronto or Lima, Peru for analysis. In line with QA/QC best practice, approximately three control samples are inserted per twenty samples (one blank, one standard and one field duplicate). The samples are analyzed for gold using standard fire-assay on a 50-gram sample with a gravimetric finish. Multi-element geochemistry is determined by ICP-MS using either aqua regia (ME-MS41) or four acid (ME-MS61) digestion. Comparison to control samples and their standard deviations indicates acceptable accuracy of the assays and no detectible contamination.

Outcrop is a hybrid prospect generator active in Colombia acquiring silver and gold exploration projects with world-class discovery potential.  Outcrop performs its own grass roots exploration and then employs a joint venture business model on its projects to maximize investor exposure to discovery and minimize financial risk.  Outcrop has five primary projects in Colombia. While Outcrop’s other projects are available for joint venture, Outcrop will continue to drill and progress the Santa Ana high-grade silver project. 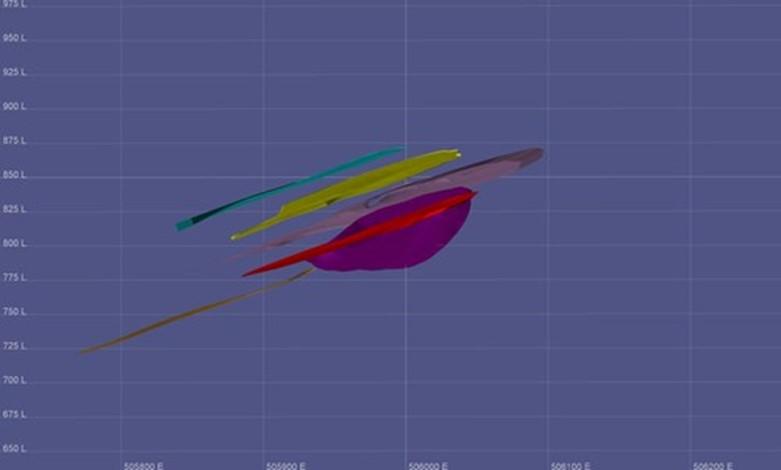 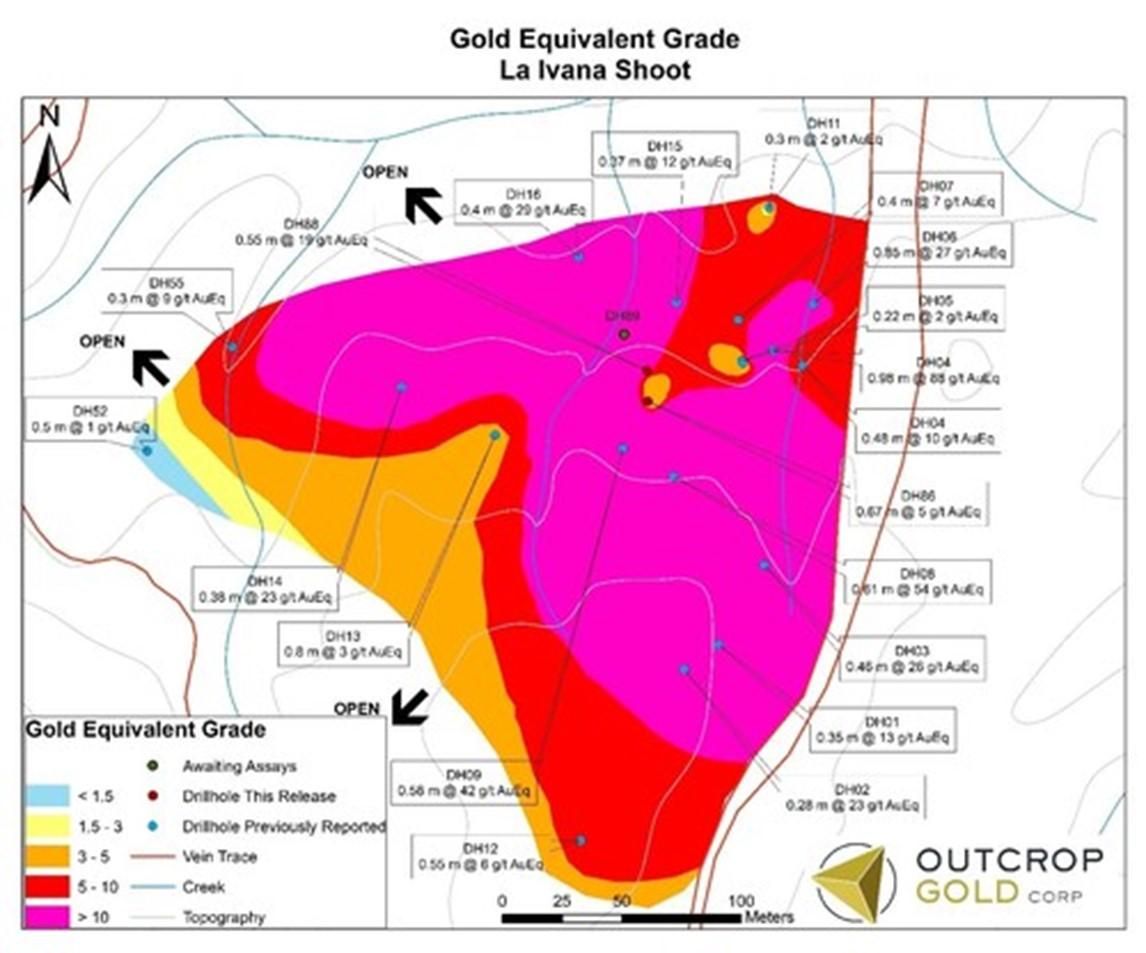 Section 2: Equivalent g Au/t in long section (in plan for low angle shoot) that outcrops to east and dipping west. The approximate dimensions of the shoot are 300 metres by 300 metres and it is open in at least three directions. (CNW Group/Outcrop Gold Corp.)

Section 3: Equivalent g Ag/t in long section (in plan for low angle shoot) that outcrops to east and dipping west. The approximate dimenisions of the shoot are 300 metres by 300 metres and it is open in at least three directions. (CNW Group/Outcrop Gold Corp.)