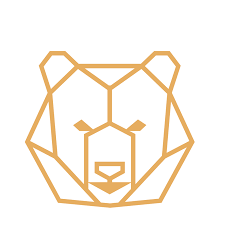 Further to its press releases dated September 28, 2021 and October 4, 2021, Otso Gold Corp. (TSX-V: OTSO) is pleased to announce the closing of a non-brokered private placement of 105,650,000 units to Brunswick Gold Ltd at a price of $0.06 per Unit for aggregate proceeds of US$5,000,000. Each Unit consists of one common share and one common share purchase warrant   Each Warrant will entitle the holder thereof to purchase one Common Share at a price of $0.08 per share for a period of five years from the date of issuance.

The proceeds from the Offering will be deployed by Otso to continue its ramp-up to production and for working capital during production.

Additionally, the Company is pleased to confirm that the National Instrument 43-101 Technical Report prepared by John T Boyd Company, the summary of which was announced on August 20, 2021, has been filed on SEDAR.

All  securities  issued  in  connection  with  the  Offering  will  be  subject  to  a  statutory  hold  period  of four  months plus a day from the date of issuance in accordance with applicable securities legislation.

The Offering is considered a ‘related party transaction’ within the meaning of Multilateral Instrument 61-101 Protection of Minority Security Holders in Special Transactions.  The Company has relied on exemptions from the formal valuation and majority of minority approval requirements in sections 5.5(b) and 5.7(a) of MI 61-101 in respect to completing the Offering, as the fair market value of BGL’s participation was not be more than 25% of the Company’s market capitalization.

This news release does not constitute an offer to sell or a solicitation of an offer to buy any of the securities described  in  this  news  release  in  the  United  States.  Such  securities  have  not  been,  and  will  not  be, registered under the United States Securities Act of 1933, as amended (the “U.S. Securities Act“), or any state securities laws, and, accordingly, may not be offered or sold within the United States, or to or for the  account  or  benefit  of  persons  in  the  United  States  or  “U.S.  Persons”,  as  such  term  is  defined  in  Regulation  S  promulgated  under  the  U.S.  Securities  Act,  unless  registered  under  the  U.S.  Securities Act  and applicable state securities laws or pursuant to an exemption from such registration requirements.

Otso Gold Corp. wholly owns the Otso Gold Mine near the town of Raahe in Finland. The Otso Gold Mine is developed, fully permitted, has all infrastructure in place, two open pits and is progressing towards production in October 2021.