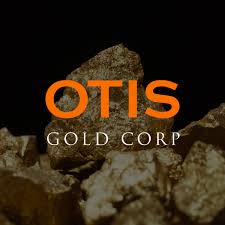 Otis Gold Corp. (TSX-V: OOO) (OTC: OGLDF) is pleased to announce that results from the Fall 2019 drill program at the Kilgore Project indicates gold mineralization extends to the west and the south of the existing Kilgore Deposit. Specifically, assays from hole 19OKR-384, drilled to the west of the Kilgore Deposit, intercepted 158.5 metres averaging 0.23 grams per tonne gold  including 51.8m grading 0.48 g/t Au, with gold mineralization beginning at the surface. Hole 19OKR-381, drilled to the south of the Kilgore Deposit, intercepted 49m grading 0.13 g/t Au and 2.08 g/t silver

A summary of significant results from the 2019 11-hole drill program is contained in Table 1 below:

The holes reported reflect all material results from an 11-hole, 2,564m (8,415ft) reverse-circulation exploration drilling program conducted at the Kilgore Project between October and December 2019 (see News Release dated December 13th, 2019). The goal of this program, which is the first phase of a larger, multi-stage 70-hole, 25,000 metre exploration drill program announced in 2019, was to conduct step-out exploration drilling at all points immediately around the currently identified Kilgore resource.

The holes specifically targeted caldera-related fault structures adjacent to the Tertiary volcanic – Cretaceous sediment contact, believed to be the most prospective with respect to mineralized material, as well as follow-up on indications of further mineralization from historic drill holes completed from the 1980s through the 1990s, prior to implementation of NI 43-101 for reporting of mineral resources.

Alan Roberts, Vice President of Explorations, stated: “The presence of gold-silver mineralization outside of the current resource at Kilgore is very exciting, and confirms our belief that Kilgore and the surrounding area presents a very significant target for future exploration. The results from the drill program have confirmed both the validity and accuracy of the current 3D geologic model that was created to enable the generation of indicated and inferred resources, as well as confirming prospective mineralization identified in historic, pre-NI 43-101 drill campaigns. The program completed in December, 2019 represents only a small portion of the larger program of 70 planned holes at Kilgore that we hope to complete in the Summer-Fall 2020.”

Hole 19OKR-384 was drilled due west of the Kilgore Deposit and was designed to test the extension of mineralization away from the currently defined resource. The hole intercepted 158.5m (520ft) grading 0.23 g/t Au including an interval of 51.8m (170ft) grading 0.48 g/t Au. Samples were assayed for silver but did not return any significant values.

Historic drilling dating back to the 1980s revealed that potential for mineralization existed well outside the existing resource area. At the time of drilling, the goal of the mining companies exploring at Kilgore was to establish a near surface, low grade, bulk tonnage deposit that could be quickly put into production. Mineralization was identified over a width of approximately 94.5m (300ft) averaging 0.26 g/t Au in a single, vertical rotary drill hole, KG85-5, approximately 200m west of the Kilgore Deposit, and lay under a cap of silicified rhyolitic and hydrothermal breccias approximately 200m to the west of the Kilgore Deposit (see Table 2.). This intercept was never followed up with further drilling. 19OKR-384 tested a portion of the undrilled space between the current resource and KG85-5 and encountered significant gold mineralization within silicified and oxidized lithic tuffs.

The drill results, combined with historic data, demonstrates the potential to host a body of mineralized material in a largely untested block approximately 500m long, 150m wide and 100m thick, extending from the Cabin Fault in the south, 500m to the north-northwest. This represents a high priority target for the next round of exploration drilling.

This broad zone lies approximately 400m south-southeast of the current Kilgore Deposit, lies well outside the 0.1 g/t Au grade shell, and represents a significant target for follow-up exploration drilling. The mineralized intercept is representative of the low grade disseminated, silica-adularia-pyrite-jarosite altered rocks containing gold-silver mineralization that forms the majority of the near surface Kilgore Deposit.

Hole 19OKR-387 returned significant silver values from 173.7m (570ft) to 178.3m (585ft), an interval of 4.5m (15ft) averaging 41.7 g/t Ag. The high grade silver values occur in moderate to strongly calc-silicate altered Aspen sandstone and siltstone; it is notable that the high silver values occur with no significant gold (0.05-0.06 g/t Au) suggesting a base metal mineralization assemblage that is atypical for the Kilgore Deposit.

The drill program was conducted by Alford Drilling of Butte, Montana and Major Drilling of Salt Lake City, Utah using Foremost 1500 and Schramm 450 reverse circulation drill rigs respectively. Drill samples were collected directly at the cyclone and split 50/50, with one sample being sent to the prep lab and the other kept at Otis’ Dubois facility.  All drill samples were collected and transported to the ALS prep laboratory in Elko, NV by Otis staff working on the project. All samples were crushed to 70% passing -2mm and then a 1kg split pulverized to 85% passing 75 microns. Samples were assayed for gold by 30g Fire Assay with AAS finish; silver was assayed by 4 acid digestion (HF-HNO3-HClO4 & HCL Leach) and analyzed by ICP-AES. Quality assurance / quality control samples (QA/QC) were inserted into the sample stream by Otis staff and included 5% field duplicates, 2.5 % certified standard reference material from Shea-Clark Smith of Reno, NV, and 2.5 % blank material (source: Columbia River Basalt).

Alan Roberts, MSc, CPG, Vice President of Exploration, serves as the Qualified Person for this news release and has reviewed and approved the technical content contained herein.

About the Kilgore Project