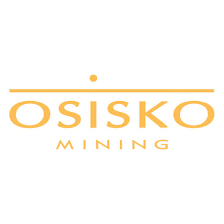 Osisko Mining Inc. (TSX: OSK) and Beaufield Resources Inc. (TSX-V: BFD) are pleased to announce that they have entered into a definitive arrangement agreement dated August 14, 2018 pursuant to which Osisko has agreed to acquire all of the issued and outstanding common shares of Beaufield which it does not already own. The Acquisition is expected to be completed by way of a statutory plan of arrangement under the Canada Business Corporations Act.

John Burzynski, President and Chief Executive Officer of Osisko, stated: “We are very pleased to announce today’s proposed transaction with Beaufield. By joining Osisko in our large scale exploration and development program at Windfall, Beaufield Shareholders have the opportunity to capitalize on the strong premium offered today and to benefit from the future growth of our project.”

Ron Stewart, President and Chief Executive Officer of Beaufield, stated: “We are very pleased to be joining forces with Osisko, which continues to demonstrate its leadership and strength in advancing its portfolio of resource projects including the flagship Windfall district. We believe the combination of our projects will provide benefit to the shareholders of both companies and look forward to participating in the future success of Osisko.”

Particulars of the Transaction

The Arrangement Agreement includes representations, warranties and covenants typical of a transaction of this nature, including with respect to non-solicitation, a right to match, and a fiduciary-out. In addition, Beaufield has agreed to pay a termination fee to Osisko upon the occurrence of certain events. The Arrangement Agreement, which describes the full particulars of the Arrangement, will be made available on SEDAR under the issuer profile of Beaufield at www.sedar.com.

Full particulars of the Arrangement will also be included in a management information circular of Beaufield describing the matters to be considered at the Beaufield Meeting, which is expected to be mailed to the Beaufield Shareholders in September 2018 and made available on SEDAR under the issuer profile of Beaufield at www.sedar.com.

The distribution of the Osisko Shares in connection with the Arrangement (as defined herein) will not be registered under the United States Securities Act of 1933.

Eight Capital has acted as the exclusive financial advisor to Beaufield.  Eight Capital has provided a fairness opinion to the special committee of the board of directors of Beaufield that, based upon and subject to certain assumptions, limitations and qualifications in the opinion, the consideration being offered by Osisko in respect of the Arrangement is fair, from a financial point of view, to Beaufield Shareholders.  Lavery, de Billy, L.L.P. is acting as legal counsel to Beaufield.

Maxit Capital LP has acted as the exclusive financial advisor of Osisko. Bennett Jones LLP is acting as legal counsel to Osisko.

Osisko is a mineral exploration company focused on the acquisition, exploration, and development of precious metal resource properties in Canada. Osisko holds a 100% in the high-grade Windfall Lake gold deposit located between Val-d’Or and Chibougamau in Québec and holds a 100% undivided interest in a large area of claims in the surrounding Urban Barry area and nearby Quevillon area (over 3,300 square kilometres), a 100% interest in the Marban project located in the heart of Québec’s prolific Abitibi gold mining district, and properties in the Larder Lake Mining Division in northeast Ontario, including the Jonpol and Garrcon deposits on the Garrison property, the Buffonta past producing mine and the Gold Pike mine property. The Corporation also holds interests and options in a number of additional properties in northern Québec and Ontario.

Beaufield is a mineral exploration company with its exploration activity focused in Québec and Ontario.