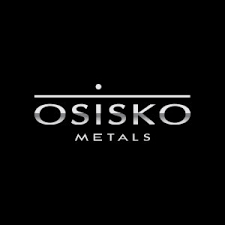 Jeff Hussey, President and CEO of Osisko Metals, commented: “We are very encouraged by the confirmation of the thickness and high grades of the core of the Main Zone Deposit. The Key Anacon project hosts two of the best targets across the entire Bathurst Mining Camp. Ongoing drilling at the Main Zone deposit is now targeting open or very sparsely drilled areas along strike and at depth. We are also seeing continued success at the nearby Titan Zone where drilling intersected significant thicknesses of Zn-Pb rich massive sulphides and new copper, silver and gold-rich zones”.

Note: True widths are estimated to be 75% of drill widths for the Titan Zone drill holes and 56% for the Main Zone holes reported.

The Key Anacon project is located approximately 20 km south of the town of Bathurst, New Brunswick and 16 km southeast of the former Brunswick No.12 mine. It is accessible by paved roads. The property contains two known Bathurst-type volcanogenic massive sulphide deposits containing zinc, lead, copper and silver. The Key Anacon Main Zone and Titan Zone deposits are situated at the same stratigraphic horizon that hosted the Brunswick No. 12 & No. 6 mines. The property covers approximately 12 kilometres of favorable Nepisiguit Falls stratigraphy that also extends onto the surrounding claims held 100% by Osisko Metals.

No mineral resource estimates have been calculated under NI43-101 guidelines. Except for exploration programs conducted in 1992-1993 and 2000, almost all of the drilling was completed in the 1950’s and 60’s, prior to currently required standards for quality assurance and quality control. The earlier drilling led to the establishment of a 460 metre shaft, a vent raise, eight levels and three sub-levels at the Main Zone. The Government of New Brunswick, Department of Energy and Resource Development, Energy and Mines Division reports the Main Zone deposit as having a historical resource (Non-NI 43-101 compliant) of 1.87 million tonnes grading 6.93% Zn, 2.63% Pb, 0.16% Cu, and 84 g/t Ag in multiple folded lenses. The deposit is open at depth and along strike.

Exploration potential at Key Anacon and the Company’s adjacent properties is considered to be excellent on the basis of the presence of the Brunswick Horizon stratigraphy and the expansive zones of mineralization and alteration. Both the Titan Zone and Main Zone are open at depth and along strike. Exploration and development programs in the 1950’s and 1960’s were terminated due to the pullback of the zinc commodity price at that time. Since then, only two minor exploration programs were conducted by major mining companies.

Mr. Gary Woods is the Qualified Person responsible for the technical data reported in this news release. He is a Professional Geologist registered in New Brunswick and is the Senior Exploration Manager of Osisko Metals Incorporated.

Osisko Metals adheres to a strict Quality Assurance and Quality Control program with regard to core handling, sampling, transportation of samples and lab analyses. Drill core from Osisko Metals Bathurst Camp projects is securely transported to its core facility in Bathurst, NB where it is logged and sampled. Samples selected for assay were shipped via secure transportation to the Actlabs preparation facility in Fredericton, NB. Pulps were analyzed at Actlabs facility in Ancaster Ontario. Zinc, lead and copper were analyzed by assay grade peroxide fusion (total digestion) with ICP-AES finish. Silver was analyzed by gravimetric fire assay and gold by fire assay-atomic absorption.

Osisko Metals is a Canadian exploration and development company creating value in the base metal space with a focus on zinc mineral assets. The Company controls Canada’s two premier zinc mining camps in Canada, namely the Pine Point Camp located in the Northwest Territories (22,000 ha) and the Bathurst Mining Camp located in northern New Brunswick (63,000 ha). The Company is currently drilling in both mining camps for a combined 100,000 metre program.  The focus of these programs is to upgrade historical resources to comply with NI43-101 regulations and also on exploration around historical deposits. Brownfield exploration includes new innovative 3D compilation techniques, updated geological interpretation, and modern geophysics. In Québec, the Company owns 42,000 hectares that cover 12 grass-root zinc targets that will be selectively advanced through exploration. In parallel, Osisko Metals is monitoring several base metal-oriented peers for opportunities.