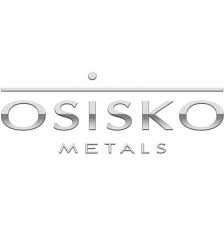 These results are of particular importance as the goal of these planned drill targets is to link significant historical massive sulphide intercepts and other holes containing mineralization indicators that occur at both ends of the strike of a potential deposit. Widely-spaced historical intercepts were not previously interpreted as one continuous zone. Results reported here suggest that the thicker massive sulphide trend extends over a lateral strike length of 420 metres, between holes GS-00-38 and GS-99-22 with the potential to extend the deposit boundary further. Ongoing drilling and planned drill holes will continue to test these target areas (Click here to see Longitudinal Section Map).

Jeff Hussey, President and CEO of Osisko Metals, commented: “We are excited by the success of the drilling program which continues to duplicate historical results and is giving evidence of an extension of the north-south trend of the deposit. Massive sulphides are showing lateral continuity and increased thicknesses and grades.”

Historical drilling on the project tested only the up-dip and down-dip regions of the trend at spacing ranging from 100-200 metres with local spacing of 60 metres.

Drilling is also testing the continuation of other historical intercepts of zinc and lead-bearing massive sulphides in the Gilmour South area. GS-00-33W1 was drilled as a wedge test of mineralization intersected in the parent hole. This drill hole is the beginning of an investigation of a new potential area for exploration focus that is located north and down dip of the mineralized trend described above.

The Brunswick Horizon is present at Gilmour South over 1.4 kilometers and is characterized by sulphide mineralization, host-rock types and alteration similar to the Brunswick Mines stratiform zinc-lead sulphide mineralization otherwise known as the “Brunswick Horizon”. Mineralization has not been well-delineated and has been investigated by relatively sparse historical drilling at approximately 200 metre centres. (Click here to see location of Gilmour South)

Mr. Robin Adair is the Qualified Person responsible for the technical data reported in this news release. He is a Professional Geologist registered in New Brunswick and is Vice President Exploration of Osisko Metals Incorporated.

Osisko Metals adheres to a strict Quality Assurance and Quality Control program with regard to core handling, sampling, transportation of samples and lab analyses. Drill core samples from Osisko Metals were securely transported to its core facility in Bathurst, New Brunswick where they were logged and sampled. Samples selected for assay were shipped via secure transportation to Activation Laboratories preparation facility in Fredericton. Pulps were analyzed at Activation Laboratories facility in Ancaster, Ontario. Zinc, lead and copper were analyzed by assay grade peroxide fusion (total digestion) with ICP-AES finish. Silver was analyzed by gravimetric fire assay and gold by fire assay-atomic absorption.

Osisko Metals is a Canadian exploration and development company creating value in the base metal space with an emphasis on zinc mineral assets. To date, the Company has consolidated over 63,000 hectares in the historical world-class Bathurst Mining Camp located in northern New Brunswick, in which it is focused on upgrading and expanding 6 historical deposits. The Company is also aiming to complete the acquisition of Pine Point Mining (previously announced) during the first quarter of 2018, which will give it a 100% interest in the historical Pine Point mining camp located in the Northwest Territories of Canada. The Company’s strategy in both mining camps is to develop a multi-deposit asset base that could feed a central concentrator. In Québec, the Company owns 42,000 hectares that cover 12 grass-root zinc targets that will be selectively advanced through exploration. In parallel, Osisko Metals is monitoring several base metal oriented peers for projects and acquisition opportunities. Osisko Gold Royalties Ltd. (TSX:OR)(NYSE:OR) and Osisko Mining Inc. (TSX:OSK) are significant shareholders of the Company.