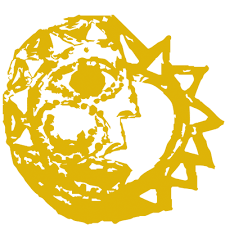 Oroco Resource Corp. (TSX-V: OCO) (OTC: ORRCF) is pleased to announce that it has closed the second and final tranche of the previously announced non-brokered private placement, issuing an additional 2,653,811 units at a price of $1.70 per unit, for gross proceeds of $4,511,478.70.  Each unit consists of one common share and one common share purchase warrant.  Each whole share purchase warrant will be exercisable into one additional common share for a period of 24 months from closing at a price of $2.40 per share.  Together with the first tranche, the Company has issued an aggregate of 10,708,696 units for gross proceeds of $18,204,783.

The proceeds of the Financing will be used, for the continued exploration of the Company’s Santo Tomas Project, provision of a reserve for acquisitions and for general working capital purposes.

In connection with the second tranche, finder’s fees of $182,000 cash and 25,000 common shares of the Company are being paid to Red Cloud Securities Inc. and Vertigo Partners Ltd.

The Company holds a net 73.2% interest in the collective 1,172.9 ha Core Concessions of the Santo Tomas Project in NW Mexico and may increase that majority interest up to an 85.5% interest with a project investment of up to CAD$30 million.  The Company also holds a 77.5% interest in 7,807.9 ha of mineral concessions surrounding and adjacent to the Core Concessions (for a total project area of 22,192 acres).  The Project is situated within the Santo Tomas District, which extends from Santo Tomas up to the Jinchuan Group’s Bahuerachi project, approximately 14 km to the north-east.  Santo Tomas hosts a significant copper porphyry deposit defined by prior exploration spanning the period from 1968 to 1994. During that time, the property was tested by over 100 diamond and reverse circulation drill holes, totaling approximately 30,000 meters. Based on data generated by these drill programs, a historical Prefeasibility Study was completed by Bateman Engineering Inc. in 1994.

The Santo Tomas Project is located within 160km of the Pacific deep-water port at Topolobampo and is serviced via highway and proximal rail (and parallel corridors of trunk grid power lines and natural gas) through the city of Los Mochis to the northern city of Choix. The property is reached by a 32 km access road originally built to service Goldcorp’s El Sauzal Mine in Chihuahua State.