Oroco Announces Completion of the Sale of Cerro Prieto 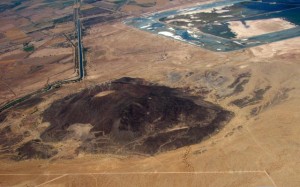 Oroco Resource Corp. (TSX VENTURE:OCO)(FRANKFURT:OR6) is pleased to announce the closing of the sale to Goldgroup Mining Inc. of a 100% interest in Oroco’s Cerro Prieto Project effected by way of the sale of the Company’s wholly-owned Panamanian subsidiary, Minera Polimetalicos Mexicanos, S.A. and its Mexican subsidiary, Minas de Oroco Resources, SA de CV, the owner of the mineral concessions making up the Cerro Prieto property.

Due primarily to the fall in the price of gold during 2013, Oroco and Goldgroup agreed to restructure the terms of the Transaction from those agreed to in January, 2013, resulting in an amended and restated debt assignment and share purchase agreement dated August 30, 2013 . Pursuant to the terms of the Amended Agreement, the following occurred on closing:

In furtherance of closing the Transaction, the Company entered into a subordination agreement with Goldgroup and the agent for the holders of the Company’s outstanding debentures, who are also the lenders to Goldgroup of the CDN$4.25 million dollar senior secured loan facility. Pursuant to the Subordination Agreement, the Company will not accept any payment related to the First Note, the Second Note and the Production Royalty until after the Loan Facility has been repaid. However, if Goldgroup elects to pay the Second Note with 16,500,000 of its common shares in lieu of cash, the Company may accept those shares.

In support of the Transaction, the Company received an independent Fairness Opinion in which the Transaction was determined to be fair to the shareholders of the Company, from a financial point of view. The Company also received conditional approval from the TSX Venture Exchange to close the Transaction on the terms of the Amended Agreement, with final approval being subject to the provision to the TSXV of final documentation following closing.

Prior to the closing, the Company took an assignment of all of the Minas de Oroco Resources, S.A. de C.V. right to the refund of any value added tax paid in Mexico during the years 2008 through 2012, estimated to be approximately $500,000.

The Company is also pleased to announce that it has paid out in full its outstanding debentures in the aggregate amount of CDN$4,068,750.

Commenting on the Transaction, Oroco President Craig Dalziel stated: “We are extremely pleased that the Cerro Prieto Project was acquired by Goldgroup Mining Inc., as we see Goldgroup as the ideal purchaser for a project of this nature. Goldgroup has the recent experience of operating successfully in Sonora State at Cerro Colorado, and is in position to easily transition to Cerro Prieto. In addition, as a new Goldgroup shareholder, Oroco is confident that the Goldgroup senior management team is capable of adding significant value to Goldgroup’s mining portfolio.”

Mr. Dalziel added: “Important elements to the Transaction are that Oroco is able to eliminate its debenture debt and secure ongoing revenue, thereby placing the Company in much better position to focus on the Xochipala Project in Guerrero State, Mexico, a prospect which shares important characteristics with the known gold-bearing structures elsewhere in the Guerrero Gold Belt.”