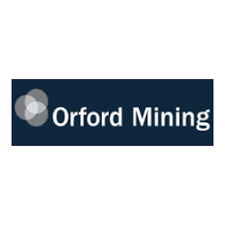 Finders received compensation in respect of a portion of the financing consisting of an aggregate of C$119,448.00 in cash and 672,900 non-transferable finders warrants. Each finder’s warrant entitles the holder to purchase one common share of the Company for a period of two years at an exercise price of C$0.26.

Orford intends to use the proceeds of the Offering to commence exploration of its newly acquired Joutel area properties in the coming weeks; Joutel South and McClure East, to continue exploration on its Qiqavik project in Northern Quebec and for general corporate purposes. The Qiqavik project represents a new gold discovery in the Cape Smith Belt of Northern Quebec.  The Joutel area properties are vastly underexplored and we look forward to advancing them.

The securities issued under the Offering are subject to a hold period expiring on February 17, 2021.

Orford Mining is a gold explorer focused on highly prospective and underexplored areas of Northern Quebec. Orford’s principal assets are the Qiqavik and West Raglan projects comprising a land package totaling over 80,000 hectares in the Cape Smith Belt of Northern Quebec. The Qiqavik Project hosts several new high-grade gold discoveries along a mineralized trend in excess of 40 km. The West Raglan project hosts a number of high grade Raglan-style nickel/copper/platinum group metal discoveries along a 55 km mineralized trend. Orford also recently acquired two property positions in the Joutel region of the Abitibi district of northern Quebec, which hosts historical deposits such as the Eagle/Telbel, Joutel Copper, Poirier Copper, and Vezza deposits. Orford continually seeks new gold exploration opportunities in North America. Orford’s common shares trade on the TSX Venture Exchange under the symbol ORM. This information from neighbouring properties is not necessarily indicative of the mineralization on Orford Mining’s properties.