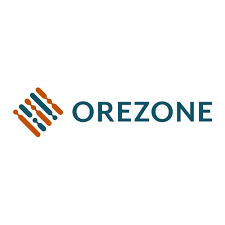 The Offering was co-led by Canaccord Genuity Corp. and CIBC Capital Markets, and included Raymond James Ltd., PI Financial Corp. and Sprott Capital Partners LP. The Underwriters received a cash commission equal to 4% of the gross proceeds of the Offering.

Resource Capital Fund VII L.P. which has a participation right pursuant to the terms of an investor rights agreement dated March 23, 2018, exercised its right and, as a result, following closing of the Offering, owns 19.28% of the total issued and outstanding Shares.

The Offering was completed pursuant to the Company’s final base shelf prospectus dated November 3, 2020 and the prospectus supplement filed on January 25, 2021 with securities regulators in each of the provinces of Canada, other than Québec.

Following completion of the Offering, the Company will work to close its previously announced US$96 million senior secured debt facility with Coris Bank International and the US$35 million convertible note with RCF VII and Beedie Investments Ltd. to fully fund Bomboré into production. The Company intends to use the net proceeds from the Offering for the development and construction of the Bomboré Project as well as for general corporate purposes.

Orezone Gold Corporation is a Canadian development company which owns a 90% interest in Bomboré, one of the largest undeveloped gold deposits in Burkina Faso.

The 2019 feasibility study highlights Bomboré as an attractive shovel-ready gold project with forecasted annual gold production of 118,000 ounces over a 13+ year mine life at an All-In Sustaining Cost of US$730/ounce with an after-tax payback period of 2.5 years at an assumed gold price of US$1,300/ounce.  Current Bomboré mineral resources are in excess of 5 million ounces of gold.  Orezone is now fully funded to bring Bomboré into production with the first gold pour scheduled for Q3-2022.